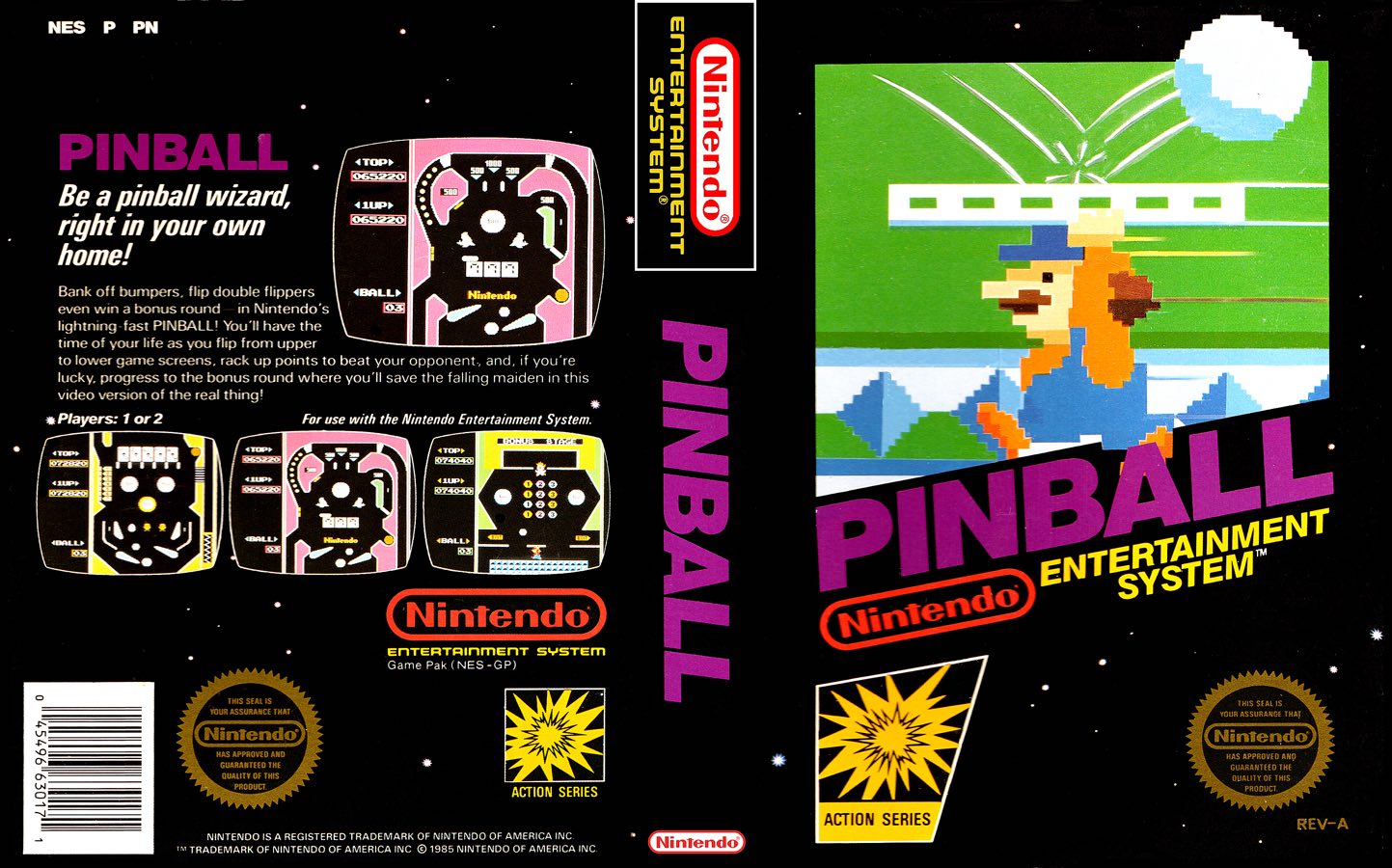 You can’t say that this game isn’t trying to be direct. With a title like Pinball, it’s letting you know up front what kind of game this is going to be about and I can definitely respect that. This was the final NES game on the Switch Online service that I had not completed yet so it felt good to knock it out. It’s fairly basic though so whether you like it or not will depend on if you like Pinball.

That’s because this is the only mode in the game. It’s literally just playing Pinball over and over again on the same field. There are no other levels or bonus features to play. I imagine that I probably would have been a little disappointed if I had bought this opening day but I dunno, maybe it would have been nice. I imagine it saves you a lot of money to play this on the console than to go to the arcade every day. Technically you do have a lot of replay value to try and beat your high score all the time.

Of course for that to mean anything you’re going to need to not use the rewind or access points since then you could create as high a score as you want. Without any extra features though, I can say that this is one of those games I played for 30 minutes or so and then put down. At this day and age there are just other Pinball games I could play instead that have more features and all of that.

Not to say that this is one to be forgotten but unless you’re playing it for free like I did, then I don’t see why you would purchase it. There really isn’t an incentive to go out and buy this game when you could play something like Metroid Pinball instead. Granted, that one wasn’t amazing either. The single best Pinball game would be Mario Pinball because it actually had a story and even took place in the 64 continuity which was a blast. Now that is a Pinball game that I won’t be forgetting any time soon.

In terms of the graphics I would say that it looks pretty good. It’s not amazing or anything but you can always tell what is happening which is the important part. Mario even makes a little cameo here during the bonus level where you have to catch Pauline and escort her out safely. This gets you a ton of points so it’s definitely worth doing. Beyond that, just play your hardest and you’ll get great scores in no time.

I always felt like there was a bit of luck in the game with the ball just falling straight down the middle though. Like what can you possibly do in a situation like that? It feels like you’re just out of luck at that point whereas in the arcade as least you could jiggle the table or something. Not officially recommended of course heh heh. There isn’t much of a soundtrack here but the steady music that is around is nice and soothing so it works well enough with the game.

Now if this ever got a remake then I think there’s a lot you could do with it now. Have stages for each of the Nintendo mascots. Like you could have a Mushroom Kingdom stage where you see Mario and friends with the obstacles and bumpers being related to the characters. One for Metroid, etc. At the end of the day it’ll still be the normal Pinball that you know and love but with a lot of visual effects that would be fun. Bumping up the visuals and the soundtrack is the best way to enhance a Pinball game to the next level. Of course adding a story is also great but I feel like that would be rare for the genre so I wouldn’t hold out too much extra hope on that.

Overall, Pinball is a decent game. There just isn’t a lot to do beyond playing Pinball and there are so many free games for that at this point. If you really like Pinball then it’s nice that you have something to play on the console but otherwise I’d say you can give this one a pass. Maybe play it for a few minutes but I don’t think it’s something that will hold your attention in the long run. There’s just too much other competition out there.