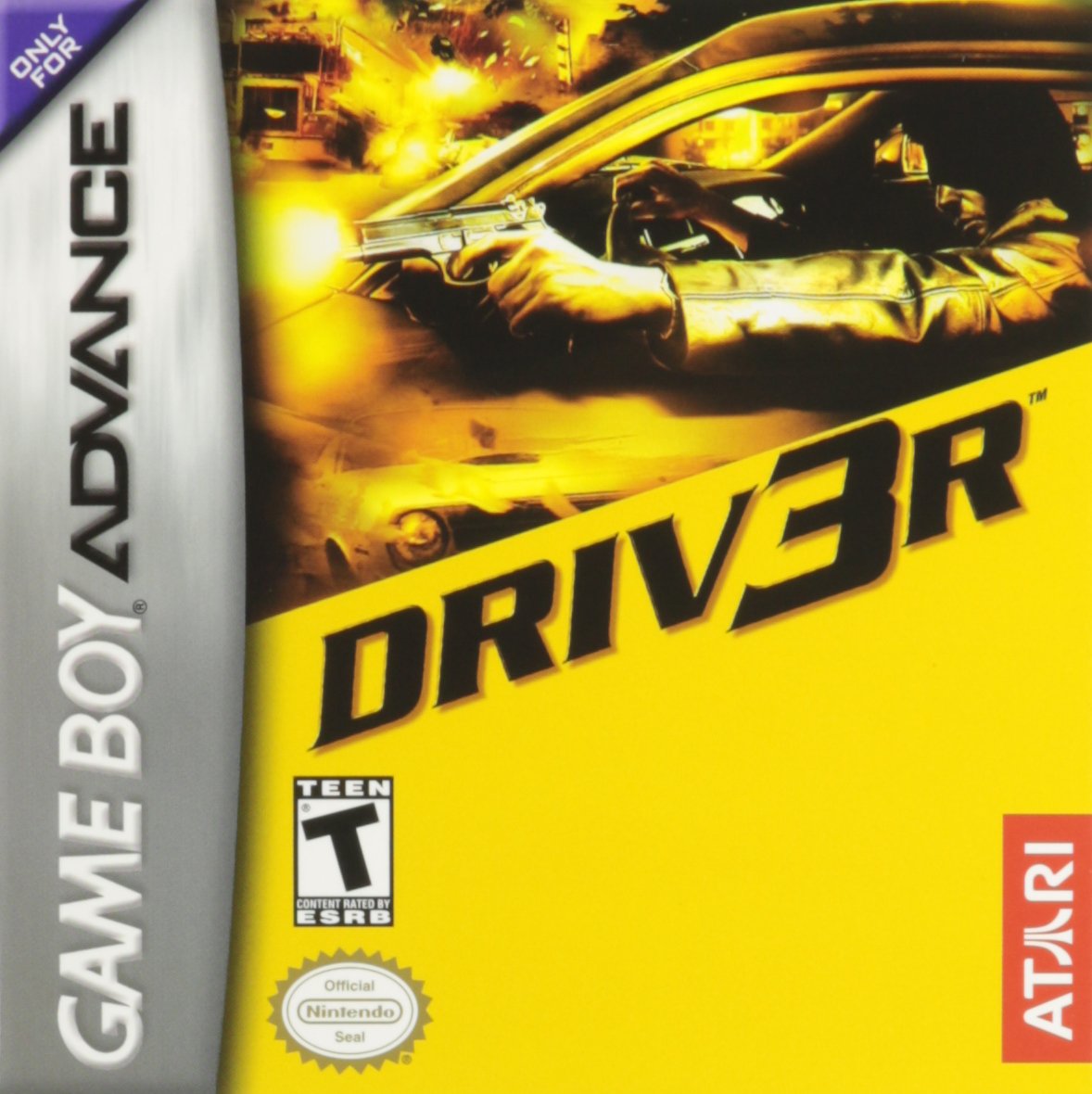 The Driver series seems to have peaked with the first one so far because it has been wayyyyy better than the two sequels. You can’t even compare them but granted, the first I played on Playstation while the next two have been on GBA. These editions leave a lot to be desired and this game in particular was a lot weaker than I had expected. Personally I just thought that it was going to be a lot better than the final product. It’s not a game I would really be recommending to people.

Tanner is back and this time he has to go undercover in Miami to grab some bad guys and find out about car transactions. The plot has a very Fast and the Furious feel to it but the abridged version. It feels like the game grabs screenshots from the home console games and then picks some text to go with it. As a result you get a very fragmented version of the story. Additionally there is nothing to show who is talking so half the time they keep changing the person who is talking in the cutscene but you have no idea who is saying what.

The story ends up being a bit bland as a result. It doesn’t help that the game only has one musical theme that plays for every cutscene. The game is definitely on the low budget side that’s for sure. I was never really able to get all that invested into the story so then the gameplay has to hold its own. There are good and bad things about the gameplay though so that’s why it wasn’t up to the task of carrying the whole game on its back. First off the game can’t process most of the background items.

What that means is you’ll be driving when suddenly a car appears in front of you and knocks the wind right out. A single crash can often mean that you will lose a level, particularly if it’s a head to head collision. There are a lot of high speed chases and such but with this it makes the game a little tougher than it would be otherwise. Particularly when it’s a long level then replaying the whole thing is a hassle. The final level in the game involves 3 checkpoint races in a row and yes if you lose any of them then you start all 3 again.

There is a new mechanic in this game which is that you can actually fight on foot. You get out of your car and start firing shots but there is a big catch to this. See, it was actually going to be a really fun mode but what ruins it is how quickly you can run out of bullets. If you run out of bullets then you have no way to fight back so you just have to lose to the opponent. An additional penalty is that dying takes you back to before the mission and often means that you will have to drive halfway across the city to get back to where you were. Every time you die it’s a huge time delay. I appreciate that the game’s hub world is so big but there should be a quick travel option somewhere. That would have helped out a great deal.

Then getting more ammo is a hassle. (You lose any ammo you used even if you die by the way) You have to find some packs scattered across the massive hub world which is difficult or you have to beat all sub missions of a color which will get you a new weapon. This will come with some ammo. It’s worth unlocking the weapons anyway though because they are considerably more powerful than the starting weapon that you get. Always keep your most powerful weapon equipped as well since ammo you pick up will then go to that one.

Completing the game without the latter weapons will be nearly impossible so make sure you complete the missions. Most of the missions can be a lot of fun at least and they’re short. I didn’t feel bothered at playing them and they would often beat some of the story missions. In the story I mostly don’t like when you have to tail someone, just let me go full blast in a race or something instead.

I do like the combat though and driving can be fun when you’re allowed to go all lout. You can move at really high speeds and while this often causes the game to lag a whole lot, it still feels nice. Surprisingly there is no police mechanic here so you can bump into everyone with no problem. I missed that a bit since it was such a big part of the original Driver game. Maybe they just couldn’t figure it out for GBA or something like that.

The graphics are okay but I would say below average. It didn’t seem like a whole lot of effort was put into this one compared to the bigger titles. It almost looks and feels like some kind of cash-in. I already noted how the soundtrack is basically nonexistent as well so don’t expect any really big tunes there. This is definitely not that kind of title. At least the main theme isn’t bad. That’s good because you’ll be hearing it a whole lot.

Ultimately at its core this game just needed a lot of quality of life upgrades. For starts you should get some ammo when you revive and you need a better way of getting more. Whether that means buying ammo or spawning it in more places, it shouldn’t take forever to get it. I nearly died against the final boss who was a real bullet sponge and if I lost there that would have been disheartening because it took so long to get those bullets in the first place. Then we need quick travel and losing a mission should give you the option to retry it rather than having to drive all the way there again. That would have at least given the game a fighting chance instead of making the levels needlessly exhausting at times.

Overall, Driv3r is not a very good game. I thought it would be better than it was. The gameplay is just good enough to keep me from calling it a bad title but there is almost no reason to get it. There are much better car games to buy as well as shooters. If you have the original Playstation or a PS2 then I would say to just buy the original and play it again. It’s way better and really executes on the potential and possibilities of the franchise. This one isn’t trying nearly as hard. I do still have high hopes for the PS3 title though because we’ll be back on the home consoles and it should have a good budget. If that one is no good then I don’t know what to say at that point. It would be a bit odd.