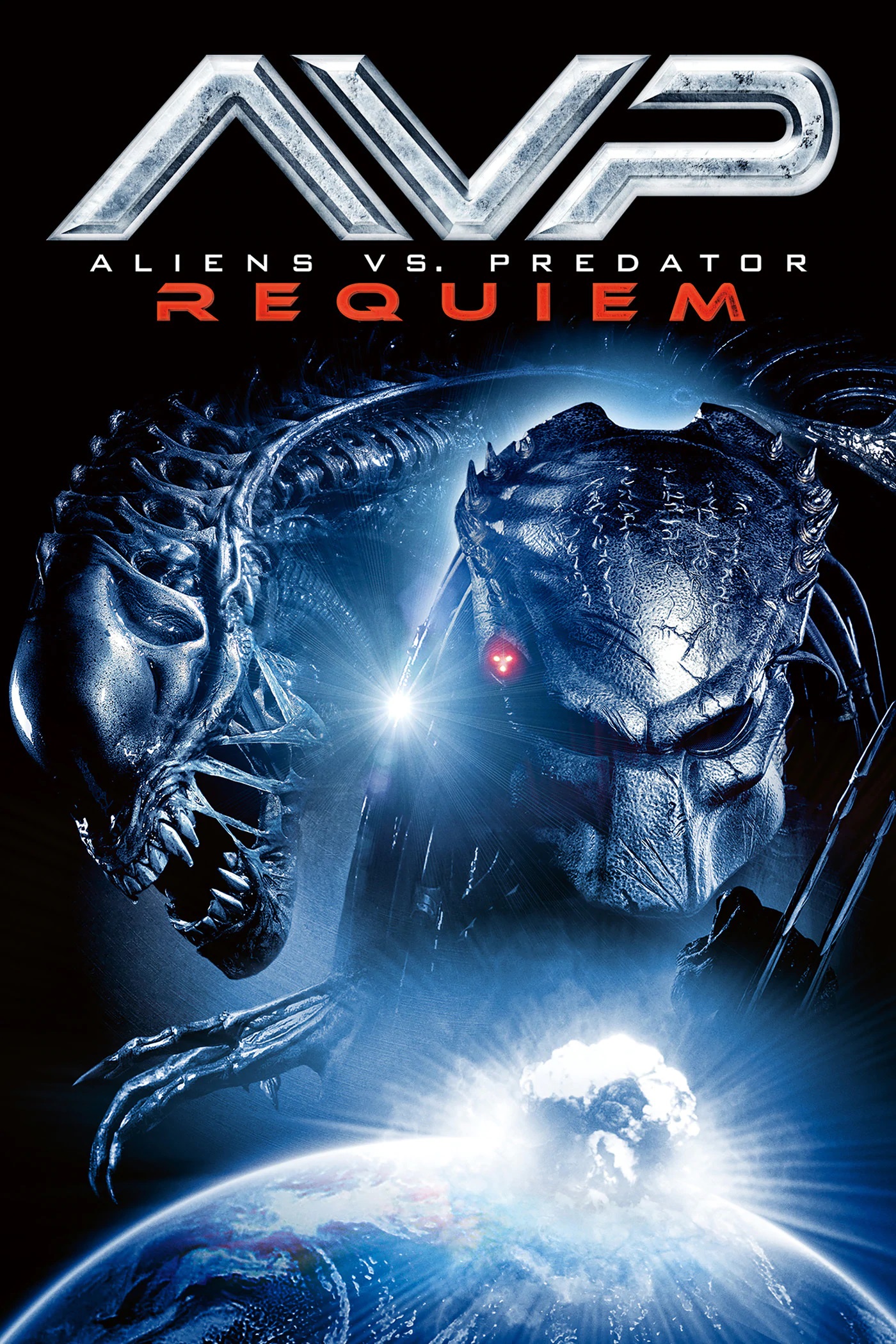 The big Alien vs Predator sequel has made it but unfortunately this would have to go down as the weakest film in the series. It goes way too far in just how gruesome and edgy it wants to be. This time you have kids and actual babies being taken out as well. Ultimately there isn’t a whole lot to like in this one and not even the crossover element is enough to get this one to win.

The story picks up where the last one left off which is that there was an alien growing inside of the Predator. It ends up hatching and causes a ton of damage before crashing back to Earth. One Predator decides to go down and take the Predalien out but it won’t be easy. A lot of aliens have quickly started to grow on Earth so the infestation is back to being just as strong as it was before. Any progress that could have been made for the humans is effectively gone now. The humans in this area need to try and escape as soon as possible.

Lets get the violence out of the way here first. A big part of why this film is no good is just how extreme the violence is all the time. It sets the tone early when the kid and his father get brutally murdered by the aliens and it just keeps on going from there. Going after the babies at the hospital was just crazy and I could also deal without all of the chestbursters everywhere. Those are always the worst part of the Aliens. Just give us the full sized Xenomorphs and stick to those. I guarantee it would make for a better film all the way around.

The film is also infamously dark as you’ve probably heard. Everything is in the shadows so it feels like the film isn’t particularly confident in its special effects. Just give us the full fights. The Predalien has a cool design and the fight with the Predator is cool while it’s in the special green vision but otherwise the fights aren’t impressive because of this. So that’s part of the big hook of the film in theory and the movie doesn’t take advantage of it. So much for this being a big crossover.

Then we’ve got the humans and none of them are really any good. Ricky is the main guy here and he likes Jesse but she is already dating the school bully. That should be enough for Ricky to just acknowledge that it’s over and move on but he doesn’t go down that route. He throws a joke at the bullies which leads to him being beat up and then he’s still willing to rebound with Jesse after this.

The romance is really bad the whole time and the characters aren’t likable. Why was Jesse with this guy in the first place? It seems like this wasn’t the first time the bullies have messed with Ricky so he didn’t play that very well at all. His older brother Dallas at least seems reasonable as he tries to handle things peacefully and helps find the keys. He also handles the whole alien infestation calmly which is more than can be said for some of the characters.

One of them decides to just believe the government which is never really a good idea. I do like the government here. They’re definitely really sinister and shady as you’d expect but they make for a fun antagonist. Any scene with the government has them in a very darkly lit room acting suspicious even when they are supposedly trying to help out. I imagine they don’t seem as suspicious on the phone but I was glad that at least one person took notice.

The film does have a reasonable twist ending which is good to set up the next film even if it’s not as impactful as you’d expect. To me it implies that the humans are aware of other alien races and might be ready to make a deal or a move with one of them. That would have been really interesting to change things up as opposed to the usual aliens vs predators direct line up. Maybe even have the two forces team up? Would be tough since the Xenomorphs are usually mindless though.

Too bad the government didn’t appear more. I think that could have helped the film quite a bit. They were way more interesting than the main characters after all and at least they had some kind of a plan. Lets just say they make the climax a little more explosive. If you had good main characters then this wouldn’t be necessary but we didn’t have great characters. The writing isn’t good and there’s no memorable soundtrack so at the end of the day there isn’t much to the film beyond that.

I also think the Xenomorphs look a bit weak here. By this point it’s apparent that a single Predator can take them down by the dozens which is a little extreme. Outdoors perhaps the Predator has the edge but half the time he’s beating them in confined spaces and indoors as well where they should have the edge. I want to see the Aliens holding their own even when there are no cheap shots involved. How can this be a real rivalry otherwise? The Xenomorphs have a lot of physical strength so that should be enough to tip the scales.

Overall, Aliens vs Predator 2 is just a bad movie. The camera work isn’t great, the whole concept of the battle between the two series takes a back seat and there’s barely a plot. Half the time we’ll just be introduced to new characters so they could be murdered as normal. The cast is small enough where they literally are bringing in characters just to have them destroyed. What this tells me is that the film’s story wasn’t long enough to actually stretch into a full length movie without this and so the writers should have gone back to the drawing board.