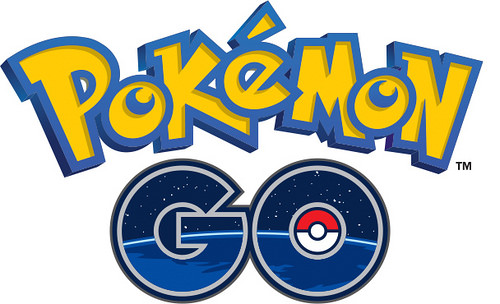 It’s time to finally review the big app sensation of the last few months. I played it quite a lot and got all the way to Level 32. The game’s starting to die down now with the cold weather stopping many players so now felt like a good time to review it. I’ll still be sticking with it but my pace has slowed quite a bit so if anything, I’ll just add updates whenever I reach a new level. I can certainly say that it has lived up to the hype although I’ll admit that it was a rough road at first with all of the bugs. The game isn’t 100% smooth yet, but we are getting there and the game continues to add updates. As this is an App game, the review likely won’t be all that long, but still longer than most similar titles.

You are given some Pokeballs to start the game with. You catch Pokemon and every time you do this you get 100 stardust and 3 candies for that Pokemon. You can use stardust to power up your Pokemon and you can use the candy to evolve them into stronger forms. You can transfer duplicates that you don’t want to the Professor. As you level up in the game, you’ll get more items like Great and Ultra Balls as well as access to stronger levels for your Pokemon. The end goal for players is usually one of two options. The first is to simply complete the Pokedex. That’s my end goal although it is certainly a very tough one. I don’t count Regional Exclusives, but even so you have to get lucky to catch some of the rare ones like Snorlax and Lapras. The other goal is to get to Level 40, which is quite the achievement as well since the EXP needed for each level grows tremendously as you go through the game. I’m at Level 32 and I believe that means that I am just barely over half way or maybe not even there yet.

The game itself is very simple. You’ll understand how to play it in a matter of minutes. What made it a sensation is the fact that you find Pokemon out in the wild and you can activate the camera so you can see the real world at the same time. I never use that feature because the battery drain is already quite high without considering that. It’s fun because it loosely tracks the distance that you walk and it’s a way to keep you active and about. You may walk more while playing the game because you want to catch Pokemon and get some more EXP. It’s a game that you can’t play quite as well indoors as outdoors.

If the game had been handled smoothly, I think it still could have been a big sensation right now. Unfortunately, the game has a tendency of shutting off, heating up your phone, glitching your gym battles and locking you out, and a whole plethora of issues. I’m not even going to go into them because you’re probably well aware of them thanks to the internet and how popular the title was. The only bug that really bothers me now is the Gym one. Whenever I try to take over a Gym, I’m blocked out because of a random glitch. It’s gotten to the point where I haven’t taken over a gym in a very long time. That’s tough on coin earning since it’s the only way to earn coins. I have a survey app which has helped quite a lot with that, but it’s still not a very fun issue to have.

I don’t want this review to give off a negative vibe though. As you can tell, I’ve played the game for a very long time. It’s a highly addictive title much like Mario or Pac Man and it’s a game that can last you for well over a year. They may raise the level cap when they add in future generations which could be fun or frustrating depending on how you look at it. That’s not til the summer though and I have my doubts on whether I’ll be playing that far into the future, but you never know. I don’t plan to delete the app even when I’m playing rarely so I can always go back and look at it. Ultimately, it is an app and those are great for passing the time. The game will likely be even smoother and more polished by that point.

The graphics for the game look pretty good. Considering that it’s a mobile title, everything is clear. The soundtrack is limited as it only has one or two actual themes. The main theme isn’t very good, but the other one is all right. I’d love the ability to add in your own musical tracks, but I play on mute 99% of the time so I suppose it wouldn’t actually make a huge difference to me in the end.

Overall, Pokemon Go was a sensation and I’m glad to have been apart of it. It’s definitely the kind of thing that you’ll have fun telling people about many years down the road. This is the company’s second project of this kind so I wonder if they’ll ever do another franchise. I doubt it would get quite as much traction since nothing is quite as big as Pokemon when it comes to catching them all, but it is a very successful formula. At Level 32 with 137/150 Pokemon caught, I’d definitely say that I’ve come far. If you haven’t played the game yet, then I recommend giving it a whirl. It’s not the same as when it first came out of course, but there are still a lot of lures around to attract Pokemon with and it’s better to start now than later. More players is always a good thing for the game since it means that the gyms will stay active and you’ll have actual competition. Just remember that Team Valor is the way to go!