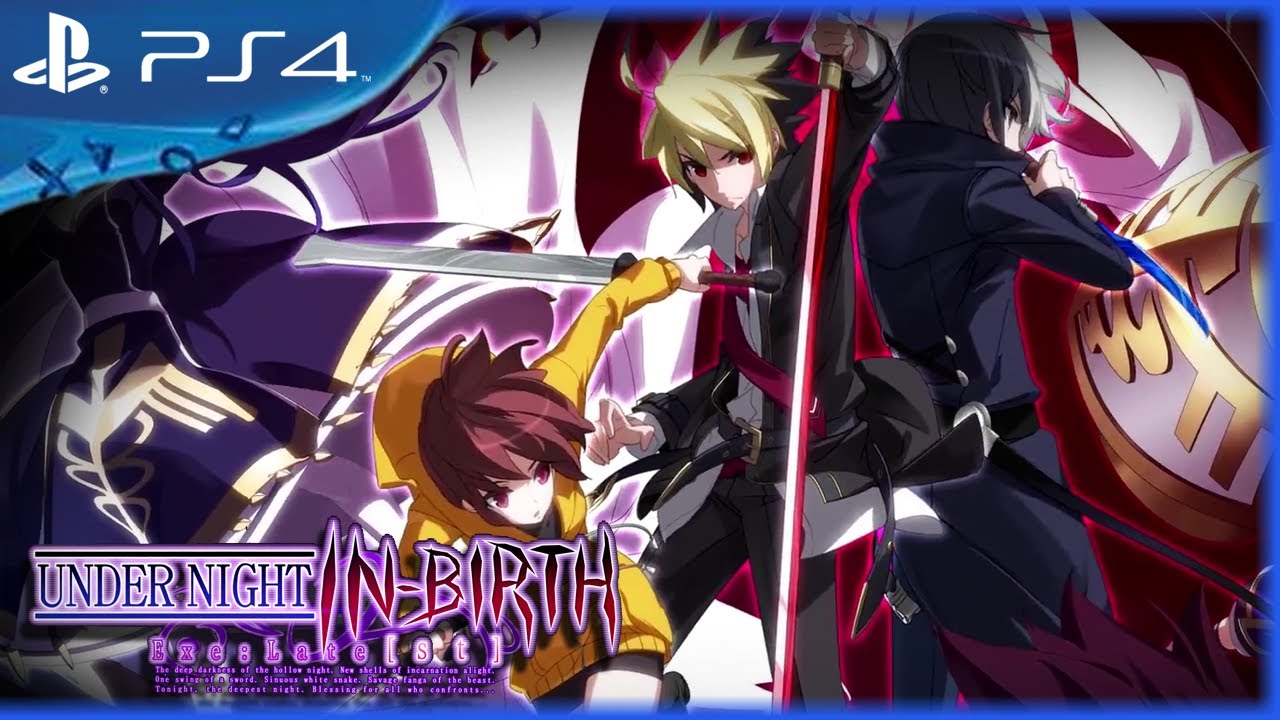 It’s time to look at a recent fighting game that came out for PS4. The fact that it got announced for EVO was a fun coincidence as I had already ordered this game. Now if anything it’ll help me keep up with what’s happening during the tournament a lot better. Arc Systems has always been great with fighting games so right off the bat I knew that this one would be very good. I certainly was not disappointed. It’s definitely a great title.

There isn’t a central plot here, but instead each character has a story that is told through their Arcade Mode. This is a staple for many fighting games so it’s not surprising. The game does give you a little extra content through the Chronicles mode where you learn more about each character though. There’s actually quite a bit of content here. Completing the game with every character will take some time for sure. The general premise is that once a month the “Night” occurs where people from various eras and locations show up to fight. In a way it’s very similar to the Fate plots except that it all happens in the span of a single day. The characters must stop whoever is leading the charge this time before people start being turned into voids and become a danger to society. Some of the characters fight for justice, others for evil, and others for personal reasons. Either way, only one can survive.

The gameplay is that of a fast paced 2D fighter. Each character has quite a lot of combos and you’ll want to master them all if you want to start overwhelming the opponent. It’s definitely a game where you won’t ultimately go too far by button mashing. The combos are made in a way where you need to switch buttons to really use the best ones. Just hitting one button simply won’t work. Still, the game makes you feel good with how much damage you end up dealing all the time. Each character has a unique fighting style so you’ll want to find the character that ends up clicking with you.

Fortunately most of the characters are pretty fun here. I definitely enjoy Hide as he’s a fun protagonist. He’s always up for a fight and while the guy can be laid back, he steps in when necessary. Linne is a good supporting character who is a lot older than she appears. Her experience gives her an edge in combat. Finally there is the Assassin who never likes to say his name. His cool demeanor and expert fighting style makes him a threat as well. One thing that all 3 of these characters have in common is that they’re close range sword users. You just can’t beat that gameplay style.

This game really delivers on a graphics front as well. The visuals for the attacks are great. Pretty much every attack has some kind of effect going on. The stages are very dynamic as well and everything looks very pristine and modern. It would have been nice if we could have gotten some actual cutscenes instead of just having a bunch of still images but I suppose you can’t have everything right? Even more impressive than the graphics here is the soundtrack. Pretty much every theme is dynamite. That’s good because you’ll be hearing the themes quite a lot. Each character has their own unique theme and then the game has a few miscellaneous ones as well. Most of them are fast paced rock songs so you can definitely see why they would appeal to me.

For replay value, this game is a fighter so it automatically has an unlimited amount. You can keep on playing others locally or online to hone your skills. You can spend the money you earn on unlocking new costumes and titles. You don’t earn much money from doing Story Mode so you’ll have to see which way earns it the fastest. Either way there are a ton of things to buy so I expect it’ll take you a very long time to do so. You definitely won’t be putting this game down for quite a while after you buy it. It’s here for the long haul.

If anything it would be fun to see this turned into an anime or manga at some point. It’s got a lot of cool ideas and the story is very large in scope. The game can’t really touch on it all that much though since Arcade Modes are very short. If it was a full anime then it could really go into all of this. It’s just a solid premise as well that would lend itself well to such things. Until that happens the game does work well as a prologue of sorts though.

Overall, Under Night is definitely a great fighting game. It really checks off all the boxes for what a fighter should be. The gameplay is fast and detailed. The graphics are sharp and the soundtrack perfectly complements the tone as well. Finally, the characters are interesting. It’s rare that characters hurt a fighting game, but it happened once with AquaPazza. Ideally a roster should involve characters you are interested in as they’ll just make the whole thing more exciting. Take them out of the picture and there just isn’t much left. Well, this game definitely didn’t have those problems. If you haven’t bought this game yet then I would recommend changing that. It’s only about 20 bucks nowadays which is really a pretty good price when you consider that it’s a PS4 title. You’ll want to jump on that deal while you can.