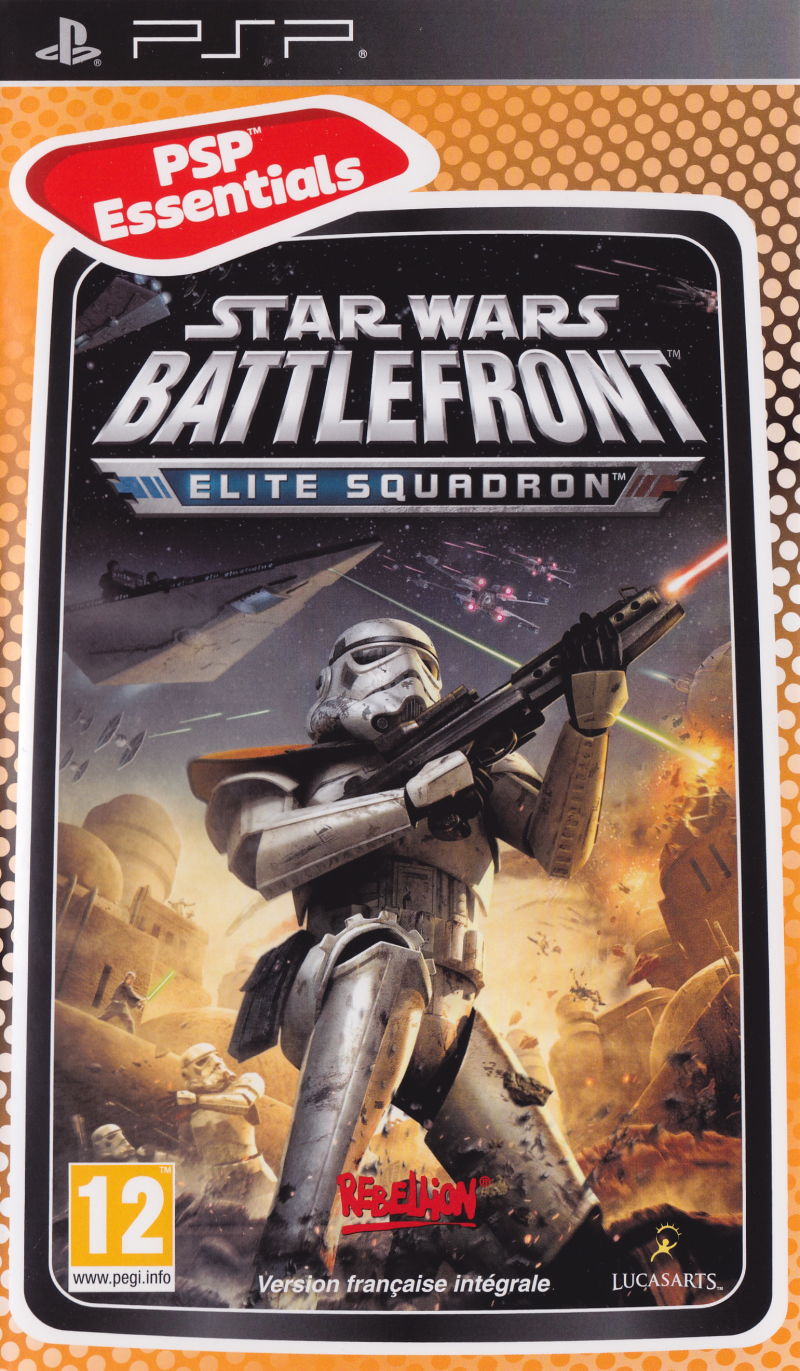 The Star Wars marathon continues as I play through the final PSP experience. The Battlefront series has definitely been pretty fun. While I still do miss the overall gameplay of the first title, the rest have definitely been solid. Ironically I think this one’s gameplay is definitely weaker than Renegade Squadron, but it makes up for this with a more expansive story. The Battlefront games have all been pretty close when it counts.

The game’s story covers the trilogy as well as some events after it. The main character is X2 and he is a clone bred for combat. Along with X1, he was one of the Empire’s finest soldiers. He ends up joining the rebellion though once Palpatine emerges and he finds out that he was on the wrong side. X1 remains evil though and will do everything he can to help the Empire win the war. It may not be Darth Vader and Palpatine that the rebels need to worry about after all.

It’s always fun to see how the games incorporate all of these new characters and events into the classic films. They fit them in pretty seamlessly to be honest. There are also a lot of fun nods to the last games as in 2 missions you get to support Renegade Squadron in their battles. It helps tie everything together into a larger continuity so that’s definitely pretty cool. Sadly you don’t get to fight with Vader this time, but you do take on some Jedi which is definitely a lot of fun.

It is easy to see how the Jedi ended up losing the war though. There is one cutscene where a Jedi shows up and manages to beat X1. However, he says that he won’t murder anyone. After saying this, the Jedi turns his back to X1 and is promptly stabbed. Did he really think that one line would cause X1 to turn good? Later in the story X2 is presented with a similar choice and while he also makes the hero call of not murdering X1, he at least doesn’t give the villain his back. Both X1 and X2 are definitely real fun characters though. They remind me of Starkiller to an extent. They also get hype as the villain takes down Luke Skywalker and the hero is ultimately able to trade blows with just about anyone in the game.

As for the core gameplay, it’s a classic 3D blaster style. You do get a lightsaber during the final few levels though so at that point it feels more like a beat em up. The controls are a little rougher than the last few titles mainly thanks to the camera work. It can be very hard to turn around as the camera shakes quite a bit so get ready for the villains to get a bunch of cheap shots in. Perhaps the developers realized this though as there are constant checkpoints throughout the game. Whenever you die you can find solace in the fact that you won’t have gone far. You’ll rarely have to replay more than 5 minutes of content to get back to where you are at.

You can heal your health by throwing a health packet or standing near a health point. Likewise there are various ammo points. Due to all of these methods of strengthening your character you are rarely in serious danger. So long as you play patiently you will definitely be fine. The aerial levels are back as well and these are definitely improved from the last one. You can move really quickly and the lock-on system is on point. You always feel like you are in control here and I actually looked forward to these levels. Typically they would be mixed in with the ground levels for a pretty good balance.

As for the length of the game, while it isn’t 3 hours like the last one, it is still pretty short. I don’t imagine it would take you much longer than 5 hours and honestly it would probably be more like 4. It’s definitely a short campaign, but of course there are other modes to keep you engaged like jumping into normal levels to have fun in. There’s no real post game though as the various unlockables don’t feel all that special. I got it for a cheap price and the value is pretty decent. I don’t think you’d regret the buy as even though it is short the gameplay is fun enough to keep you on board.

Going back to the length, this is also the kind of game where you can leisurely beat the level as you explore or you can blast through them. As the game uses a checkpoint system it’s very easy to cheese the game by running full speed to each objective. Even if you die after making it the checkpoint counts as a save point so each time you’ll be closer. As a result it’s not a bad idea to just run in each time. It’s not exactly how the developers probably imagined you’ll play though. Also, it’s not like you’re always saving a ton of time by doing this, but realistically there is no reason to actually fight all of the enemies unless you really want to. After all, there’s no EXP system here and I only tend to stick around and fight everyone when I can get level ups out of it.

The graphics are definitely solid and we do get more cinematics than last time. The Jedi vs X1 battle was really solid and we get other good action scenes as well. I’m always pleasantly surprised to see such cutscenes in the games and it does make the game feel a little more special. The soundtrack is about the same as always. I know the tunes are still good no matter how many times you hear them but I want to see the Star Wars games show a little more creativity with the upcoming games. There are a lot of new tunes they can come up with I’m sure.

Overall, Elite Squadron is a very fun game. It is definitely a step up over Rebel Squadron even if the gameplay is a little weaker. It’s very relative since all of the Battlefront games are very solid in that respect. The rest of the game aspects improve upon the original so you can’t count that as anything but a win. The next Star Wars game I’m playing is for the GBA so that’ll definitely be fun. It’ll be a fresh gameplay experience so it’ll be nice to see what the other companies could come up with. y Star Wars marathon is coming to a close, but it’s definitely been a fun ride. If you don’t have Elite Squadron yet then you should definitely change that.