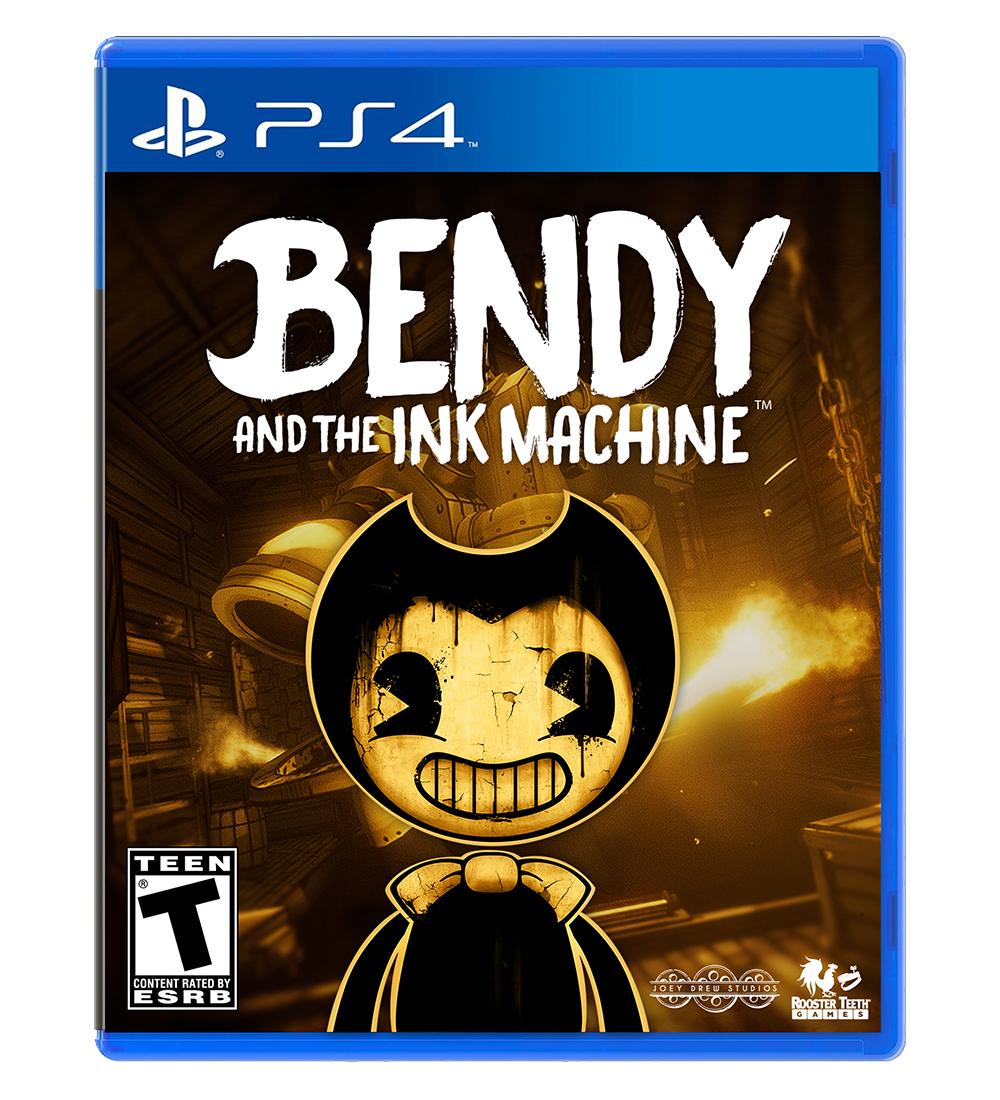 It’s time to take a look at my first ever horror game. I may have played some other games that could be considered to be part horror like Scooby Doo, but none that go all the way like this one. Bendy is definitely an impressive game. It throws in a lot of intense visuals and a dark story without having to resort to over the top levels of violence. It really is quite impressive and this is definitely a game that I would recommend checking out. It has certainly done a good job of really making a name for itself and now I’m ready for the next game. (Even if it isn’t a direct sequel)

The plot of the game follows a guy named Henry as he heads back to his old workplace after having left a long time ago. The whole place seems pretty far gone but he wants to figure out what his old pal Joey wanted to show him. Unfortunately he is then knocked out and may not be able to get out as easily as he thought. The workplace is now filled with beings of darkness and they all want to destroy him. If he gets out of this alive he’ll definitely have some words for Joey, but in the meantime he’s going to make sure to clock in and keep a calm head at all times.

Henry is definitely one of the bravest characters you’ll ever see. It’s almost to the point where it’ll actually take you out of the experience for a few seconds because this guy just isn’t afraid of anything. He keeps a monotone voice throughout the game even when he is being directly threatened. The guy just doesn’t get phased. While it is just gameplay mechanics for him to talk about getting paid for this and clocking in, it does make the save feature pretty memorable and certainly a lot of fun. Henry is the kind of character that you want to lead the team because he is charismatic.

The gameplay is that of a 1st person shooter without the shooting. Effectively most of the game is about investigating various rooms and areas to meet objectives. These objectives range from pulling levers to beating enemies. When you are holding a weapon you can swing away at the villains which is always pretty fun. The gameplay isn’t focused on the combat mechanics though so there aren’t many of them. It’s really just one swing so make sure you get used to it. There are also puzzles here, but none of them are all that annoying. Once you’ve played some of the puzzles you’ll start knowing what to expect as the game goes on.

It took me around 4 and a half hours to beat the game. Online I see that the average was 3 so this is actually one time where it took me a lot longer to beat it than the average player. That’s fine, it’s definitely not a game that you want to be rushing through anyway. There are a lot of little easter eggs all around the place and collectibles to nab. Listening to the audio recordings will help you get a better picture of the plot and story inside of the game as well. The Platinum trophy for this game doesn’t seem all that hard but you will need to play the game at least twice. I feel like the toughest trophy is definitely going to be trying to get all of the bacon soup cans though. There are just so many of them throughout the game and there is no way to see how many there are. Be prepared to play for quite a bit if you want to truly 100% the game.

As mentioned, this is a horror game so the atmosphere is clear. Fortunately this is an area that the game has on point right from the start. The factory that the lead is in is very dark and mysterious. You’re going to see a whole lot of creepy visuals throughout as Bendy and the other villains utterly wreck anyone who comes inside. It’s the kind of game where the Youtube theory videos will definitely have a field day. There’s a whole lot to unpack here and you could write essays on almost any part of the plot. I definitely enjoyed the story a lot and I’m sure you will as well. The ending of the game is perfect and there are definitely a lot of ways you can follow up on this title.

As for the characters, we’ve got a few of them running around. Naturally one of the big ones is Bendy and he is definitely a highlight. Due to the nature of the game he doesn’t appear a lot until near the end, but his scenes are definitely memorable. He’s got a great character design and makes for a solid antagonist. Then you’ve got Boris who is pretty much a Goofy homage. That guy’s probably the worst of the ink supporting characters because he’s always acting nervous and ultimately gets wrecked. He never really put up a good fight. Then you’ve got the Angel(s) who are definitely very solid. Don’t want to spoil anything with these characters, but the duality of the Angel definitely makes for a powerful role. Then you’ve got Tom who definitely doesn’t like Henry at all. The guy’s got a real axe to grind in more ways than one. Ultimately you’ll have to wonder if this guy is really trust worthy anyway.

Sammy is another big villain and he’s intense because the guy is the first big villain to show up. He commands respect and makes for a good boss fight. I like his design and the guy’s just an interesting villain. There’s also a camera enemy how is pretty tough although not Bendy level. I was actually able to defeat him the first time I ran into the guy which was pretty cool. I exploited an area that was too small for him and just kept whacking away at the guy until he went down. Trust me, that felt pretty satisfying since for the most part these guys are always kicking you around. The boss fights were definitely handled very well.

Then you’ve got the soundtrack which is very impressive. There are a lot of really solid tunes here. They definitely help to amplify the setting through and through. You need good music to really complete the world and Bendy had that on point. The graphics are also important and definitely work very well. I played about half of the game during the daytime and half at night. It’s definitely best to play at night, but works either way. This game really knows how to properly handle the jump scares and it left big shoes for the follow-up entry. We’ll see if it can match up to this one.

Overall, Bendy and the Ink Machine is one of those games that you might not have heard of before, but it’s worth taking the plunge. It’s an excellent game that is also quite original. You won’t think even for a second that this one is trying to copy another title. It’s going for a fresh take and that’s always what you want to see. I’ll definitely be keeping my eye out for the sequel even if i do wish it would come out as a full game right away and not using the chapter system that everyone seems to love nowadays. Be prepared for the array of jump scares!

3 thoughts on “Bendy and The Ink Machine Review”