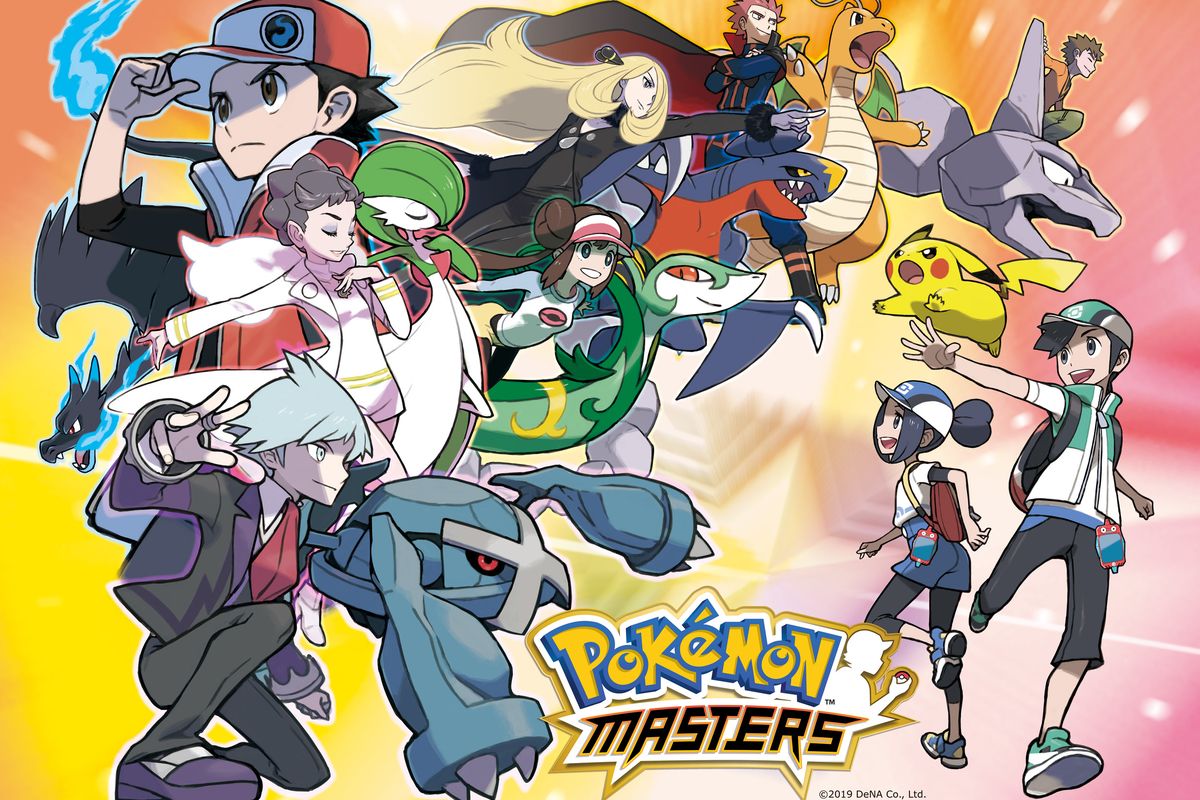 It’s time to look at Nintendo’s latest mobile adventure. Pokémon is one of those series that can really sell well so it makes sense to jump into the market. Just look at Pokémon Go after all. Unfortunately, this one does make some errors along the way which prevent it from being the ultimate title it could be. Still, it’s a great experience and one you may find yourself sticking with for a long time.

The basic plot of the game is that a big tournament has been announced which is called the PML. It is a 3 on 3 tournament with each trainer choosing one buddy Pokémon to team with in this grand adventure. The main character is a new trainer who has been steadily improving his skills. He quickly impressed gym leaders and elite four members and is one of the favorites to win the tournament. Of course to qualify he must first get all of the gym badges and then it’s off to the races.

The story is pretty good. I am glad that the game already covers grabbing all of the badges and the tournament has even begun. I am wondering how the game will stretch this story out for years like the other mobile games. Either we will keep fighting old teams who jump ship or Team Break will interrupt the tournament at some point. One thing that the game could have made clearer are the rules for the tournament though. Originally as it is a 3 on 3 tournament you assume that losing knocks a team out as you proceed. Instead when you beat a team their members are allowed to join you. That means you’re stuck in a lengthy loop if everyone keeps rejoining teams. I feel like once you have lost you should be eliminated from the tournament. By the end of the current campaign the main team may have up to 60+ teams which is pretty insane. This tournament definitely doesn’t seem all that balanced.

The characters also bring up a valid point about how the tournament organizer’s plan doesn’t make sense. He doesn’t believe in friendship or bonds so why did he make a tournament where it’s mandatory to have both of those? It just seems a little odd to be honest. Maybe it’s just his chance to beat all the opponents and prove that the bonds were fake, but it’s a pretty roundabout strategy.

Now when it comes to the soundtrack this game is top notch. It’s comprised of a bunch of awesome remixes for previous battle themes from games of all previous generations. Not a single one is left out and they are all quite catchy. I dare say that the soundtrack is one of the best parts of the game. I ended up turning off the special effect sounds and voices so I could focus on the music. A lot of these remixes even beat the originals. Then you’ve got the graphics which are quite incredible. This does not look like a mobile game and could hold its own with the mainline titles. The character models are on point and there is some actual voice acting so the game did get a good amount of effort out behind it.

I haven’t spoken about the gameplay much yet. It’s a turn based style similar to the main games only you’ve got a meter that lets you know when you can attack again. This way you are more focused on coordinating your attack strategies quickly instead of waiting for the opponent to make a move. Weak moves only take one bar of energy while the stronger ones take 3. Usually anything weaker than 3 is not worth using. Support abilities are crucial though so definitely bring those into play. The gameplay is easy to get the hang of so you should be fine.

There is a lot of content in the game aside from the story. (and the story is fairly long as it is) Every day you get 3 extra levels with 3 difficulties that you can play 3 times each for a lot of items which are used to raise your level cap. You’ve also got the permanent ones which you can play all day to further stockpile your materials. Each character you recruit comes with an extra mission that is basically a long cutscene. Leveling up each character is quick, but they’ve got multiple caps which can only be broken with a considerable amount of materials. Once you have to get the gym notes you are really going to be stuck for a while since you have to beat incredibly hard levels. These levels cannot be beaten on your own so you’ll have to jump into the online content which the game seems to be heavily pushing.

Unfortunately the online is the weakest part of the game so it’s too bad that it’s effectively mandatory. The online matches take forever because the speed is set to 1. I always have it set to 4 to make the matches go a lot quicker so by comparison 1 feels like we are moving at turtle speed. Even then the gym notes aren’t guaranteed so you’re starting to see the grind. This game definitely has a ton of grinding within it if you want to go far. I played for well over 15 hours and didn’t even get a single gym note. You need around 3-5 just to unlock the cap again.

The good news is that there is no energy meter so you can really play the game for as long as you want. Some speculate that this is why there is so much grinding and I suppose that makes sense. Still, I think the game overdoes it with the grinding. After you’ve beaten the main story up to the current update then it becomes really apparent just how much grinding you are expected to do. So, it’s definitely a tradeoff.

It’s still an addicting game of course, but one that could use more of an end game. It does feel noticeably emptier once you have beaten the main story and I know that I would never be all that thrilled about the multiplayer stuff. I like fighting other players but the co-op option won’t work if the speed is stuck to 1. Maybe that will change down the road. I imagine that this is the kind of game that will only get better and better as it goes on so there is a lot to be hopeful about here.

Overall, Pokemon Masters is definitely a great game. It’s got some flaws, but they are not enough to overcome the smooth gameplay and top tier music/graphics. This is a game that big Pokemon fans will get a kick out of for the story as well. It’s nice to see all of the classic characters again and in particular the team up with the Black & White main characters was really nice. I’m sure that when Red shows up that will be a powerful moment as well. This game will probably last years so maybe in a decade or so I’ll check back in and see how far the story has gone.