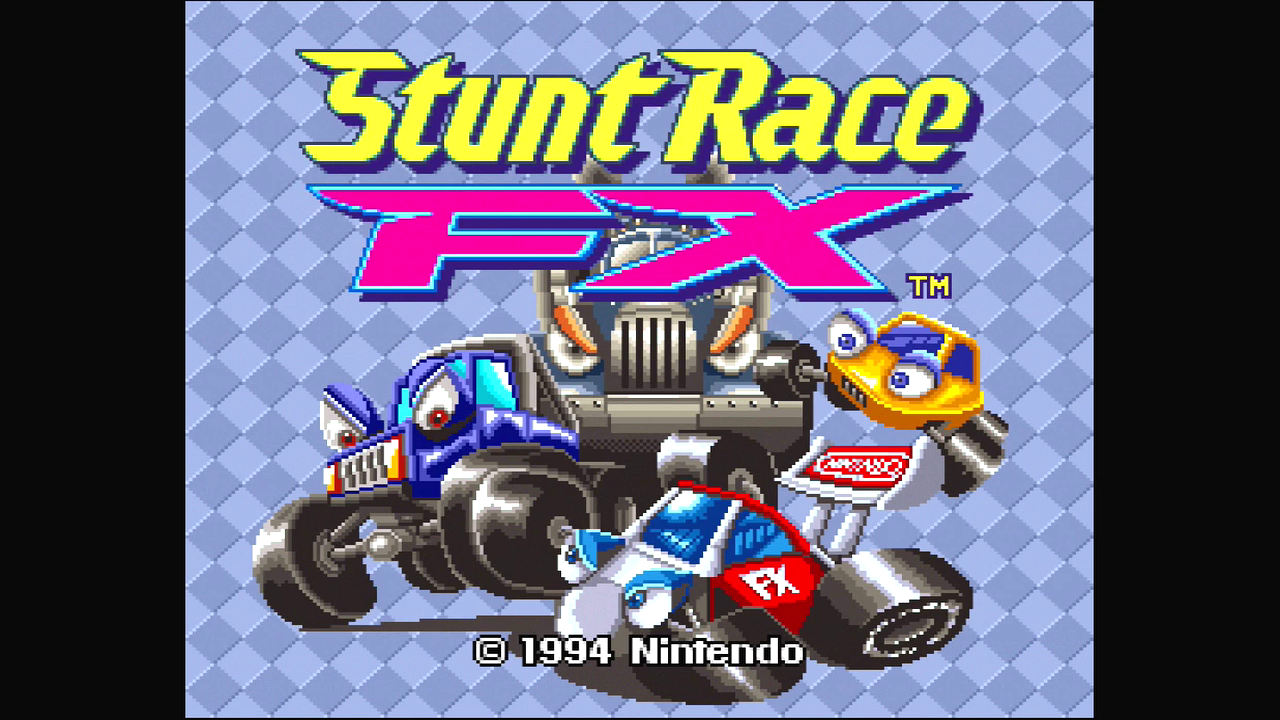 It’s time to look at another classic Nintendo game from the good ole days. This one really got outshined by Mario Kart when it came out, but you can see some potential here. Ultimately there just isn’t a whole lot of content here and it feels like the kind of title you would play for a weekend. I’m a little surprised that Nintendo never revived this series, but I suppose they can’t revive everything right? The important thing is that you can now play this game for free with the Nintendo Switch Online selection which is certainly very convenient.

The main mode to play here is the traditional campaign. Each cup has 4-5 races and the goal is naturally to claim first place. The controls are very straight forward. You accelerate and brake as you try to get to the finish line. While there aren’t quite as many items as in Mario Kart you’ve still got enough to really get the upper hand here. An interesting part of the visuals is that your car actually seems to be alive. Don’t let this unnerve you while you’re trying to win. You don’t really need any tips on winning here since the levels aren’t all that complicated. Just keep your eye on the road and the rest will follow suit.

That being said, the game’s not completely polished. Unlike Mario Kart it can be a little hard to stay in full control of your vehicle. Sometimes you’ll hit the grass even when you think you shouldn’t have. It just isn’t quite in the same league as F Zero or Mario Kart. Still, you’ll gradually get the hang of it. After all even if the gameplay doesn’t seem quite right, it’s not like it changes so after a few levels you just auto-adjust.

I completed all of the standard cups here but after doing so you do have the option to play them all again on a higher difficulty. In terms of length beating the main cups will take you around an hour so if you beat them all on all difficulties I suppose you’ll be here for about 3. You can factor in a little extra time for when you take a loss though. It would be difficult not to lose at all in this game. I didn’t always get first myself, but as long as you have the highest point total at the end of the cup it still counts as your win. That’s the best part about a cup having multiple stages in it. There’s a little less pressure to play lights out the entire time.

In terms of graphics the game is okay. It’s going for a very quirky vibe which ages well, but you’ll still notice that there isn’t a lot of detail in the game. It’s enough to still be passable and you won’t be crashing, but it’s not all that pleasant compared to other titles. Stunt Race is treading a fine line here. Unfortunately the soundtrack isn’t enough to help it all that much either because it simply isn’t that memorable. I’m glad Nintendo tried out a lot of different racing titles, but at the end of the day you can see why this one never got all that big.

My only question after finishing the game is why they called it Stunt Race. It’s not like that other PS3 game I played where the whole point of the races was to get a lot of style points. The Mario Kart mobile game was more about that so it would have actually made more sense in that context. Maybe it’s the type of cars that are being used or something like that. It doesn’t ultimately matter much, but I was a little curious about it.

Overall, Stunt Race FX is a fun game. The only problem is that it just won’t last you all that long. You’ll play it for about an hour and then you’ll be ready to call it quits. It’s just really not made for long batches and that would be a problem if you had to buy it. Since the game is free it’s still worth checking out. I would definitely be up for an HD remake someday but of course they would need to add in a lot of cool features to make it worth my while. Maybe throw in a story mode of some sort and a few extra levels. Then you’ve got the makings of a fun game on your hands.