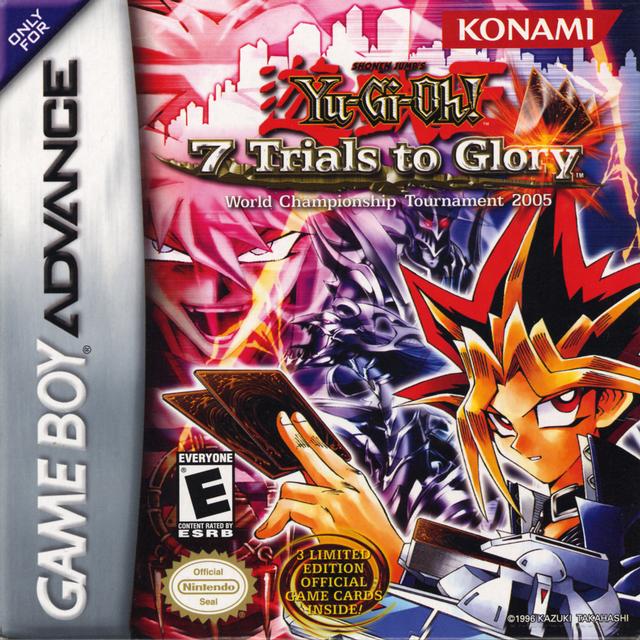 It’s time for another Yugioh game as I get closer to playing through them all. This one goes back to the whole calendar system which still should not be a thing if you ask me. It’s one of the World Championship titles too which is odd because those are usually all about just taking out all of the duelists a bunch of times and calling it a day. Why mess with a good thing? The actual gameplay is still pretty solid but it feels like there just isn’t a whole lot to do here so you’re spinning your wheels a lot.

There really isn’t much of a plot to be found here. You are playing as a new kid on the block who is going around dueling everyone. As you beat more and more players you feel a sense of pride and accomplishment. There are also tournaments you can enter on the weekend. That’s really just about it as far as plot goes. Keep on dueling and having fun. Unlike the other Yugioh game a day doesn’t end here until you click on the bed and go to sleep. That means you can have a ton of duels in a single day if you’d like. There really isn’t much of a rush either as you can’t even see the calendar so it’s hard to say if there is an end game. There didn’t seem to be any kind of change for me even after playing through a few weeks. It was the same tournaments every weekend and the same duelists on the block.

So I went around town dueling as many people as I could. For the most part the duelists around town are made to be very easy so you can beat them with your starter deck. It makes sense since our deck isn’t all that powerful. You’ve got some great spells and traps like Trap Hole and Change of Heart but most of your monsters are pretty bottom of the barrel so it’s hard to deal with stronger opponents. A good example of this was in the tournament when I fought Mako. That guy’s cards were just way above my own. My spells carried me to a victory in one round but he won the set 2-1.

Around town the characters have monsters with numbers like 800 attack points so there isn’t much of a threat. You don’t directly get cards for winning in this game but you do get money after every duel so that is very helpful. I bought a bunch of packs and in theory the best way to really get a good deck in this game is to keep farming wins off of the weaker opponents. Do this long enough and you should have a winning combo before long.

The problem again is that there isn’t too much of an incentive to doing so. I assume that winning tournaments and beating duelists enough will cause new ones to appear or do something but without knowing that for sure there isn’t a great reason for continuing to duel. That’s often the problem with no story mode. At least nowadays you can duel online to still feel like there is some kind of end game but that wasn’t really an option back in the day. I’d say making some kind of internal goal for yourself like beating every duelist once makes sense, but it’s not quite the same.

The graphics are pretty solid here. There’s not a whole lot for the game to really do with them since not a lot is happening on screen, but I’d say what we do have looks solid. You certainly won’t be confused as to what is happening at any given point or anything like that. The music is also catchy enough to enhance your dueling experience which is all that I would ask of it. It’s not the most impressive Yugioh game out there, but still a solid way to learn the game and have some fun in the mean-time. The actual UI is better than some of the other titles.

Again, it’s hard to really talk about the length since it’ll depend on how you handle this. I’d say that the game is probably about 2-3 hours if you just want to go and duel a bunch of people. If you want to get good enough cards to win some tournaments then you’ll probably need to increase that to around 10 hours. It will really depend on a ton of factors though like what cards you get from the shop or how good you are at building your deck. I imagine that most people’s decks will look incredibly different as they go through the game.

Overall, Yugioh 7 Trials to Glory is a fun game. It may not have changed the world the way that some of the other Yugioh games did, but I’d make the case that it is still a fair experience. You can buy this game for a few dollars at this point so you really can’t go wrong here. That being said, I’d advise you to get one of the other World Championship titles instead. I prefer having the tier system where as you get more and more wins you unlock stronger duelists. It makes for more of a linear campaign and that’s something I always like to see. Now I’ve only got one more GBA Yugioh game to work on, but it is by far the hardest Yugioh game I’ve played so beating this one should be tricky.