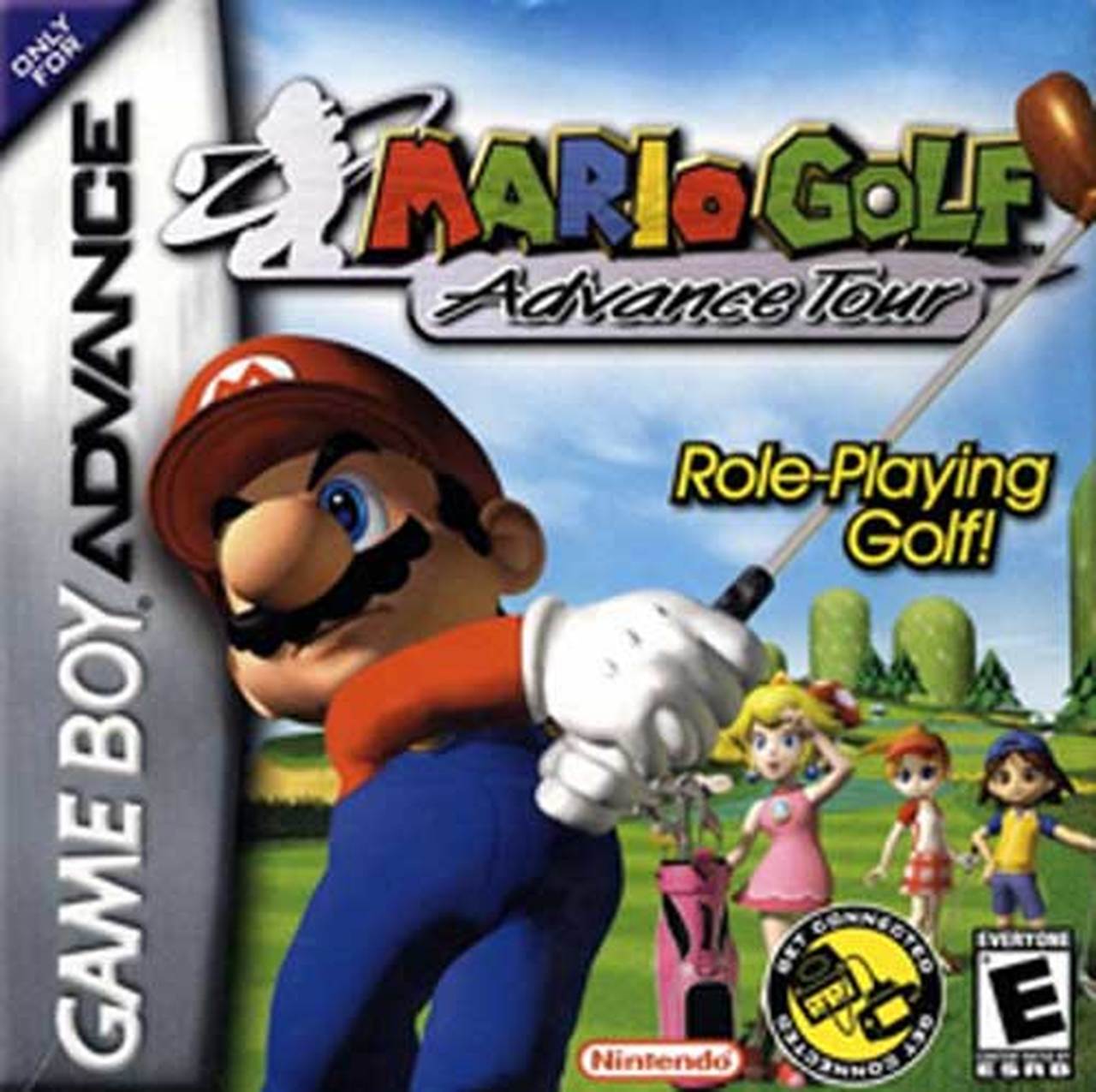 It’s time to take a look at a Mario game that I’ve had on the backburner for many years. Golf is already not one of my favorite sport games to play so even with the Mario factor I wasn’t sure this would be a hype one. I would play a few rounds here and there but the game just didn’t click. Well, now that I’ve played through the whole game I can say that it is better than the average Golf game. I think Nintendo did a reasonable job of making this as accessible as possible. That being said, it still wasn’t quite ready for the big leagues.

There isn’t much of a story beyond the intro. You’re playing as a kid who is trying to get into the game of golf. It’s tough though because you are in a world where everyone is really good for some reason. You’ll have to improve your skills before you can even challenge the top tournaments. There are 4-5 tournaments in the game and every time you clear one you unlock another. Once you’ve beaten all of the human tournaments you will finally be given the opportunity to take on Mario and friends. It’s the ultimate goal and a one in a life time opportunity. You can’t let this chance pass you by.

I’ve got to give the game credit for the amount of content in this game. There is really a lot to do at all times. Aside from the tournaments there are a bunch of mini games in each area. You can work on landing your shots next to the pole in one hit or exploring different tracks. Additionally you can upgrade your racket although I’m not sure how you get the guy to build you more after the first one. The game seems like it’s going for an RPG angle so talking to everyone is a good idea. There’s just a lot going on and this will also help you get more of a story out of the game. If that’s not your thing then no worries, you can just enter the tournaments and ignore everything else. Each tournament has a singles mode and a doubles option. I just did all of the Singles but I wonder how Doubles works in this context.

Each tournament has 18 holes. Your score is tallied over the course of these shots and the goal is to have the lowest amount of points at the end. The quicker you get the ball into the hole, the lower your score will be. When you finish a tournament you gain EXP which you can use to improve your stats. I always improved my maximum shooting distance. The others are things like control and spin. Just be careful because as you increase your skills it can be harder to control yourself. This is rarely an issue in anything beyond racing games but it is something you will want to keep in mind for this game. Especially since learning the controls isn’t the easiest thing in the world.

The graphics are pretty nice and I dare say that they are one of the game’s highlights. Everything is bright and colorful which is always good. The presentation is really nice and if you lose a match you definitely can’t blame the graphics. Then the soundtrack may not be the most memorable but it works pretty well if you ask me. It’s all just got a very calm/peaceful feel to it.

In terms of replay value the game also has a lot to offer. The main tournaments probably won’t take you much longer than an hour, but then you’ve still got the minigames and doubles tournaments to play through. You’ve also got the post game tournament which is sure to be pretty difficult. Finally you can max out your character’s level. I’m sure this will still be around 10 hours or less, but it’s a pretty good deal. I don’t think you can really ask for much more in the end. It took Golf about as far as you could on the GBA.

If I have any complaints with this game it is that the Mario characters should appear more. I’d say that the Mario Tennis for GBA game did a better job with this. They felt like end boss characters and had a presence. That isn’t really the case here largely due to the fact that the story really doesn’t get to happen. If we had gotten Bowser to show up or another villain I think that would have done a lot to make the game a little more memorable.

Overall, Mario Golf Advance Tour is impressive. The gameplay is pretty smooth and the loading times are virtually nonexistent. That being said, it is still Golf so there is a hard limit on how far it can go. In the end it’s just not my thing. It’s fun enough in short doses but I can’t see myself going back to this one. If you like Golf then this is a must buy. If you’re not really into Golf then the only reason to get this title would be to see Mario and the others, but you don’t see them much at all so I don’t think that would be the best option. With Mario Golf you should know what you’re getting yourself into. It delivers on everything it is trying to be.