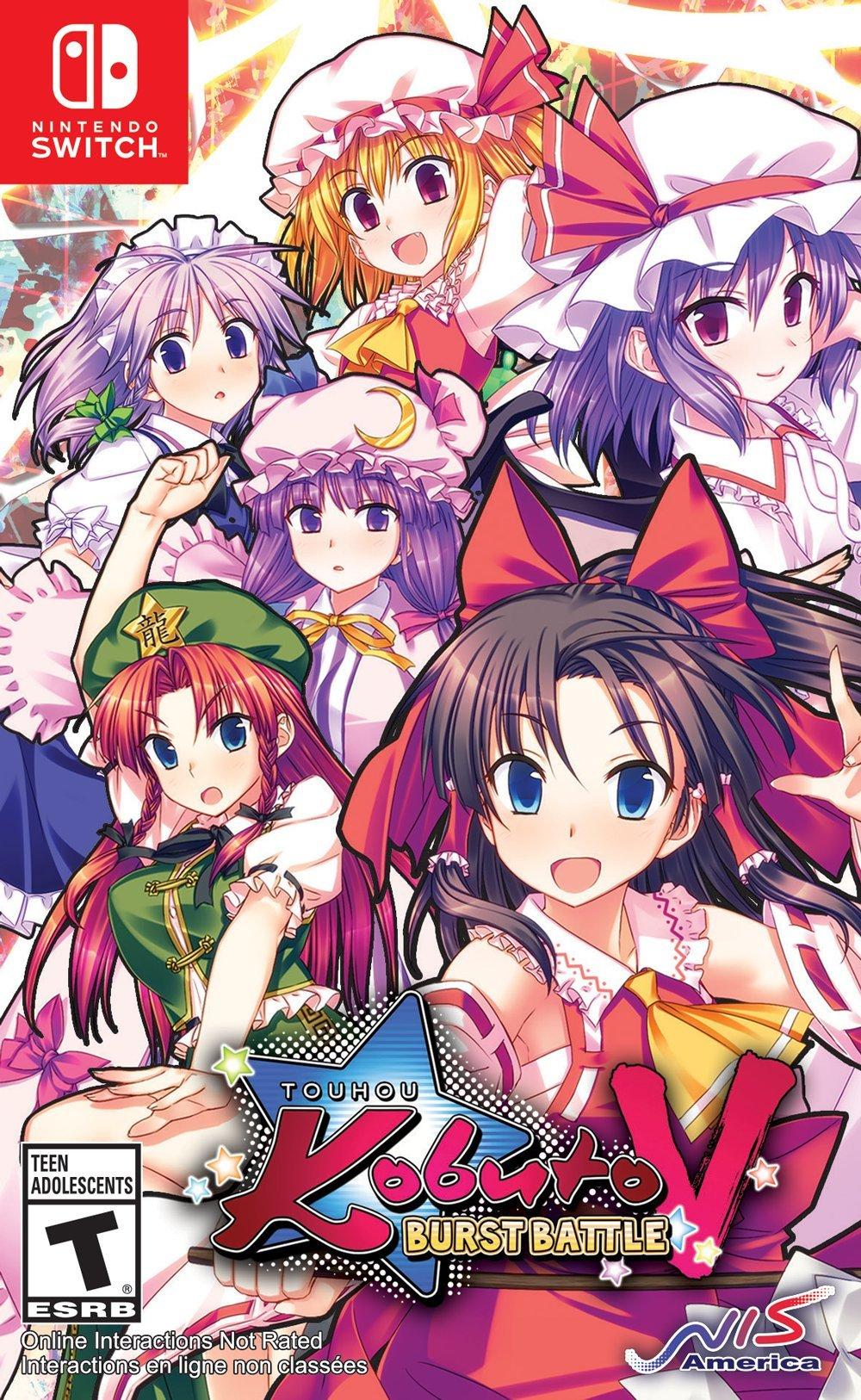 It’s time to look at a fighting game that I didn’t really know even existed until I tried it. The Touhou Kobuto series seems fun enough. I enjoyed the Bullet Hell game they came out with as well. The characters all like to have a good time so the plot isn’t really life or death. It’s more like the characters all enjoy a good fight so they use any excuse to beat each other up. A fighting game makes perfect sense for the universe.

So the game starts out with one of the Shrine Goddesses realizing that fewer people are coming to pray for her. She finds out that this is because of a rumor that she is going around attacking people with another vicious god. The heroine decides to go find out how these rumors started and her best bet is to find the other goddess who is supposed to be her partner. Along the way she will have to beat up a bunch of other characters who are doing their best to be as unhelpful as possible.

The plot isn’t fairly large but it’s still fun. You’ll quickly get a handle on the various personalities at play here and each character has an Arcade Mode. Interestingly the game doesn’t let you pick which character you want to play as. You have to beat the story modes in a specific order. You get an achievement every time you beat the game. The arcade mode is only around 6 battles long so you’ll be acing them before you know it. The average battle may last 2-3 minutes although it depends on how aggressively you fight the opponents of course. If you want to beat the game with all of the characters then it should last 2-3 hours I’d say.

That makes for a fairly short game, but you don’t really expect a long campaign in a fighting game. This is more about playing with friends and such. A good fighting game only needs to rely on gameplay and that’s what this one is going for. All of the characters have pretty diverse movesets and you’ll quickly have to find out who your favorite one is. This game is a 3D fighter so you can run around the arena and even fly for a limited time. You have 3 main attacks. These are your standard, power, and scatter shot moves. You can also beat people up in hand to hand combat if you get close and then try to use the standard move. This makes for a lot of different attack options which is good since it definitely opens up the gameplay quite a bit. I certainly tried a lot of different combinations myself although by the end I found that standard is always the best. You can also aim it up by holding either L1 or L2. This does massive damage.

The gameplay is definitely rock solid. It’s not going to win any awards for beating titles like Tenkaichi 3 or Ultimate Ninja Storm but it’s a level of gameplay that can hold its own no matter what the competition is. The graphics also look pretty solid. The illustrations are good and there is a good amount of detail in the character designs and stages. You really can’t go wrong here. The soundtrack is not quite as impressive though. You probably won’t remember any of the themes by the time you complete the game because they’re all basically the same. I would have liked to have seen some rock themes or something here.

In terms of replay value, the game does have some content although I wouldn’t say a ton of it. Once you beat the game with everyone you can try score attack or some other modes. At the end of the day the vs mode is what’ll need to keep you. Technically that would equate to almost limitless replay value so long as there are opponents to fight. The gameplay will have to be the main incentive because there aren’t really any big unlockables here. You can choose to buy more characters on the EShop though which is always a tempting offer for big fans.

I hope they eventually make the giant head at the end of the game playable. That’s the kind of joke character that would bring some extra life into the game. You gotta admit that the character has a ton of potential and she is what made the story so much fun. Whenever she starts spinning around and shooting the giant energy blast you know things were going to get real. I don’t think the game should charge for too many characters though. Titles like FighterZ and Super Smash can get away with it because we all want the new characters, but Touhou Kobuto? I don’t think the series is quite big enough where everyone would be paying top dollar to grab em all.

Overall, Touhou Kobuto is a fun game. I do think it would have benefited from a little more story content or a larger character roster though. The roster is surprisingly small for a current gen game. If the title had gone for either option it would have been able to add an extra star to its score. Nonetheless it is still a very fun game. It’s the kind of title you could whip out at parties for a little fun and to shock everyone who likely don’t even know that it exists. The game is best in short doses though as it just doesn’t have the same lasting appeal as other fighting games.