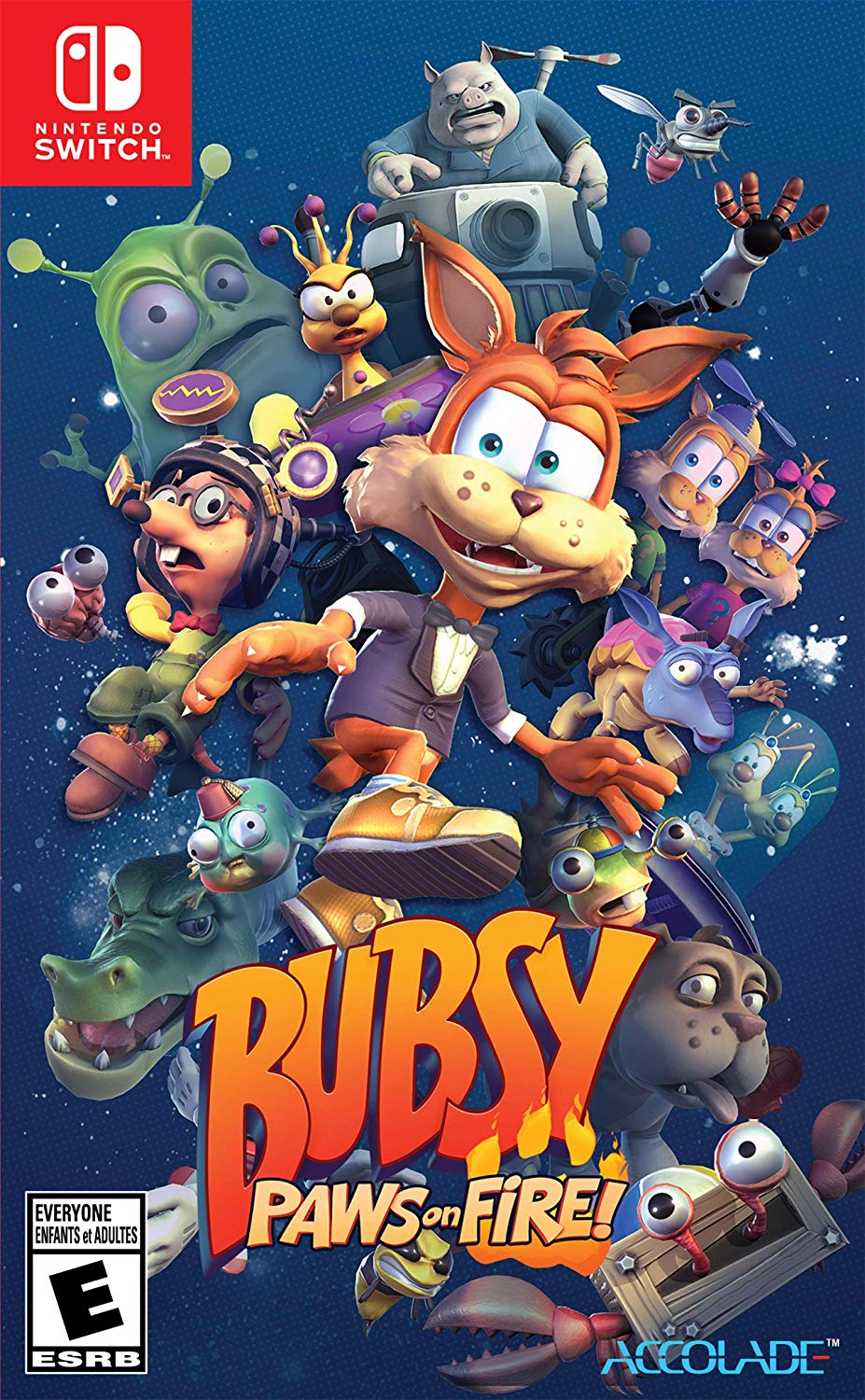 Long have I waited to check out this new Bubsy game. The first one was a little too short which ultimately limited how good it could be. I couldn’t help but feel that the game left a lot on the table. While the sequel is longer, it mostly thrives on artificial length which is regrettable. It has enough faults to where I can’t call it very good but it’s still a solid play through in the end. I’ve been a Bubsy fan for ages so it was disappointing to see this game not quite meet expectations, but I guess they can’t all be winners.

The game starts with an incredible opening cutscene where the kids tell Bubsy that his help is needed once more. Aliens show up to mock Bubsy but he ignores them and gets ready to save the world. Even if nobody is ultimately grateful to him for doing so that doesn’t stop Bubsy from doing the right thing. It’s part of why he is such a good hero, he just doesn’t get slowed down by what’s going on. It’s why Bubsy is a hero you can really rely on. The rest of the game unfortunately has no plot until literally the final cutscene where we get an epilogue. I was hoping for cutscenes between each world but I suppose that was too much to hope for.

So, as I mentioned the opening cutscene is amazing. A few times the game disconnected my controller so I was forced to hear the beginning quite a bit. I think what really makes it so good is the timing of the music and the characters running in. I just haven’t seen that level of expertise in quite time so it was most impressive. In general the graphics are quite good and the soundtrack works well. The technical elements of the game really hold up quite well. It’s just too bad that the gameplay can’t match it so lets talk about that.

This is a 2D endless runner. Personally I always felt that endless runners are best in 3D because you can really see where you’re going. Think Subway Surfers or something like that. When it’s in 2D you run the risk of “cheap” deaths where obstacles come in a little too quickly or without warning. It was always my issue with 2D Sonic games. This one keeps the deaths to a minimum, but there are still times where you have to shake your head. There will be 2 paths and one leads to an eventual death but you don’t know this until you take the path. That’s an impossible obstacle then unless you already knew which obstacle to take so I have to give those levels a thumbs down. The level designs really weren’t the best here.

The actual gameplay is smooth at least. There are 3 playable characters and they’ve all got different styles of gameplay. Beyond running and jumping you might be able to glide, double jump, ground pound, or fire off blasters while flying instead of running at all. You’ll master all of the gameplay before long. There are 3 worlds in the game and each world has 9 stages + 1 boss level. That should be easy to complete in an hour or two right? Well, one reason why you can’t do that is because of artificial length. The game forces you to get a bunch of medals in order to unlock the next levels. Completing a level gets you one medal. You can complete a level 3 times (once per character) and if you got all the pieces of a collectible you can beat it a fourth time with another character. You will need to get 75 medals to unlock the final boss. Let’s do the math here for a sec, if you beat all of the levels once you will only have 27 medals. This means that you have to replay most of the levels 2 times. Replaying old levels isn’t really my idea of a good time.

I’ll do it of course, but I don’t like being forced to do it. It should totally be 100% your choice and the fact that it isn’t is what I don’t like. It’s really just a way to pad the game’s length without actually creating new levels. I was surprised when I saw that this was the case and not in a good way. This basically confirmed that the game wouldn’t be getting the solid 7 that almost every platformer is able to achieve. The game just feels really lazy in doing this and going through the levels can feel more tedious than fun. I’m down with playing each level once but not doing them all 3 times.

Overall, Bubsy: Paws on Fire should have been an amazing game. It was going to continue the revival of Bubsy just the way everyone wanted it. Unfortunately this just wasn’t in the cards. Bubsy ended up squandering his chance to be truly great and it ended up costing us all. This is still a good game and I would recommend it but you need to like endless runners. There is virtually no story here and there is no replay value to be had after beating all of the levels. At best you can try to get new high scores and buy some T shirts but there’s nothing noteworthy here. You just gotta go through these levels over and over again until you have the medals. If we get a third Bubsy game I hope it goes back to the series roots.