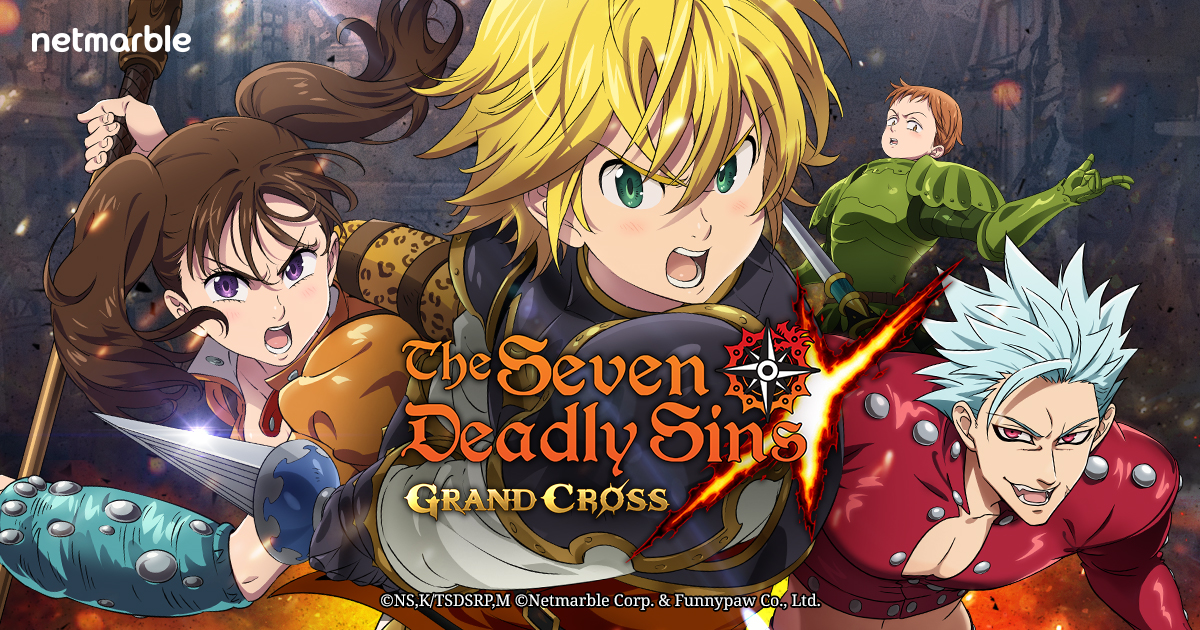 It’s time to take a look at a fairly recent mobile game that came out. The Seven Deadly Sins game got quite a lot of hype because it looked to be very high budget for a mobile title. We have seen a trend of companies actually putting a lot of effort into these games because the free to play model works so well. I hope this game ends up succeeding because it really is quite impressive. I played through around half of the game and it was definitely very fun.

The game’s story follows that of the manga. It’s hard to say how far along the game is right now, but I’d expect it is still early on. Typically mobile games like this want to go very slowly, especially since in this case the manga actually ended so there is a tangible goal in sight. Most mobile games want to survive for 5-10 years so expect them to drip feed content soon. That being said, it’s important to launch with a lot of content and this game did exactly that. You’ve probably got 15-20 hours of content here already and that’s a very conservative estimate. That’s also only counting the story and there are countless other things to do here. I didn’t even make it to the more exciting parts of the story and I was hooked. The presentation and interface in the game are quite seamless. Grand Cross has a lot of energy throughout and it really brings out the best of the adventures.

Mobile games can almost be a bit overwhelming with how much content there is to absorb. First of all you’ve got the online battles you can jump into. Then there are the limited time events. You will also want to replay old levels to farm equipments and materials to level your characters up. There is no need to ever run out of things to do in this game with all that you’ve got going on. That’s why the key here is if the gameplay is fun and fortunately I can confirm that it is. The gameplay is your typical turn based mobile style. You get a few cards in your hand during every turn and you play them to trigger different attack animations.

The game’s pretty easy at the start and it’s built in a way where your level will rise with the opponent’s so you should rarely be in trouble. That being said, you can have fun experimenting with attacks. It’s easy to learn the controls, but significantly more difficult to master them. Using proper strategy will help you a lot in the competitive aspects of the game. The gameplay is very flashy with a lot of really cool animations. Fortunately you can skip them though. As nice as they are to look at you won’t want to see the same thing 1000 times. You can also turn on auto battle so the A.I. takes care of things for you. I understand why some people are hesitant to use such a feature since it’s like you’re not playing but it helps with grinding. The A.I. isn’t that good either so for the more difficult levels you’ll need to beat them yourself anyway. It’s just a nice quality of life feature.

As mentioned the graphics are stunning. We get a lot of solid cutscenes with actual fight scenes in them. It’s a similar cell shaded style to something like Naruto Ultimate Ninja Storm and then you get a lot of great screen grabs from the show. The soundtrack is a lot more limited with the same tune showing up over and over but it’s a great theme so I can see why it was selected. For a mobile game you want a catchy track so it was selected quite well.

So far this review’s been super positive so you can tell that I’m a pretty big fan of it. If I had less games on the backlog I’d probably stick around with this one long term. It’s definitely one of the best mobile games I’ve played. The only boring part in comparison is maintaining the inn and wandering around town on side quests. Making a beer and the food dishes is easy but you don’t really feel engaged. I suppose it adds to the realism but I’m always ready to jump right back into the combat. Fortunately these tasks don’t last long so as long as the game doesn’t go down that route in the future I don’t expect that it will be a problem.

Overall, Grand Cross really does a great job of taking the Seven Deadly Sins into video game format. It takes the best aspects of the series while dropping the weakest elements. If you’re looking for a fun mobile game to play then this is one I would recommend. It’s free so it’s not like you have to worry about spending money. You can spend money to get items and such, but the game is quite generous so you never feel like you need to do so. You’ll be able to clear the game just fine without doing anything like that. I look forward to seeing mobile games continue to improve. At this rate they will really feel like AAA console games before long. This one for example could easily be ported to PS4 or the Switch and pass itself off as a home console game from the start.