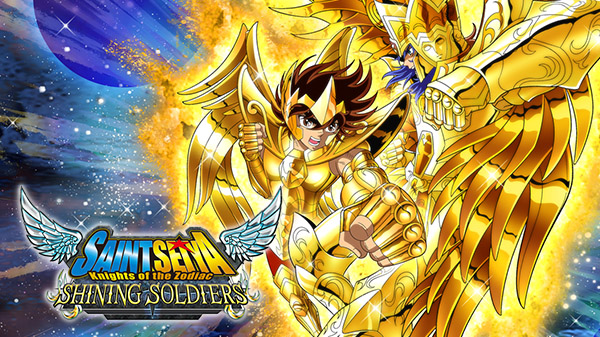 It’s time to look at a recent mobile game that I downloaded. Saint Seiya always looked like it would be another fun installment and I remember seeing a few articles about it. Mobile games are definitely on the rise as of late and it’s nice to see that the quality has stayed consistently high as well. I think that’s usually a pretty tough trick but with how profitable these games tend to be it makes sense to craft them really well. This is another great mobile game that will only get better with time.

When you launch the game be prepared for around 20 tutorials. It’s hard to keep track of all the information so I would usually head to Reddit if I want to know more. The game does its best not to be too overwhelming and I would say that the menu layouts are pretty solid. For a gatcha game like this you can only simplify it so much after all. You get free items every day which is always cool and it’s like a daily routine to start with. You then have an energy meter so you can play a bunch of matches and modes until you run out. You never have to worry about running out when playing levels for the first time though because they will recharge your meter automatically. This only comes into play when doing re-runs.

There are a ton of modes here of course. One of the big ones is online but I don’t recommend going there until you’ve played offline for a while and leveled up your characters. I’ve done pretty well for myself in most PVP options for these games but in Saint Seiya mine were too low level to bother with it so I skipped out on that part this time. You can also summon new characters with jewels or play through the story mode. As with most mobile games the story will be getting new chapters periodically. Surprisingly the story is very short at the moment. I cleared all of the levels in under 3 hours which is pretty much unheard of for a mobile title. Usually you launch with a ton of them. Just look at Seven Deadly Sins which had over 10 hours of story content at launch. Saint Seiya can learn a thing or two from that one.

Interestingly rather than go chronologically the game starts every arc with a few battles. The Golden Saints arc goes up to Ikki vs Shaka while the others all just have the opening fights. The Hades arc is another exception as it jumps right to Kanon vs the 3 Generals. It’s an interesting approach but there should have been way more story levels if you ask me. Then you have the temporary specials so you want to play those levels before they’re gone. There is one for Cassios and one for Mu. Most Gatcha games follow the same trends and this one is no exception. Since I played a lot of Dragon Ball Legends back in the day it was all pretty formidable.

The gameplay is a 3 vs 3 battle with 1 v 1 fights at a time. It’s similar to Pokemon so you want to switch out if you’re in a bad match up. You then choose your attack and the last team standing wins. The gameplay is very smooth and the attacks look quite solid. The graphics in general are definitely top tier here. The armors really stand out and everything feels high end and fresh. You couldn’t tell that this is a mobile game and that’s been true for so many lately that there almost isn’t even a point in saying so anymore. It’s just how it is at this point and that’s a good state for the games to be in.

The soundtrack is very limited, but effective. The opening theme is the old theme song which is really good because that one has aged quite well. During the cutscenes we have a nice danger theme and the music during the gameplay is solid. You won’t hear a lot more than that, but each theme is quite solid so the limited variety doesn’t really end up hurting you. You’re having too much fun with the gameplay to worry about it.

So my only issue with the game is the length, but unlike ARMS we have a lot of different modes to enjoy here. You can jump online as I mentioned or play in one of the many events. You will need to spend a lot of time upgrading your characters as well and grabbing materials. It can get very time consuming to build the perfect team and with new characters being added constantly you can’t really take a break. One thing about these kinds of games is that they are long term commitments if you want to be the best online. If the offline content is all you care about then you don’t need to worry so much as those battles rarely get all that difficult. In DB Legends it took a long time and tons of chapters to get to the point where you really needed to try.

Overall, Shining Soldiers is a great title. If you’ve got some time and want a good action packed mobile title then this is the one for you. It looks like it’ll be doing a good job of adapting the whole Saint Seiya series and it’s always nice to see Aiolos show up since the guy never got much of a role in the actual series. You’ll best enjoy the game if you’re not playing another Gatcha title right now. I’ve noticed that it’s always tough to balance more than one of them in part because they all tend to be the same game just repackaged a bit. Shining Soldiers can hold its own blow for blow with any of the others though.