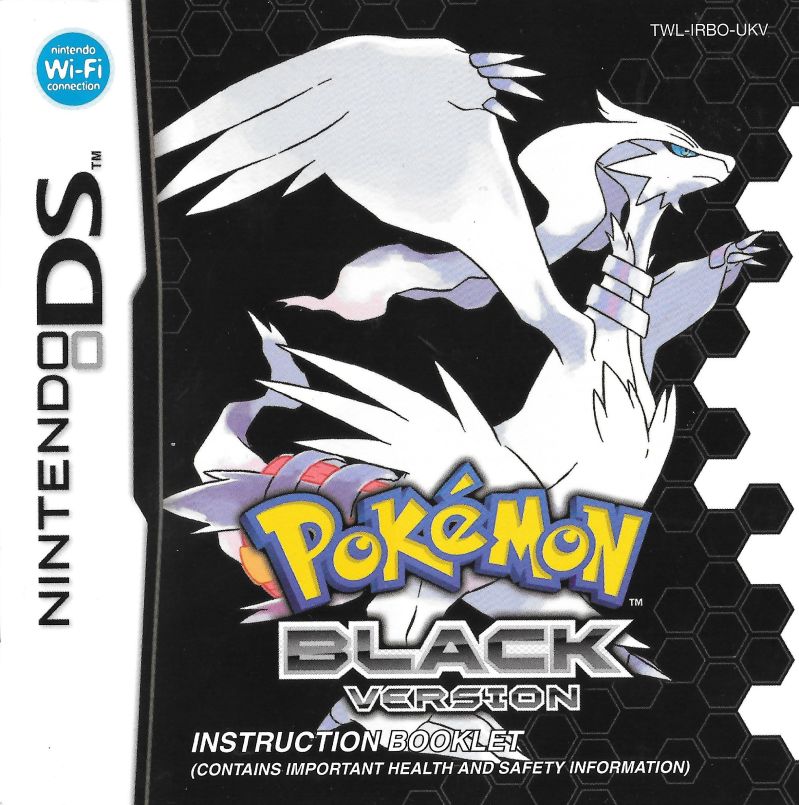 It’s time to take a look at one of the most iconic Pokemon games of all time. Pokemon Black/White got a whole lot of hype and recognition when it first came out. It had one of the biggest stories back in the day and a massive postgame. Well, it’s all deserved. After playing the game I can definitely see why it is known as one of the all time greats. This game really had everything you could ask for and then some. The main campaign does feel a bit short though. In terms of play time it is the shortest Pokemon game I ever played with only 14 hours before being completed. Yes, that’s even counting Pokemon Ranger and Mystery Dungeon.

The game starts with Terry getting ready to be a Pokemon Trainer. He has two rivals in this game, Bianca and Cheren. Both of them want to be the best as well but of course the best they can hope for is second place at this point. Terry won’t let go of the 1st spot. One obstacle in his path though is Team Plasma. They are an organization that believes Pokemon battling is wrong and intends to separate all of the Pokemon from their trainers. While most of the members are radical and downright evil, it is a very interesting premise. The idea of Pokemon battling in any setting other than the Utopia Pokemon exists in would be quite sinister. I’d actually be on Team Plasma’s team to an extent but of course in this game they are the villains so don’t expect them to be too reasonable.

The most neutral character within the team is N. He really believes in the cause and tries to do things the right way. He takes down the Pokemon League including the Champion just to prove that he is the best. He’s not running around committing crimes or anything like that. At the same time he is helping Plasma though so you do have to acknowledge that he is at least complicit in what is going on. He’s effectively acting as an accomplice the whole time. He’s one of the best villains that I’ve seen in a Pokemon game though. The whole climax of the story is also great with a lot of difficult battles and they’re all back to back. I can’t think of another time where I actually felt such a sense of danger and tension while playing through a Pokemon game. It was really quite impressive.

I actually lost to the first few gym leaders a few times. Then when I hit the Elite Four I got slammed by the first member. Granted in part it’s because it takes forever and a day to get the two EXP shares in this game though. Once I obtained them grinding was a lot more efficient. It was fun to actually see wild Pokemon who were stronger than all of my characters except for the main one though. Even when I finally got Reshiram he was stronger than 5 of my Pokemon which was pretty crazy. The game doesn’t hold back in the difficulty and I rather enjoyed that. It made things fresh and kept you on the edge the whole time.

The gameplay is basically the same as always. It’s a classic turn based combat system where you assemble a team of 6 and work to defeat all of the other trainers. There are also caves and such to navigate around as you try to get to the end. Most of the HMs are gone in this game but you will still need Cut at some point. None of the others are mandatory for beating the game which is pretty cool. It’s always sad when you have to throw these moves on a Pokemon because they could have used the spots for something better. I do recommend using Fly once you get it though. It saves you a lot of the legwork. The game follows the usual formula for the most part as you obtain the 8 badges and then fight the Elite Four. The main difference is how you get to skip the Champion and having a real final showdown in the castle at the end. I don’t think Pokemon’s ever really changed things up at the last second like this before so it was pretty awesome.

The graphics look great as always. The sprites are on point and we do get a few cutscenes here. The scene of Zekrom shattering the windows and showing up was pretty cool. It’s always nice to see Legendary Pokemon actually looking legendary. This guy got a lot of hype and it was all pretty deserved. Meanwhile the soundtrack is one of the best that I’ve seen. Pretty much every theme is amazing and I even liked the Team Plasma jingle for whenever you fight one of their minions. This game felt really high budget and was probably around GameFreak’s peak. It takes the best out of the past Pokemon elements while ditching the unnecessary ones. Mix that in with a bigger plot than usual as well as extra rivals and you have a winning formula.

As I mentioned the story is only around 14 hours but when you mix in the post game and catching all of the Pokemon I’m sure you will be here for at least 30 hours. There is a lot to explore and based on the difficulty for the main game I’m guessing that the postgame will be quite challenging as well. It’ll take a while to get your team geared up to deal with all of the threats left. Especially since all of the limited edition Gamestop Pokemon are long gone by now. You won’t be able to rely on them to win you the day.

Overall, Pokemon Black is an excellent game. If you like RPGs at all then I highly recommend checking it out. Pokemon Ruby is ultimately still my favorite Pokemon main game of all time but I would certainly put this in 2nd place. It’s just a ton of fun and delivers a complete experience. I’m definitely pretty hyped to get the sequel at some point. Black 2 and Heartgold are now the only two big Pokemon games that I don’t have yet. Once I have them then I will have finally gone through the entire series which is pretty cool. I do aim to play some more Pokemon games in the near future though so it’s going to be time to dust off the spinoffs.