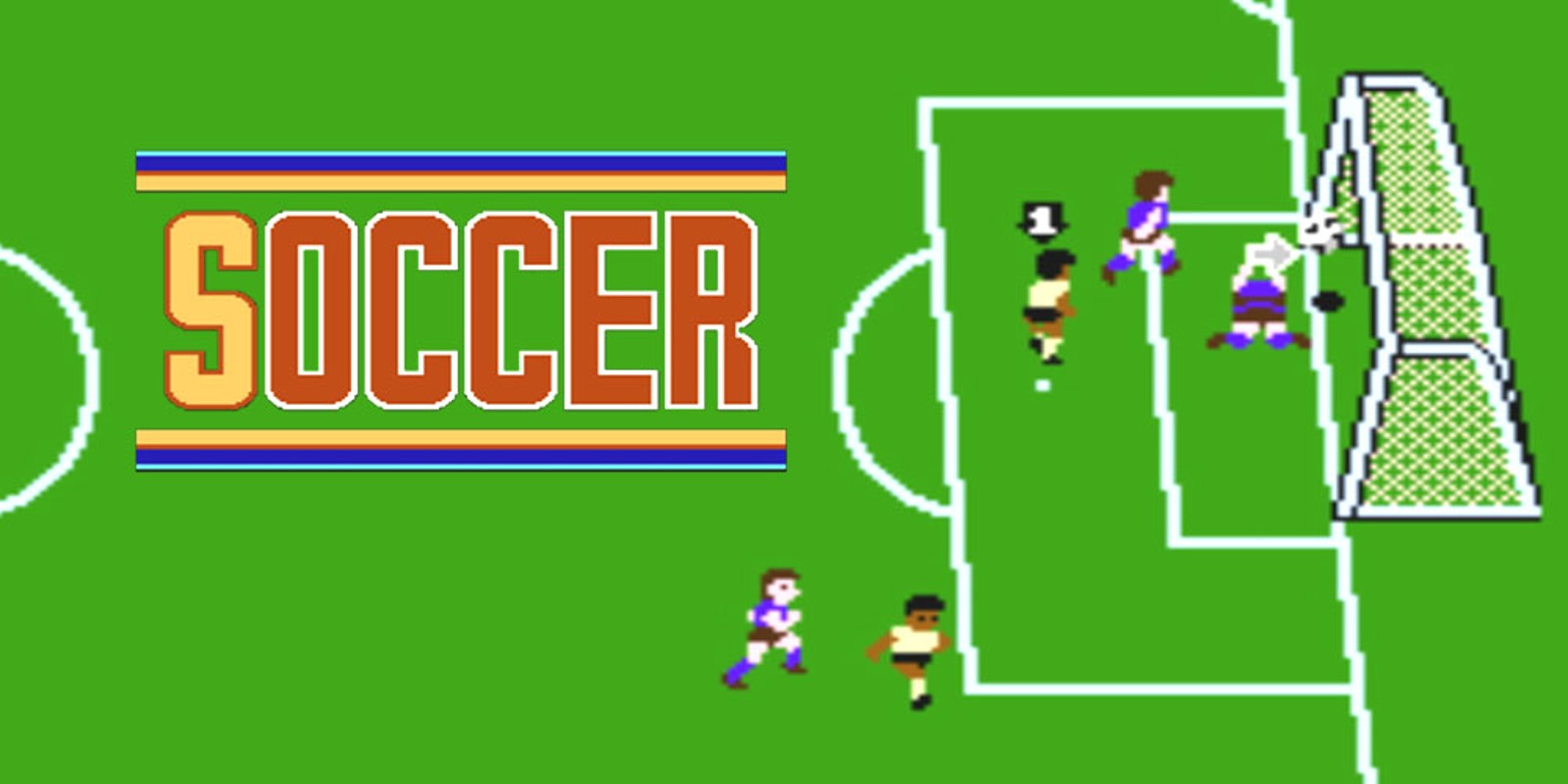 It’s time to go further back in time to the NES. Now that I’ve played through all of the non story based SNES games it’s time to do the same for the NES. I’ve got over 30 titles to work on for this console so I imagine this will take some time to wrap up. What better way to start than with Soccer since I played Super Soccer pretty recently? I actually preferred this one to the super version. It may be less intricate but sometimes less is more. I felt like this version was just a lot more fun. It was very entertaining and that’s what counts.

The only real mode here is playing Soccer of course although you can play it single player or multiplayer. The goal is to kick the ball into the other team’s net of course. You can run, pass, and kick the ball. That’s it so the rest is up to your skills. Try to run in front of the opponent and you’ll be able to steal their shot. I played on the various difficulties and wrecked the opponent twice on 1, but lost on the higher levels. The game can be quite challenging but it’s very fast paced which I like. You can keep on running up and down the field until you manage to score.

One tactic that worked to me was shooting the ball at the opponent even when I was way too far. This allowed me to run in and get the ball again where I now had a better shot. The opponents usually wouldn’t try for the ball once I had shot it which I found interesting. That may be an exploit or something, I’m not sure but it was effective. On higher difficulties it was less useful since the computers would steal the ball as soon as I obtained it anyway. They were quite relentless and it was just hard to keep up with them at all. It’s almost like they had super speed although I don’t think the computer was cheating or anything. They just had the controls totally mastered.

The graphics aren’t very good or anything, but this is a very old game. All of the sprites have minimal details on them but you can always tell what is happening on screen which is the important part. The backgrounds for the stage is interesting but I would have liked more of a variety. I only saw one stage but maybe there is a way to switch it somewhere. There really isn’t much of a soundtrack so don’t count on that. This isn’t that kind of game.

Overall, Soccer is a fun game. If I had to explain why I preferred it to the sequel, I’d say it’s because I felt like I was more in control here. The fundamental gameplay here was on point and I took quite a lot of shots until I got the goals in. It’s all about try, try again until you make it. You can keep running in front of the ball when the goalie throws it out so effectively you can take unlimited shots. It was pretty satisfying to launch this but it is tricky to get the timing just right. I can see myself having a good amount of fun here and if you like Soccer then I definitely recommend giving it a spin. You may be surprised at how good such an old game can be.