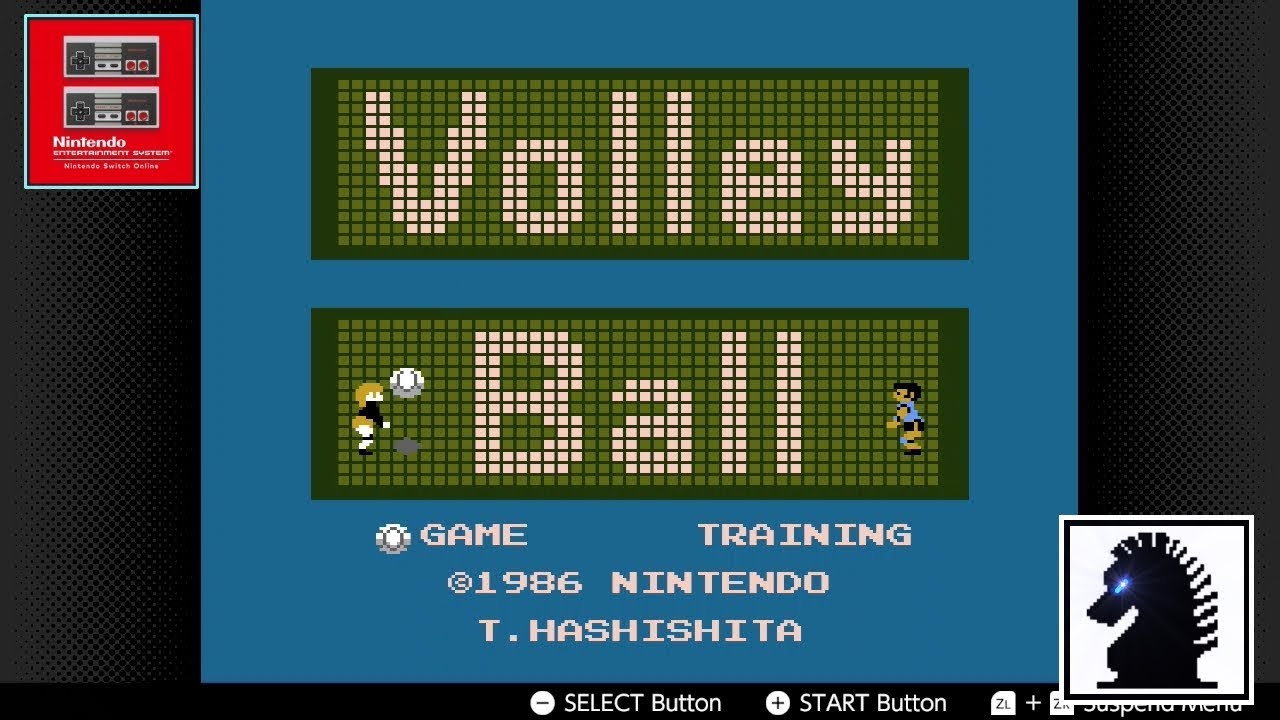 Now it’s time to look at the next sport game on the NES. This time it’s good ole Volleyball which is another sport that I haven’t gotten to play a whole lot in video game format. The best one I can think of is the minigame from Mario Party 4 or 5. I think it was 4, but I’m not positive. I thought that one had really good mechanics and I would go as far as to say that it was the definitive volleyball game. This one also does a good job though and can get quite fun by the end of the journey. Once you get the controls down then you’ll be ready to have some fun.

The whole game revolves around the match of course, but for some reason I wasn’t able to move or change the settings in the main menu. It would only let me enter and then I could move which was odd. It’s almost like only part of the game could be licensed but maybe it was just my controller acting up. You can never really tell sometimes but either way I thought it was pretty odd. Well, in the games I lost the first few rounds pretty badly because I just couldn’t rebound the ball. It’s very difficult to determine where it will land as I found the shadow to not be all that reliable. As you play you’ll get a better eye for it though. Eventually I was able to go on the offensive and score points.

Ultimately I didn’t win any of the matches but I gave them a good run for their money. I found the best strategy was to run up to the net and jump to block the shots at times. It only got dicey when they would change up the timing but it worked better than just waiting for their shot to arrive. Once you have possession of the serve it’s also easier to go on a roll and keep the momentum. When they serve it can be difficult since even returning the opening serve can be very difficult. It is always pretty impressive to see how difficult these old games were. Then when you factor in the no save feature part it would really be dicey. I imagine you would usually be playing this with friends though so hopefully that would force you to keep getting better.

The gameplay is executed pretty well even if difficult though. You feel like the developers did understand the crucial elements of Volleyball as they incorporated them into the game. The graphics are also pretty sound. There are a good amount of details added to the backgrounds and in the game. It all looks pretty smooth and deserves a spot as one of the better NES games that I played. I’d definitely be up for more Volleyball games in the future. A Mario Volleyball would probably be a very fun adventure and Nintendo should go back to making more sport games. If they dabbled with new sports that they hadn’t made a full game for I think they would sell quite well. Bring in Volleyball, Basketball, and Football. None of those have had a full home console release before.

Overall, Volleyball is a straight forward game that was executed very well. You’ll be able to jump right into the action and have a blast here. I’d have liked some more stage options and variety but the gameplay is definitely the most important element at the end of the day and it is quite sound. It has more replay value than a lot of the other sport games that I’ve played on the NES. If you’ve got the Switch Online then you should definitely check it out. I think you’ll be pleasantly surprised at how much fun it is.