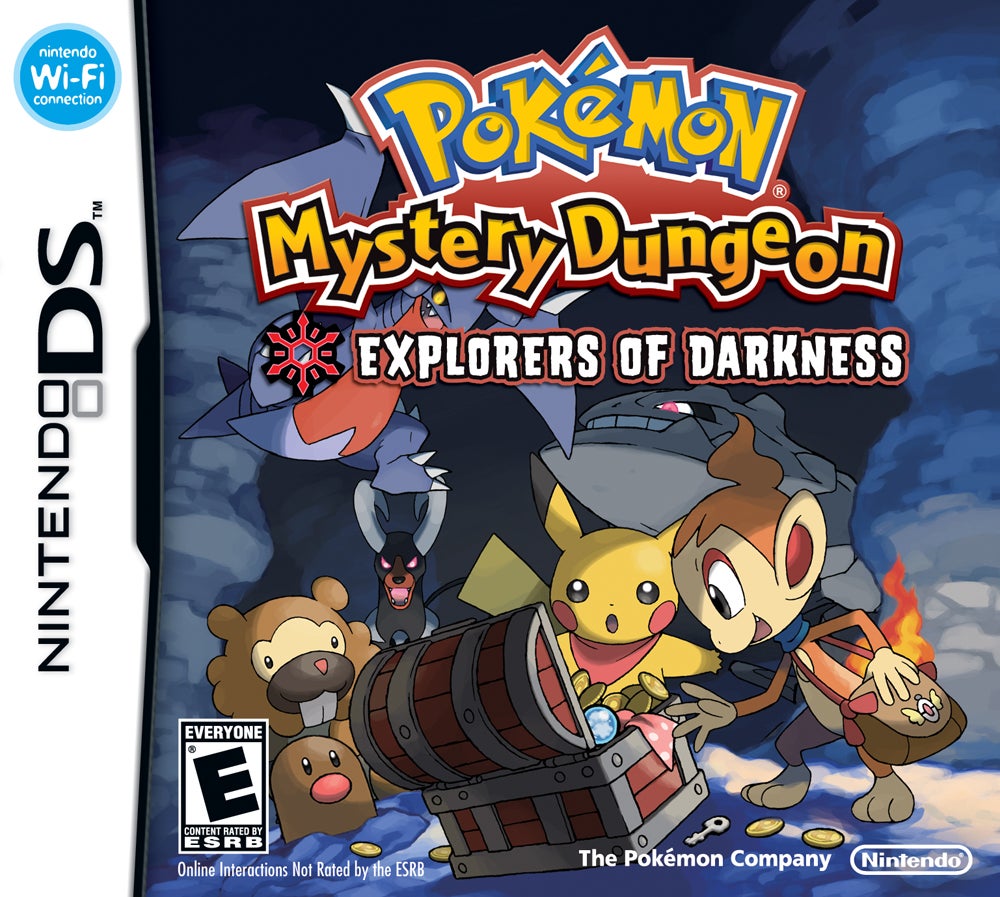 It’s time to take a look at the next installment in the Mystery Dungeon series. I haven’t played one of these in a long while, but the first game was a lot of fun. Also, I own the next two games in the series so now I can start a bit of a marathon. In general the Pokemon spinoffs have all been pretty great. Just look at Pokken and Pokemon Ranger which have been a blast. Well, Mystery Dungeon can definitely hold its own with those big shots as well. This one ups the stakes and brings a pretty cool plot. It’s definitely a great game.

The title starts off with the main character losing his memory and being transformed into a Pokemon. Fortunately Pikachu stops by the Beach and decides to be Terry’s (the main character) friend. Pikachu wants to join the Guild which is where all of the various Dungeon teams go to team up and help out the world. Pikachu isn’t very brave though so Terry decides to help him achieve these dreams. Together the two of them solve many odd jobs and fit in pretty well. Things get serious though when a mysterious Pokemon begins stealing Time Wheels from around the world. If this continues to go on then the whole world will end up being frozen as time will be stopped. Can the heroes stop such a powerful villain?

I always like time travel. It may have a tendency to introduce plot holes into a series or not be utilized well in others, but it offers up so many different possibilities that I feel like you have to at least give it a whirl. This game handles it quite well. We get a few plot twists in the story as well. It’s fair to say that you’ll probably see a lot of them coming, but it doesn’t weaken the impact of these plots. The main campaign’s around 13 hours long so you’re given a lot of time to be introduced to the characters and get attached to them. There’s also a bit of a post game here to look at as well.

Now lets look at the gameplay here. It’s an overhead turn based combat system where you control the actual Pokemon. There can be up to 4 of you in a party although you only control the main character. The others are around to help out on the side. Be warned though that if Pikachu loses in combat then that will apply to you as well. There are certain ways you can at least control what your allies will do via tactics and turning off moves though. For example Pikachu learns an attack called Discharge later on which is incredibly powerful so after that I would turn off the other moves. That effectively forces him to use it until he runs out of PP. The move has 8 PP so you’ll need to switch it out again pretty quick.

The bosses could be pretty tricky here at times. If you don’t take them out fast or just some kind of technique to lower their stats you could really be in trouble here. Then there are the random monster houses that pop up which are probably even tougher than most of the bosses. If you run into one then it’s probably game over. Each dungeon ranges from 8-20 floors. So wherever you last passed a checkpoint is where you would be warped to. You also lose your money and a bunch of items so you are encouraged not to lose too often.

The dungeon system is pretty interesting because you’ve always got a pretty good sense of where you are in the game. They’re also just fun to explore in. The only mechanic I didn’t like here is when sand would randomly show up. It buffets your team members every few steps and if you have a full team of 4 that’s a lot of messages to keep clicking out of. It also seems to effect all dungeons until the effect randomly goes away. I understand that this is probably to add more drama to the dungeon since you’re constantly taking damage but since you heal more health than it can take away while walking it still feels pretty pointless in the end.

One other angle that’s not too interesting is how there are a few recycled animations every time you go to sleep and wake up again. You have to watch the heroes eat dinner every time and sometimes you are randomly chosen to watch out for foot prints which triggers a minigame and ends the whole day. I’d definitely be game with that being removed from the sequels. It’s just not needed and if anything it just wastes time. The post game hints that you won’t have to worry about these things anymore once you beat the hidden boss which hints that the game knew this would be a bit of a hassle as well.

In terms of characters, Terry’s pretty great as always. He’s very heroic and is always ready to make the hero call when necessary. He’s someone you can count on. His partner Pikachu isn’t quite as interesting. He’s a little too quick to believe whatever the villains say and has a hard time keeping up with the plot even when it’s not all that difficult. When someone tries to murder you, you should probably connect the dots that this character must be evil. The Guild is fun enough. Their leader Wigglytuff is a bit annoying at first but since he can actually fight I did gain some respect for him. At least that means he can be powerful when the need arises.

Grovile and Dusknoir are both pretty interesting characters. It makes for an interesting dynamic in the game and is also a pretty serious plot that works out well. Finally, we’ve got Dialga who is excellent in this game. We even get a cool time travel scene where Dialga and Celebi square off. Both of them are known for their mastery over time of course although I suspect everyone already knows that Dialga would have the edge in such a confrontation. You just can’t hope to beat one of those guys.

The graphics are pretty solid. There are quite a lot of Pokemon here which are nice to see and occasionally you’ll get a cutscene that is almost animated as the pictures light up and have some special effects. That always helps to add some weight to the moment. Then you’ve got the soundtrack which has some really nice themes in it. In particular one great theme is when Dusknoir grabs the heroes. That theme is always really epic and one of the best that I’ve heard in a spinoff lately. I still can’t go as far as to say that it beats the themes in the main games though because those are pretty phenomenal.

Overall, Explorers of Darkness is a great game. The RPG story can really hold its own and the ending is pretty emotional. Make sure you stick around after the credits because there is an extra scene. This is definitely one of the best stories I’ve seen in a Pokemon title. It’s going to be very difficult for the next Dungeon game to pass this one but it’s always possible since the game is on an upwards trend. The next one also makes the jump to the 3DS system so that should be pretty interesting. If you haven’t checked this game out yet then you should. It really shows you just what the Pokemon series is capable of.