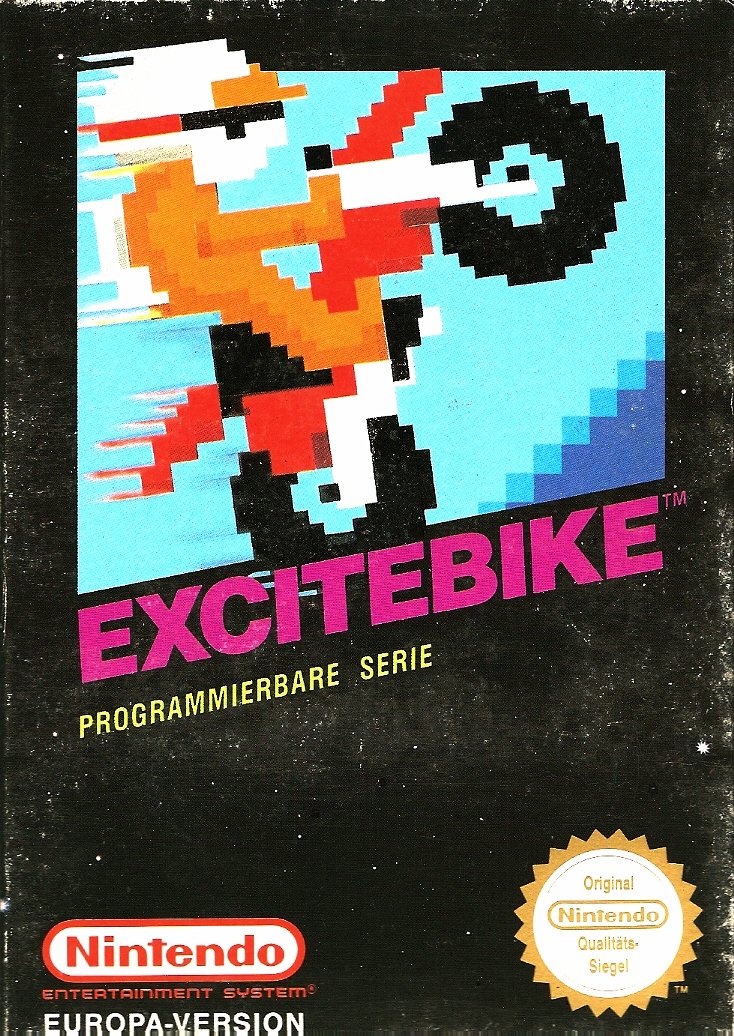 It’s time to look at another classic NES game. This one’s very retro, but I’m sure many of you are familiar with it. Excitebike is one of those racing games that you just tend to see everywhere despite not getting a lot of sequels. Excitetrucks for the Wii is the game in the franchise that I know the most about by far. That was a really fun game. This one has some pretty solid gameplay at its disposal but there isn’t much content even for a NES game so you won’t be here for very long.

There are 5 levels in the game, 10 if you count the reverse levels. Each level is around 1.5 minutes long so you can beat the game in about 7 minutes or 14 if you play them all. That’s really not a lot of time and there are no more modes to play. The only other option is a level that goes on forever which is neat I suppose, but there’s no real replay value to it because it doesn’t keep track of a score or anything. You can’t die, you just keep on driving forever. So if you spent any coins on this in the Arcade I get the feeling that you would be disappointed. Likewise if you bought a physical copy on the NES. You just need something more to do if you ask me.

The graphics are pleasant enough. It’s a colorful game and I especially like when the other racers get involved. It’s always more fun when you’re racing with actual opponents. You can knock them down if you bump into them while you are mostly ahead. Otherwise if you bump into them then you will just be knocking yourself over so it’s all about timing. Only knock them off balance when you have the lead. Beyond that just drive while going between lanes to dodge obstacles. Jumps can be tricky and if you don’t balance yourself right then you go into a tumble animation and can’t move for a few seconds.

In general I do think 3D racing beats 2D though. I always like to see where I’m going to better anticipate the obstacles. In that sense I would consider 2D racing to be the hardest form of the genre. It can also be tough when you’re running towards the screen since you really have to react quickly. If you don’t then be prepared to suffer defeat although in this game there is no such thing as defeat so you don’t really have to worry about that. Considering when the game came out I’d say they did a good job with the gameplay. I personally found it fun enough, I just don’t think I would be playing it for very long. After even 20 minutes you’ll have played every level twice already so you’ll be ready for the next conquest.

Overall, Excitebike is a game with solid gameplay and animation for its time. It’s reasonably fun, but there is just nothing to it. Even for a NES game this is pretty low on content. I’d like to see a modern reboot of the game because I think you could do a whole lot with this on the Switch. In the meantime if you have the Switch Online then this is a pretty good pickup. It’s free anyway so you may as well play it for a few minutes right? I see that there is another Excitebike type game on the list so I look forward to checking that one out pretty soon.