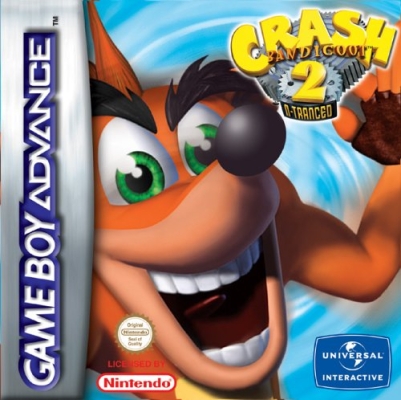 Looks like it’s time for another Crash adventure. The last two games were both pretty short and the same is true of this one. You can beat it in under 90 minutes so I wonder how you would be feeling about that if you bought it on launch day. Granted, if you paid full price then perhaps you would go ahead and grab all of the collectibles to get the true ending. As it stands, this one is very similar to the last Crash game. It’s a pretty fun adventure that may be brief, but the gameplay is quite sound. It also has more of a plot than the last one so I was all for that.

The game starts with the Mask finally deciding that Cortex has failed him for the last time. He turns to one of the other members of the Cabal, a Time Master. The Master is pretty confident that he can stop Crash so he hires a mind control villain to kidnap everyone. The guy succeeds except for Crash who gets lucky thanks to his own Mask protecting him. The villains now have all of Crash’s friends + an evil version of Crash. Can Crash really save all of his friends and defeat someone who manipulates time with such ease? One thing’s for sure, this is not going to be an easy win for our young Bandicoot. Crash is going to need some kind of plan here.

It’s a pretty epic plot and unlike the last one we do get more cutscenes throughout each world. You get that sense of danger after clearing each world and I do like the idea of fighting all of Crash’s allies. I was a little surprised to see Crash among them though. I guess he was actually a good guy? Based on his dialogue it seems like he was mind controlled the whole time so he’s always been a hero. You can certainly color me surprised on that twist but it was good to see him again. As with last time the bosses are pretty well varied. The final boss even has two phases this time which makes him a true threat. You’ll want to really memorize his movement patterns or you’re in for a tough time. I would recommend sliding under him after every two jumps and then in phase two if he starts shooting the fast energy blasts go directly under him. He can’t shoot at that angle so you’ll be safe and then you can just hope he doesn’t fire off the homing energy blast instead. At that point you’re pretty much just plain ole doomed.

As for the levels, they’re mainly your usual Crash 2D Platforming levels. The actual levels feel a little shorter than the last game’s, but it’s pretty close so that could just be placebo. Either way the controls are smooth and one thing that I liked was how you have all of the power ups from the start this time. It does make the game as a whole considerably easier than the last one, but I really enjoy the double jump. It’s just hard not to play with it so I’m fine with the game being a little easier if that’s what it takes. Just go through the level cautiously and you should be fine. If you’ve made it this far in the series you’ll definitely be okay and if not the game actually has a pretty helpful tutorial at the beginning.

One of the alternate gameplay styles that made a return here is the Monkey Ball style. It’s my least favorite style in this game though. The levels have too many obstacles so you end up having to go really slow the whole time. As a result you don’t get to really capture that fun Monkey Ball spirit. Another gameplay style is the space missions where you have to boost through the levels and blast alien ships. I don’t think the boost mechanic was necessary here but I’m always up for some space blasting. There are only 2-3 of these levels in the game so make them count. Finally you also have the boat levels where you have to try and escape Jaws. These levels are a bit random but pretty fun. I consider them to be an upgrade over the running towards the screen levels from the earlier games.

So I don’t really have any complaints with this game except for one. Naturally that’s the length. 1 hour is pretty short for any console, but especially for one as modern as the GBA. Clearly the goal is to get you to replay it a few times until you collect everything, but I think the main campaign still could have been longer. If it was between the game being short or padding it out though then they made the right move. Collectibles should always be optional so I’m glad that the game made them that way. Forcing you to grab everything has always been a risky gamble and not one that I was a fan of.

As for the soundtrack, I’m finally starting to recognize the tunes after hearing them so much. The music in the game is pretty fun. It may not be the most dynamic, but the tunes are easy to listen to and help capture that Adventure spirit. You feel like you’re on a fun quest with Crash and the gang. Who can ask for more than that right? The graphics are also pretty good. They’re about the same as the last installment, but if it isn’t broken don’t fix it right? The character models are still on point and the whole thing looks pretty good.

Overall, Crash Bandicoot strikes again with another quality game that is just held back by the length. At around an hour to an hour and 20 minutes this game won’t really last you for very long. You could go and grab the collectibles to extend the game though. The levels are quick so playing them all 2-3 times isn’t a big deal if you’re interested in seeing how it ends. It’s always a tempting offer once I have less games on my backlog but at the moment I mainly just play the games to their original completion and just go from there. If you’re a big platforming fan or just want to relive the good ole days of the GBA then this is a solid adventure to check out. The fundamentals are all here so you should have a good time.