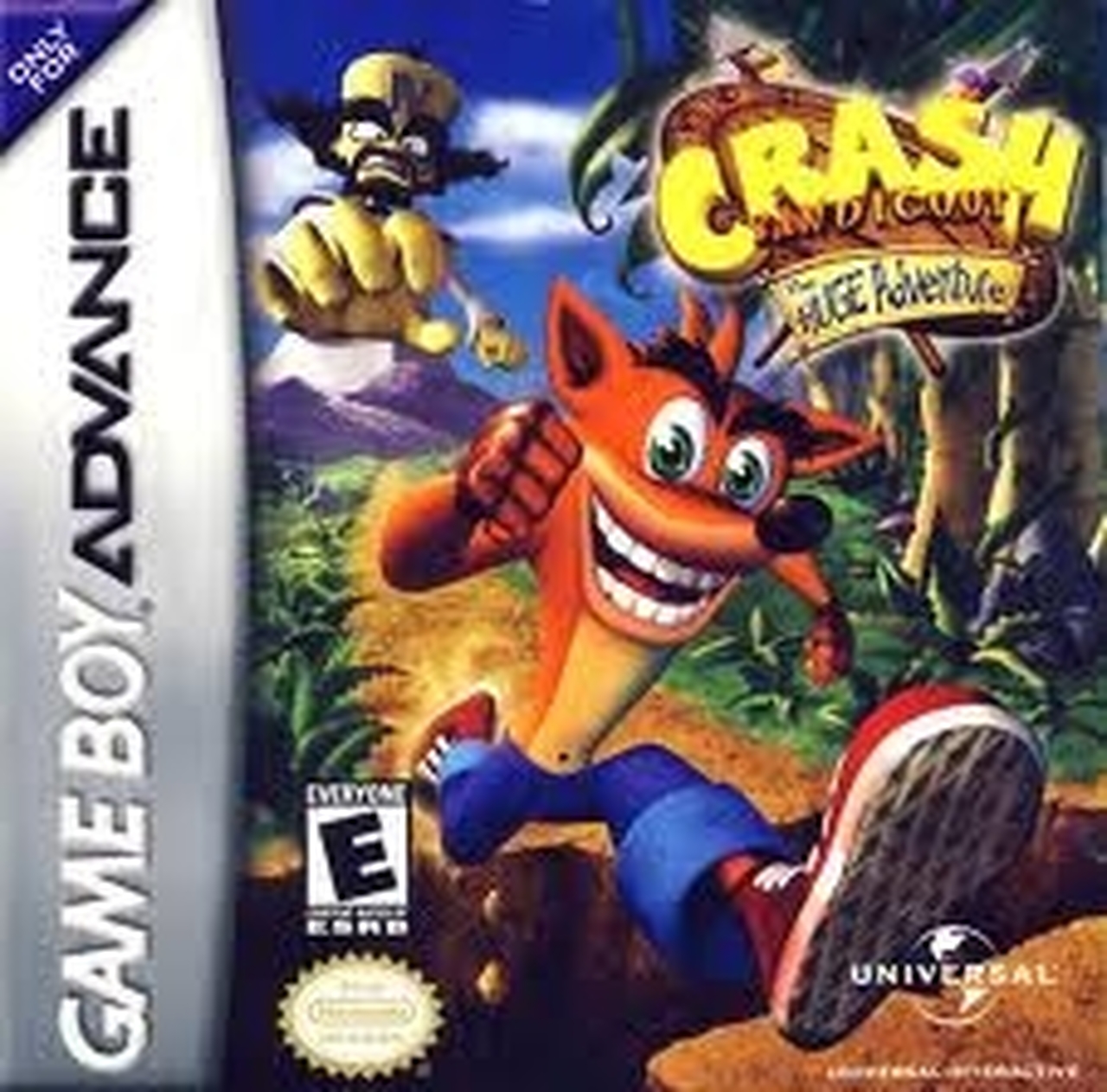 It’s time to look at another Crash title. This one is the first portable Crash title I’ve played so I was ready to see what it was like. I did see him briefly in the Spyro crossover but I bought the Spyro version so I don’t recall if you actually played as Crash at all. Well, this game is solid and keeps in most of the gameplay from the console games. You can’t help but feel like it’s a pale imitation though. The Gamecube version was already short and this one’s even shorter which is a bit tricky to get around. I beat the game in a little over an hour which is pretty crazy. I guess there is a bit of replay value to work with here, but that’s still pretty crazy.

So the plot is that Cortex has come up with his latest invention to defeat Crash. It’s a device that shrinks the planet to the size of a grapefruit which sounds like a pretty sophisticated piece of equipment. I was certainly impressed at any rate. There’s a lot of pressure on Cortex because the Mask has warned him that he isn’t allowed any more failures. Cortex does tend to fail the guy a lot so you can understand where he’s coming from, but I personally think it’s a bluff to get Cortex working. Crash doesn’t have time to worry about that though. His goal now is to find a way to restore the planet back to its original size and save the entire planet. Can he do it?

The main gameplay here is that of a 2D platformer. You jump over obstacles and smash enemies as you head to the end of the level. At first you only have a few abilities like rolling, slide, jump, and spin. After each world you unlock new abilities though including the really handy double jump. The game becomes infinitely easier once you obtain this skill. That’s because almost the whole game is built around trying to get through it with 1 jump even to the final world so you’re in a pretty good position as a result. Just be warned that the second jump destroys your momentum in the air so be prepared to not cover as much distance as you might think with the jump.

The gameplay is definitely pretty fun. I think the Crash style is good at bringing in some difficult levels that will test your fundamentals without going overboard. Even the toughest of sections will be cleared before long. The game also has some other gameplay styles here like swimming. The underwater levels are greatly improved here from the Gamecube game so I’ll give the title some props there. It’s still not quite as fun as the traditional levels though. Then you’ve got the running to the screen levels. Those still seem to be a bit luck based if you ask me since you can’t see where you’re going. They’re fun enough though.

Finally you have the aerial levels which are definitely a lot of fun. You fly through the air and blast away at all of the objects that stand in your way. It can be hard to dodge the obstacles while still landing hits on the opponents. To that my best advice is to just stay in place while blasting. You can actually deal far more damage than they can so this works in all levels until the final aerial one. There you need to move a bit. So keep in mind that you still dodge minions but for the checkpoint bosses just stand still and blast away at them. It works pretty well. There is one world boss which is in this style and that one’s pretty fun. I recommend knocking out the machine gun on the bottom first since that makes the boss a whole lot more manageable.

When it comes to the graphics Crash looks pretty good. The character models are solid and the illustrations look nice as well. They make Cortex look even sadder than usual but that’s pretty much in character so I can’t really say that there are any issues there. The level designs don’t have a lot of variety though and it feels like the game re-uses the backgrounds quite a bit. Unlike the other Crash games where each world has a theme, pretty much every world in this game is either a forest or a science lab. I think more levels would have been nice.

When it comes to the soundtrack, it’s pretty fun. I wouldn’t say that any of the themes are all that memorable though. If anything the sound effects are really the memorable part of this game and you probably won’t be forgetting those anytime soon. As I mentioned, the length of the game is under 2 hours though so keep that in mind when buying this game. You can extend your playtime a bit though by going back to all of the levels and getting all of the collectibles. It sounds like that would trigger a bonus level or some kind of extra cutscene I suppose. Hopefully it’s something good because collecting everything seems like it would be pretty difficult and take a while.

There isn’t a whole lot of plot here outside of the opening although that isn’t really unheard of on the GBA. You’re in it purely for the gameplay after all. Hopefully the next game will have a bit more story though. As for the boss fights, they were all different so that was one of the best parts of the game. The most enjoyable boss fight would have to be taking on the giant fox as he jumped from platform to platform. It was a fun idea for a boss fight and I don’t believe I’ve fought one quite like it before. I always like seeing a creative new approach to a battle.

Overall, Crash The Huge Adventure is a pretty solid Crash game. It definitely could have benefited from a few more hours of runtime but what we do get is solid. It really just holds the game back a star, but that’s all. At the end of the day if a game is fun then it’ll still earn itself more of a decent star. Maybe if it was something even more excessive like 10 minutes that’d be another story like some of the NES games, but at around 1 hour it could be worse. I look forward to seeing how N’Tranced fares. It’s listed as being a little longer than the Huge Adventure so we’ll see if that is true as my Crash marathon continues.