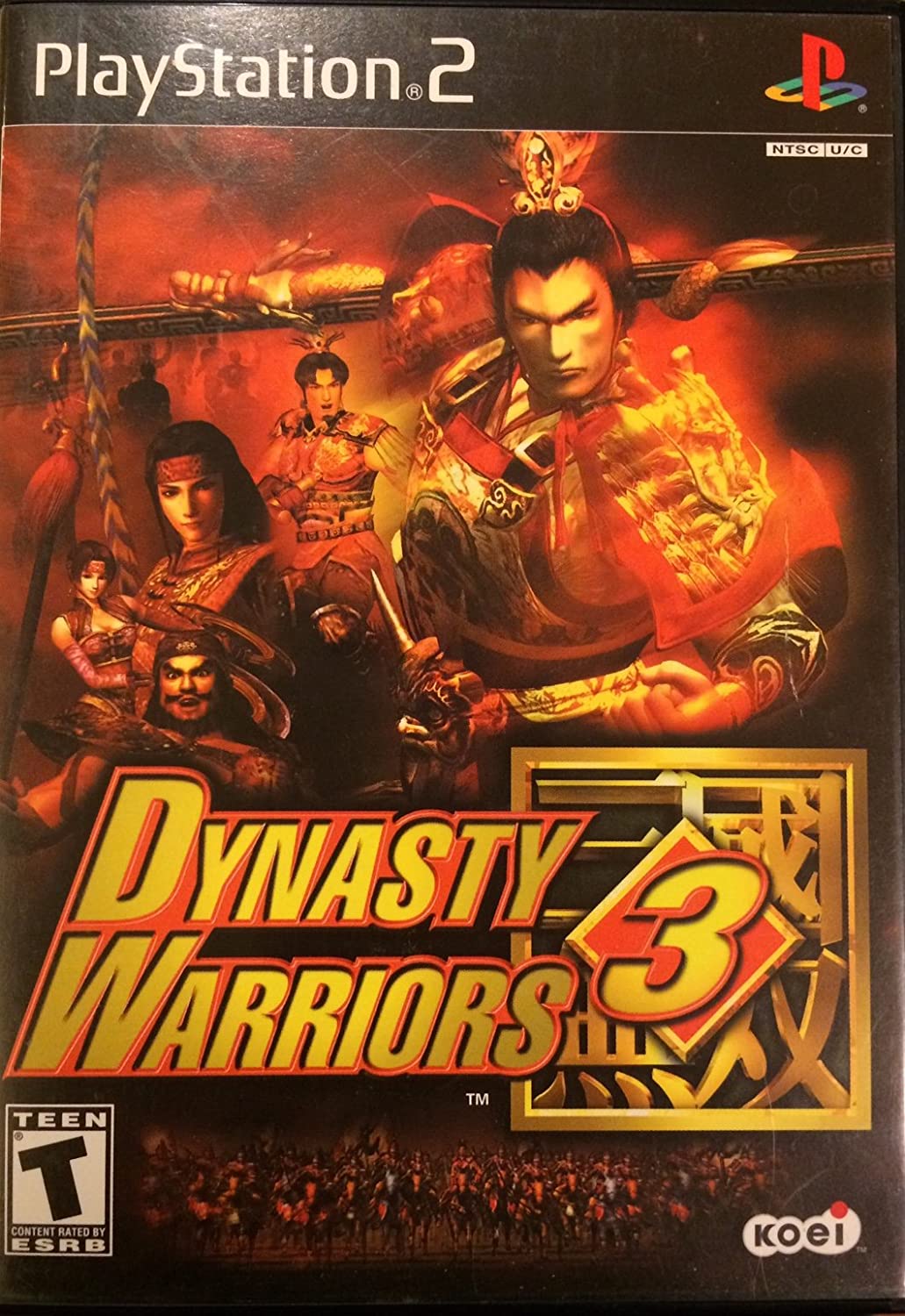 It’s time to look at one of the original Dynasty Warrior games. I played DN 2 a while back, but it’s certainly been a while since I was able to get back into the franchise so this was nostalgic for sure. I enjoy beat em up games a lot because it’s fun to just mow down armies and also attack strategically. The actual stories of the games can be a bit on the dull side for me though. Sengoku Basara the anime did this era the most justice in my opinion by making it really compelling. Still, the gameplay is enough to keep things going and the title does its best by adding in some fun cutscenes during the game.

So I picked one of the warriors from Wu to play with here. The goal is to unite China so I quickly got on that. The campaign is around 7 levels long. The levels can range from 30-90 minutes with how much time you have to complete it. One of them left me with only about 2 minutes left which was pretty stressful. These levels really don’t mess around and while 90 minutes may sound like a whole lot of time you can easily start getting close to that. You can play the levels aggressively and chase the commanders or you can play the long game and whittle away at the enemy forces. You’ve got options here and that’s part of the fun of the genre. How you play is really up to you.

This is one of the few series where Normal mode can actually be incredibly difficult. I did that one for the first few levels and it felt like hard mode. Not only were the enemy soldiers incredibly powerful but the timer was really not on your side. I would cut it extremely close until I lowered the settings. It is pretty exhilarating if you have time though. One big difference here compared to a game like Fire Emblem Heroes is that you aren’t an invincible superhero here to save the day. You can’t just mow through enemies too quickly and in the meantime your teammates are probably getting wrecked. As a result you do need a plan and usually that means stopping all of the sub generals and then going for the big ones. I also recommend going for the enemy camps since if you don’t blow those up early they can keep calling for backup infinitely. That’s a really good way for your side to lose morale so you have to do whatever you can to put a stop to this.

Another strategy is to go for the enemy boss right off the bat. Some levels prevent this by not having him show up til later on but in others you can literally just run up to him if you’re feeling brave. The downside to this naturally is that you will be outnumbered. It can take you around 2-3 minutes of nonstop running to get there so there’s no way backup will arrive in time and the rest of the enemy generals will follow you. When this works it is quite satisfying though so I recommend trying it out at least once. You need to make sure you really understand the gameplay to pull this off though.

This is a 3D beat em up title so you are naturally going to be fighting a lot. You’ve got your standard attack, power move, super attack, and block button. A really handy combo is 2 standard attacks into a power move which will stun the opponent and then you can do another attack. I recommend saving the super attack until the enemy lands a hit on you. It’s a guaranteed combo breaker and will let you get back on offense. Additionally if you are low on health and really need to get out of there then this is definitely your best option. There is always a pot with some healing items next to each camp so run there if you need too. You will definitely be doing quite a lot of running throughout the game.

If you’re low on health but don’t want to run away then just remember that your super attack meter auto charges once you’re close to dying. You can run around a bit to buy time and in a few seconds use another super attack. If you do this a lot then you should be able to survive even when low on health. Just be careful because the enemies may land a lucky shot here or there and one hit could finish you off pretty quickly.

The graphics here are definitely pretty solid. The game has a very retro PS2 feel to it and that’s in a good way. There are more cutscenes here than I remember in 2 which is nice because it makes the story feel a bit more grand. The soundtrack is quite excellent with a ton of rock themes everywhere. The series has always done a good job of getting that “cool” factor across which is important. The music pumps you up for the battles that lie ahead.

This game also has a ton of content. In general I think beat em up games always do a really good job of including a ton of content in their games. After beating a campaign you can always jump right into the thick of it with another character. Additionally you can replay old characters to strengthen your fighters and obtain some items to boost them as well. If you do play the story mode on higher difficulties it is almost mandatory that you do this or your character simply won’t be strong enough to do much of anything in the final levels. The level ups here make a huge difference in the long run.

Overall, Dynasty Warriors 3 is a very fun game. While the story may not be super excited as it feels like you’re treading on familiar ground, the gameplay is as solid as ever. Beat em ups are just a fun genre to mess around in and back in the day I spent a lot of time doing just that in the Bleach PS3 game. Now I don’t stick around with games for nearly as long but if you have time then this is a solid title to pick up. I’m sure you would probably start with a newer title though and I definitely wouldn’t blame you there. I look forward to playing more of the new ones. At the time of this review I’m actually playing a newer installment in the series so a review for that will be showing up soon.