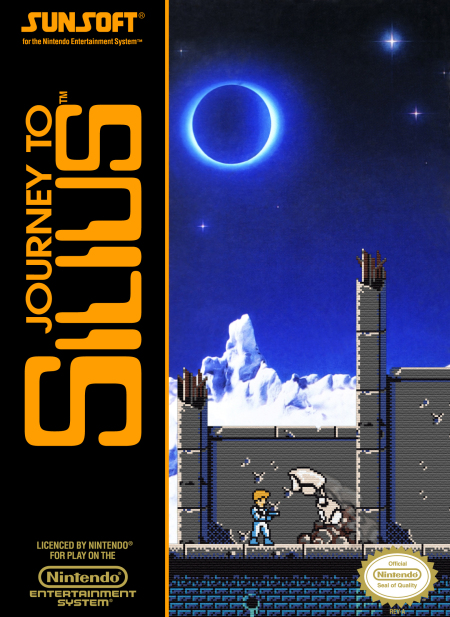 It’s time to look at an old fashioned shooting video game. This one brings in a nice sci-fi feel to it as you go through the campaign. I appreciate the fact that this game has a real intro so it’s definitely got more of a budget than the average title. The gameplay is definitely on point. Don’t expect a walk in the park though. This is easily one of the toughest games that I’ve played in a long while. Each level throws quite a lot of challenges and projectiles at you so dodging them all is not easy. There are only 5 levels but they should take you a good amount of time to conquer. I expect the campaign is about 40-50 minutes depending on how often you die of course.

You have your standard gun which has unlimited ammo. The pellets it fires are similar to the Mega buster in the Mega Man games. I didn’t realize I had other guns for most of the game so I relied on this one. It’s reasonably powerful so you can definitely use it to conquer the game. The controls are pretty simple here. You can run and fire as you go through the game. Ducking is also highly recommended and even essential in some parts of the game. You gotta think quickly because once the enemies come running in it’ll be too late to do anything. Expect a lot of rewinds using the Switch Online feature because without it you may be in a pickle.

The other weapons you have include a machine gun, pocket rockets, a shotgun, and more. I mostly liked the rockets. These things did a ton of damage and would help me clutch out a win against all of the big boss in the end. I think the last two bosses in particular would have been pretty difficult to defeat without this. They just deal so much more damage than the normal gun after all and you can fire them just as quickly. They do use up your gun energy though so you can’t just spam them during the level. Personally I recommend saving them entirely for the bosses. Otherwise you just won’t have enough to go around.

Silius has great graphics throughout its run. The level designs are on point and it definitely gets that nice Sci-Fi feel to it. The enemies also look pretty impressive. It’s all aged really well visually and I can say the same for the soundtrack. It’s pretty ominous but also has a bit of hope like some of the classic Mega Man games. I’d draw a lot of similarities between the two. This game just works really well and the gameplay is also quite smooth which is also very important. At most it can just be a bit hard to jump if you’ve been running so I recommend stopping before switching actions. The rewinds can make you lose your tempo at times so keep an eye out for that.

Overall, Journey to Silius is a pretty fun game. It’s definitely one of the better NES titles and so I was glad to be able to check it out. While only having 5 levels may sound short, the incredible difficulty levels of the game prevent you from beating it in an instant. You’ll have plenty of time to try and work out some strategies for dealing with the villains. Additionally, it’s a pretty fun game so even when you have to replay sections multiple times it never feels like a drag. That’s definitely the beauty of good game design. There are no levels where I felt that it was just unfair. With practice you can just go through the whole thing very smoothly. I’d recommend definitely checking this game out.