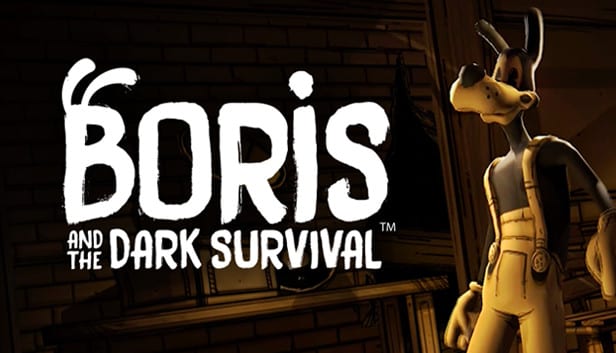 I’ve had this game downloaded for quite a while but it took me a bit to have enough time to really play through it. It’s a pretty fun game and definitely worth a shot if you got it while it’s free. I wouldn’t recommend paying money for it though as the gameplay is a bit on the limited side. It’s good to see Bendy expanding its horizons though and with at least 2 mobile games that’s more than most franchises have. At this point in time I don’t think there’s any reason for a franchise to not have a mobile game. It just makes so much sense to pop out a couple of them in.

The gameplay is effectively an overhead version of the classic Bendy game. You have to move through the rooms of the floor to find 6 objects. After you find around 4 you run the risk of Bendy showing up. Grabbing all 6 guarantees an appearance so you need to run to the elevator as quickly as possible in order to escape. There are a few charge terminals across the floor that you can hide in but they’re pretty much pointless once you have all 6 objects. If you didn’t make it to the elevator in time then there is no way to win. Bendy waits right outside the door for you and you’re basically soft locked out and just need to let him finish you off. Win or lose then you repeat the game from the elevator.

Each time you start the game there seems to be a different room loaded up so that’s pretty neat. There isn’t really much of n ending as far as I can gather as collecting the 6 items just gets you ready for another round. It’s possible that collecting the items of every room will get you some kind of cutscene but I’m not so sure about that because the rooms are generated randomly. Perhaps a room you’ve completed won’t appear anymore but that seems rather sophisticated for a mobile title. So if my gut it right, then the game is really more about seeing how many runs you can do in one shot or something like that. It’s all about beating your previous score.

The gameplay is pretty smooth although moving the character is difficult. This is where it would have been good to have that mobile controller people always talk about or maybe even the PS4 one since it apparently works with a lot of games now. Whenever I would move the control stick it just wouldn’t stick with me so I would end up freezing. The levels are pretty short at least which definitely helps a lot but otherwise that could have been pretty tricky. I think expanding the control stick on the menu would have helped a great deal to make the moving process a bit more smooth.

The graphics are fine. It’s going for a bit of a dark aesthetic so they won’t particularly standout or anything like that. It does a good job of keeping the main game’s look and feel though which is good. It shows that mobile games have really come a long way and you can turn just about anything into a mobile creation if you really want too. The soundtrack is more on the nonexistent side though. You won’t really recall any themes afterwards.

Overall, Boris and the Dark Survival is a fun little game to check out. It’s definitely a bit limited though which is what ultimately holds the score back. You’re just not going to be sticking with this game for very long which is unfortunate. I think throwing us a bone with some story details or a few cutscenes would have really gone a long way. Right now it just feels like there is no real replay value. Still, if you’re a big Bendy fan then it’s probably worth checking it out. I was able to check it out while the game was still free so it was definitely worth it. If you have to pay a price to play the game now then I would definitely double think it a bit. You may just want to wait for the next full Bendy game which should be coming out fairly soon at this point.