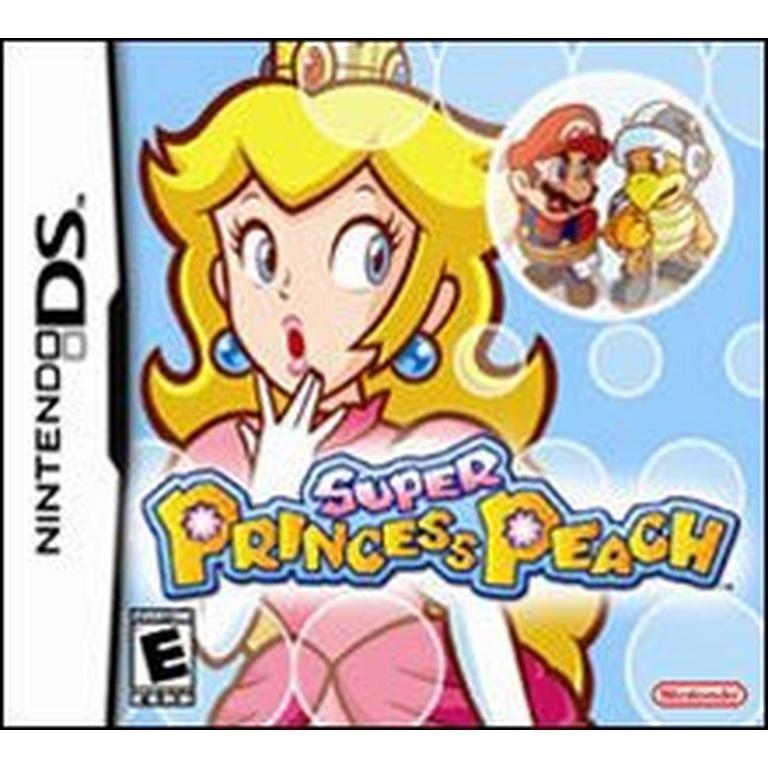 This game has definitely been on my list to buy for quite a long time. Well, I finally took the plunge and did it live up to the hype? Well, the gameplay is pretty solid but there are some aspects that ultimately hold it back from being nearly as good as it could have been. At the end of the day just focus on getting this at a reasonable price and you’ll be good. It’s also nice that Peach finally got her own game instead of being kidnapped this time around. It’s a nice change of pace.

The game starts with Bowser’s minions storming the castle and easily taking Mario and Luigi down. This was made possible because of a scepter they obtained that can manipulate emotions. How can the Mario bros hope to stop someone while they’re sobbing right? That’s basically the concept here and it works out quite well. They leave Peach though which proves to be a fatal miscalculation. She enlists the help of a talking umbrella and together they fight off Bowser. No road left but the one to victory. Peach is going to prove once and for all why she is the ruler of the Mushroom Kingdom.

As far as original characters go the Umbrella’s not that bad but he’s very forgettable. He barely talks at all and has the same dream at the end of each chapter. That part’s a bit on the repetitive side because the scenes are just too similar. It’s like the Paper Mario Color Splash cutscenes although even those had a little more detail added to them. In this game get ready to see the same stills over and over again. At least they look decently solid I suppose.

There isn’t really a story outside of the opening and ending anyway. You’re really here for the gameplay. So part of the game plays out like your traditional Mario game although you can whack people with your umbrella. Peach also gets more abilities as the game goes on which you can buy from the shop like energy blasts and a ground pound technique. I also recommend buying the floating ability right away because it helps quite a lot with the actual platforming. It saves you a ton of time if you have this at your disposal. Be careful about going through the levels too quickly though as the game will absolutely try to penalize you for it.

That’s the main thing that holds the game back. It all goes pretty smoothly as you breeze through all of the worlds until you hit the final one. That’s when the game reveals that in order to challenge the final level you actually need to have collected all of the Toads in the game. Are they serious? Unfortunately yes. There are a ton of Toads in the game as well with 16 in each of the first 7 worlds and 15 in world 8. I skipped just about all of them initially so I had to literally replay every level. Most of the Toads aren’t really all that hidden but it’s still the concept of the thing. This turned the game into a 10 hour experience when it should have really been far lower. I never like when a game artificially extends the playtime like this and it felt pretty unnecessary. Collectibles should never be mandatory for the main ending. If you are going to go that route, then you really need to let the player know right away. This ended up shaving a full star off of the review.

The graphics are pretty solid though. It’s definitely got that Nintendo flair to it. The worlds have a lot of color and energy. As always Nintendo does a good job of making sure that each world feels very different. It makes the experience a whole lot more convincing. Unfortunately the recycled cutscene at the end of each world does make the whole thing feel a bit lazy though. It’s not really something I would expect from a Nintendo game to tell you the truth. You expect Nintendo to crank something new out each time so that was a bit disappointing. As for the soundtrack, it’s not as memorable as the big Mario games but I thought it sounded well enough. It’s just pleasant background music as you ride on through the levels.

There’s ironically not a whole lot of replay value here since the game makes you grab the collectibles anyway. Most likely the only things left might be to find a few music tracks of puzzle pieces you didn’t find over the course of exploring each level. Additionally there are a lot of things to buy in the shop but you should have finished purchasing almost everything by the time you wrapped this game up. 10 hours is a pretty solid amount of content even if it is pretty forced. Your whole perception of the game will depend on if you know about the collectibles so I recommend just trying to grab them all right off the bat.

Overall, Super Princess Peach is a fun enough game. If you like platformers then it’s worth checking out. I liked some of the new additions to the classic Mario gameplay like being able to fire off energy blasts. I was not a fan of having to grab collectibles though. That was a mistake from the game. I could do with or without the emotions system. As far as gimmicks go it’s not really in your face nor does it hamper the gameplay so I’m okay with it. I don’t think it’s all that necessary though. The game did a good job of bringing in all of the classic Mario villains so if we get a sequel someday I’d like them to continue on with that theme. There are certainly a lot of other good Mario bosses that you can bring into the mix and we already know Peach can fight thanks to Super Smash. She’s ready for some more action.