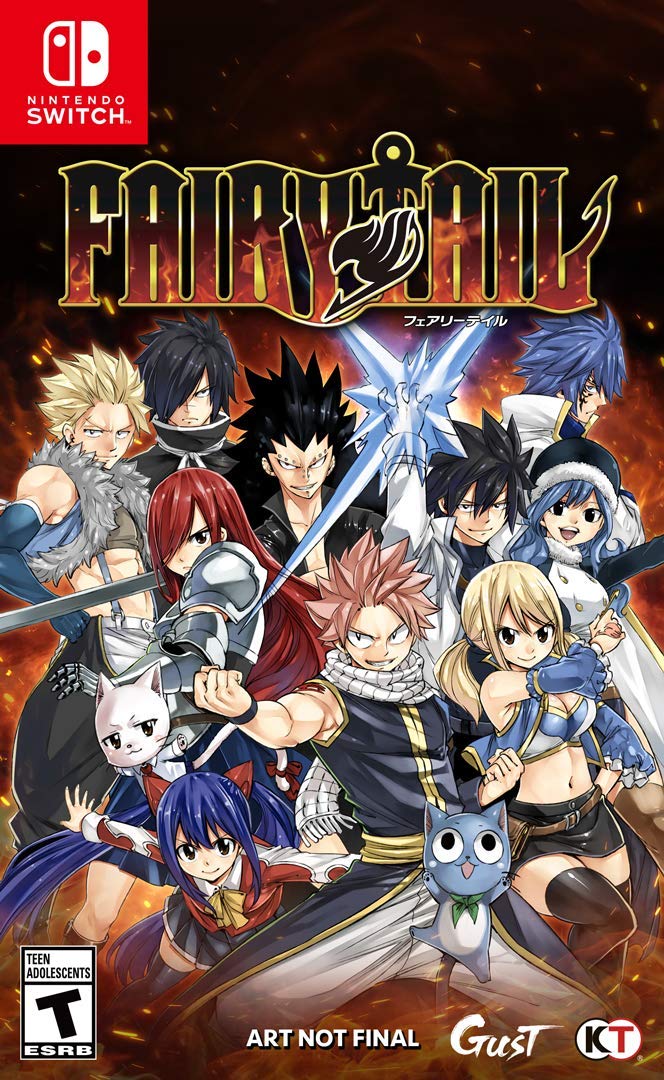 It’s time to look at a fairly recent RPG that came out. Fairy Tail is a game that I was looking forward to for quite a long while. It’s one of those franchises that has an amazing story, top tier art, excellent fights, etc. It’s pretty close to a perfect game and I dare you to find a smoother one. There are a small handful of things that keep me from giving it the 10 star value of course like frame drops and such but overall you are bound to have a blast with this one.

The game starts you off with the big battle against Hades. It’s an interesting starting point but I’m cool with skipping a lot of the early stuff. This way you get right to the heart of things without any kind of delay. That’s how it should be right? After you defeat Hades then it’s time for the big tournament. Fairy Tail has really not been doing well for the last few years after Natsu and friends were wiped off the planet for a few years. It’s going to take some time to get Fairy Tail back to being the #1 ranked guild on the planet but time is definitely one thing that they have a lot of. It may take some time but nothing’s going to stop these guys.

One of the aspects of the game that really works so well is how smooth the gameplay is. It’s a lot of fun just running around the hub world and completing the side quests. Two reasons for this are the convenience of movement in this game and how easy it is to collect resources. There are a lot of different areas to travel to, but you do have quick move points across all of the different hub worlds which is great. You are also told where the resources are so even though it is RNG on where they will appear in the level, you have a good direction of where to go. The instructions are very clear so you’ll never get lost here. There are also options you can use to streamline the game further by cutting out effects. Usually I do that after a while but this game was so much fun I opted to keep them on.

The gameplay is a classic turn based style. It uses turns based on speed so it’s similar to Megaman X Command Mission in that sense. I always thought incorporating speed was a good idea so it’s not just literally going play by play. It gives you more of a reason to actually use status effect abilities as opposed to just launching away at the enemy the whole time. Typically that’s still what I did though. In the hub world you can run around and interact with just about anything. You can also jump a bit but I’m not sure why to be honest as it doesn’t seem like you can ever jump anywhere. I guess they just wanted you to have the ability which is fun enough.

The story is dynamite of course as you tackle a lot of the big Fairy Tail moments and take down all of the opponents who would dare get in your way. Fairy Tail has always had an incredible story but it was held back by the consistent fanservice in the series. The game largely gets away from that. You do have two obligatory beach/pool scenes though so it’s not perfect. Additionally Lucy’s special ability to amplify your team’s speed is about doing a pose and some of the costumes can be tricky. The good part is most of this stuff is optional though so it doesn’t really get in the way of the game as much as it could have. That’s definitely a good thing because it’d be a shame for all of the positives to be overwhelmed like that.

There’s also quite a lot to do in this game. Going through the main story and the epilogue which is surprisingly long should take you around 21-22 hours. There’s a lot of grinding to be done if you want to get through the story easy enough. I went out of my way to upgrade all facilities and do as many side missions and bonding events as possible. I cleared all of the quests for B rank and lower as well as most of the A ones. Even with all of that, I was barely able to beat the final boss of the epilogue. That guy was Level 70 while my team was still in the 50s so his durability was crazy. I definitely recommend having your team a little higher leveled before trying to take down a guy like that. He’s definitely not going to go down very easily that’s for sure.

Leveling up isn’t that bad in this game though. For starters, even when a character is not in your party they get EXP. That includes characters you haven’t recruited yet. They don’t get 100% of the EXP your starters get, but it starts at 50% and by upgrading your facilities that number goes up to 80%. It’s why I recommend upgrading early because you get a ton of passive effects that all add up during gameplay. There are other areas to explore that I never even tried like the Pool which increases bonding and the Laboratory where you can synthesize new items. I got this game on the Switch so there’s no trophies but I do feel like I came pretty close to 100% clearing the game. It would probably still take another 5-6 hours I imagine to clean up all the side missions and character events but I definitely made a lot of good progress and it was definitely fun.

The graphics here are really nice. I would have liked to have had a few more of the big budget cutscenes show up but the fact that we get full voice acting throughout is very good. I always feel like that helps you get to the next level. The in game graphics are quite solid as well. The soundtrack is a little limited but there are some really solid themes in there. I just wish my favorite theme had shown up a little more often. It only appears briefly for some of the big fight moments. Still, With 48 tunes I suppose I shouldn’t say it’s that limited. It’s certainly a lot more varied than a great number of other games I’ve played.

Overall, Fairy Tail really focuses on being a very enjoyable game to play and that’s why it succeeds. The RPG format is one of the greatest formats in gaming because the longer the game is the more time you have to focus on liking the characters and getting used to everything. It’s really a fun journey and the game gets you hyped for the sequel. I certainly got nostalgic for Fairy Tail after this and have been watching some fun reactions to the manga’s big moments. Whether you’re a Fairy Tail fan or not I think you can get a lot out of this. That’s because it’s just an excellent game that was crafted really well. Context or not, you’ll understand what’s going on the same way you understand when starting out a brand new RPG that offers up a lot of questions. This is definitely a game of the year contender and has a ton of replay value which just strengthens the argument.