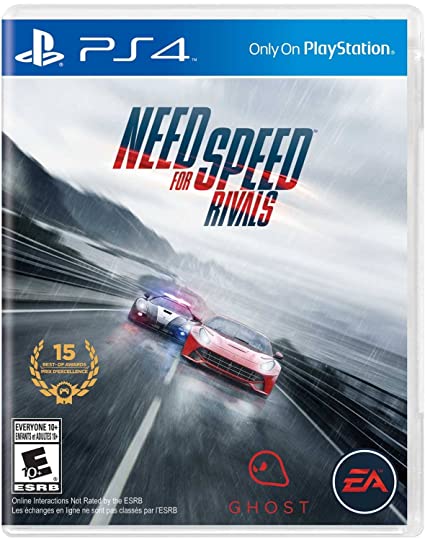 Well, at long last the Need for Speed marathon is now over. Rivals was the last one I owned that I had not yet played so this was quite the milestone. It’s been a lot of fun racing around and Rivals definitely does feel like a lot of effort was put into it. The graphics are definitely top notch and there’s a whole lot to do here. You have fast travel here which is always a must for games where the hub world is so huge. The story may be a bit weak but you’re here for the gameplay and definitely will not be disappointed.

The game starts off by asking if you want to play as the rebels or the cops this time around. I went with rebels since I played as the cops last time. Please note that you can switch sides at any time. Ideally the game is hoping you’ll go ahead and complete both stories. As it is, each side is fairly long so the game did a good job of really making sure the purchase was worth the money. I don’t think it would be possible for you to beat this game in under 10 hours for example. On the Rebels side the plot is basically that the main guy is trying to prove that it’s best to live life on the edge getting your 15 minutes at a time as he breaks all of the rules. The cops begin getting more and more desperate to catch him. Then you have the cops who are doing everything they can to take this rebel down but it’s proving to be difficult. They’re also having to deal with a lot of copycat racers so all of those guys need to go down and fast.

The game has a lot of different ways to race. You’ve got the standard races, time trials, pursuit races which is a race while being chased by the cops, and Interceptor which is a 1 on 1 battle with you and a police car. Each chapter is divided into missions and each mission is divided into a few tasks. For example one mission might be to win 3 races, clear one time trial, and earn 100K. Once you do all of that then the mission is completed and you will move onto the next set. I like the clear plot progression here as well as the fact that none of them feel all too crazy to me. The tasks are all pretty achievable even if they may take some time. The toughest set always seemed to be the drifting ones so I didn’t even try those. Typically you’re given 3 options on which set of tasks you want to complete and I would go for the racing focused ones. They just seemed the most direct.

I’d say the game took around 12-15 hours but I suppose it’s hard to say exactly. The final race in particular was a really tough one that took me quite a few tries. You have to drive over 30 miles nonstop in order to reach the end and if you made a wrong call or had a bad bump then there’s a chance you would lose and have to start from scratch. Let me tell you, starting from scratch is never fun. Still, since it’s the final level I can give it a pass. None of the other levels are nearly so long and it does make sense that you would want the final level to be a challenge. This game actually had far better pacing than most other Need for Speed games with how the levels go so I have to give a lot of kudos there. I also liked the variety. This was just a really well balanced game.

Part of what makes it work is how interactive the hub world is. It just feels alive with cars moving around at all time and the cutting edge graphics. As I mentioned earlier the game looks amazing. Definitely what you would expect form a next gen title. The soundtrack was also not all that annoying this time around which is great. The franchise is not usually known for having a good amount of solid themes so it’s something that can always be a bit concerning. This way there wasn’t really anything to worry about. When you pack on the replay value then you’ve definitely got a bargain here.

At its core what makes Rivals so good is of course the gameplay. It’s all very smooth and you feel in control of the car. I like that you unlock cars which you can use and buy them with cash but there isn’t the crazy level of customization that other titles have. I don’t mind a little customization of course but after a point you want to be able to just jump into a car and start driving instead of always wondering how you can optimize it. This one leaves things reasonably automatic as well which I think is a great middle ground. The game also has a lot of items at the ready here as you can attack with mines and shockwaves as well as protect yourself with Jammers and stuff like that. Items can work quite well when used the right way. For racers I really don’t mind not having any gimmicks but I won’t complain about them either.

Overall, Need For Speed: Rivals is a great game. It really captures the essence of the series and executes on every angle quite brilliantly. There is no part of the game that I would shake my head at. Even the story which can be a bit overdramatic as you follow a lead who is so far from being a hero that you can’t root for him, is okay in the end. At least it doesn’t drag on which I appreciate. You don’t get to see a whole lot of cutscenes but at least each one has a direct purpose. If you’re looking for a good racing game to pick up then I would definitely recommend this one. You really can’t go wrong with Rivals.