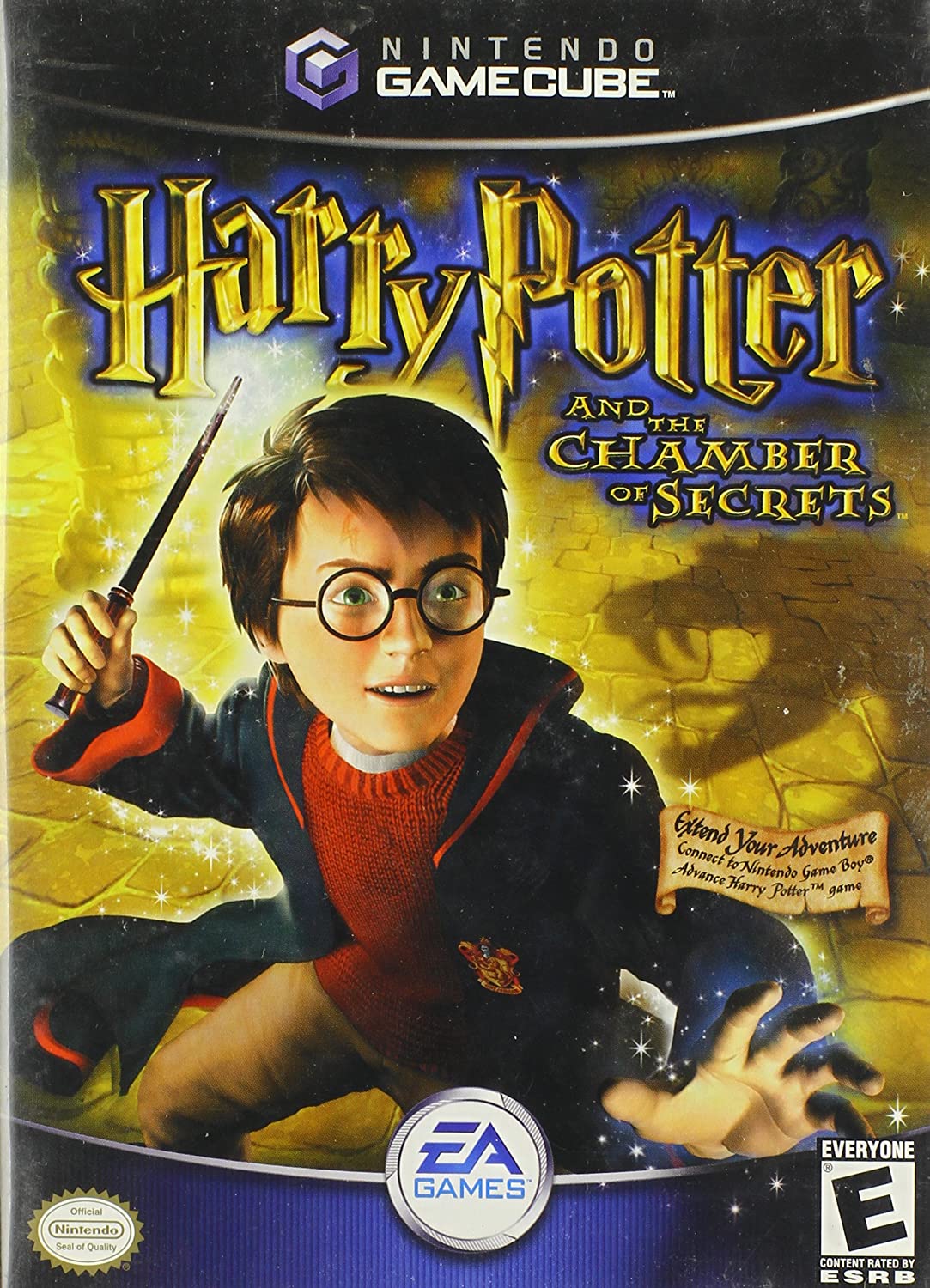 We continue our Harry Potter marathon with the next game in the series. Chamber of Secrets really takes a lot of what made the first game good and then improves on them. So that’s exactly what you could have hoped for from a sequel. There aren’t any really weak parts to the game although at the same time I wouldn’t say it’s great or anything like that. It’s just a fun follow up to the original. The hub world isn’t quite as large as the first game but is still quite large.

The game starts with Harry having a good time in town as he gets some shopping done before heading back to Hogwarts. As much as things change they also stay the same. Draco Malfoy and the gang keep picking on the weaker mages. The stakes are a little higher this time around as a fabled Chamber of Secrets is somewhere in the school. Harry needs to track it down because in the meantime a monster is on the loose and it may end up murdering a bunch of the students if it isn’t taken care of and fast. Harry will need all of his skills if he is to take this guy down.

It’s a pretty solid story here. The Potter games have been consistent with giving a lot of cutscenes throughout. Just from the games I can quickly remember how much fun Snape is. He certainly gets a bad rap but at least the guy is always around unlike Dumbledore who vanishes when things get tough. The whole twist about Tom Riddle is pretty interesting and he makes for a pretty great character. The guy’s just a lot of fun. Meanwhile Harry and the crew are pretty solid although Ron never tends to grow on me as much as the other two. He needs a little more skill to back up his confidence.

Gameplay-wise this one is pretty basic. You have a few different spells at your disposal and use them in order to take the opponents down or to solve various puzzles. The spells are largely the same as in the first game. You are still only able to equip two at once so get ready to have to pause the game a lot. The save feature is also still manual so just try to remember to save every now and again or you may have to replay large chunks of the game. It’s pretty impressive just how similar to the first game this one is. Even the menus all look very similar. Same with the levels but that makes sense since it is still the same school.

The graphics aren’t bad and look pretty similar to the first game. I’d be hard pressed to tell you which one was better. Th soundtrack is also decent. None of the tunes will stand out in particular but I wouldn’t say they hold the game back either. They have just the right amount of pep to add to the fights. I feel like that describes the game pretty well as a whole. It’s a very standard game that feels like you’re picking up right where the first game left off. There are some improvements like labels on the map so you know where you’re going and the controls themselves are a lot smoother. Those are the two main improvements here and I would have to say that they are fairly key.

The gameplay one alone is really nice to have. In the first game it wasn’t uncommon for you to just fall off of a box or something because the character refused to move in the right direction. That should not happen here. The game isn’t all that long though. You should have it conquered within around 6-7 hours I’d say. Of course if you aim to grab all of the cards then that will probably take you a little longer. There are a bunch of them scattered all throughout the place. The toughest part is that you have no way of knowing which ones you have already collected which naturally makes things pretty tough. Still, it would definitely add a few hours to your overall play time.

Chamber of Secrets does end up hitting you with an extremely easy final boss though. The way to beat it is pretty simple, you just dodge the attacks by moving side to side for a bit, knock it with your main weapon and you’re good to go. Rinse and repeat around 6 times until you claim victory. The main thing that makes this fight pretty easy is just the fact that the way to dodge the boss’ attacks is simply to move from side to side. You don’t even need a true strategy to beat him, that’s really what is pretty crazy about all of this.

The game is fairly light with bosses though. Another fight has you go up against a giant spider but it’s not so much a direct boss as it’s more about you running around to burn all the webbing. That allows you to gain the upper hand and escape. It’s a pretty nice level set up I’d say. The game stays quick paced at all times except for when you have to find some potion ingredients for Professor Snape. That’s when things can get a little tedious as you figure out how to do this. In the third game you would eventually be given pillars of light so you can see the ingredients once you’re within range but there’s nothing like that for this game.

Overall, The Chamber of Secrets is a pretty fun follow up to the first game. It’s been pretty nice to see the old Harry Potter adventures in video game format. You can’t help but feel that the points system is pretty rigged though. No matter what you do you always end up in first place when it comes to total points. That doesn’t seem totally fair or balanced if you think about it. You feel bad for the other groups because it feels like Dumbledore is determined to pick Griffindor no matter what. I suppose our class is the best one though. If you want to play a fun little game on the GCube then this is a good one to check out.