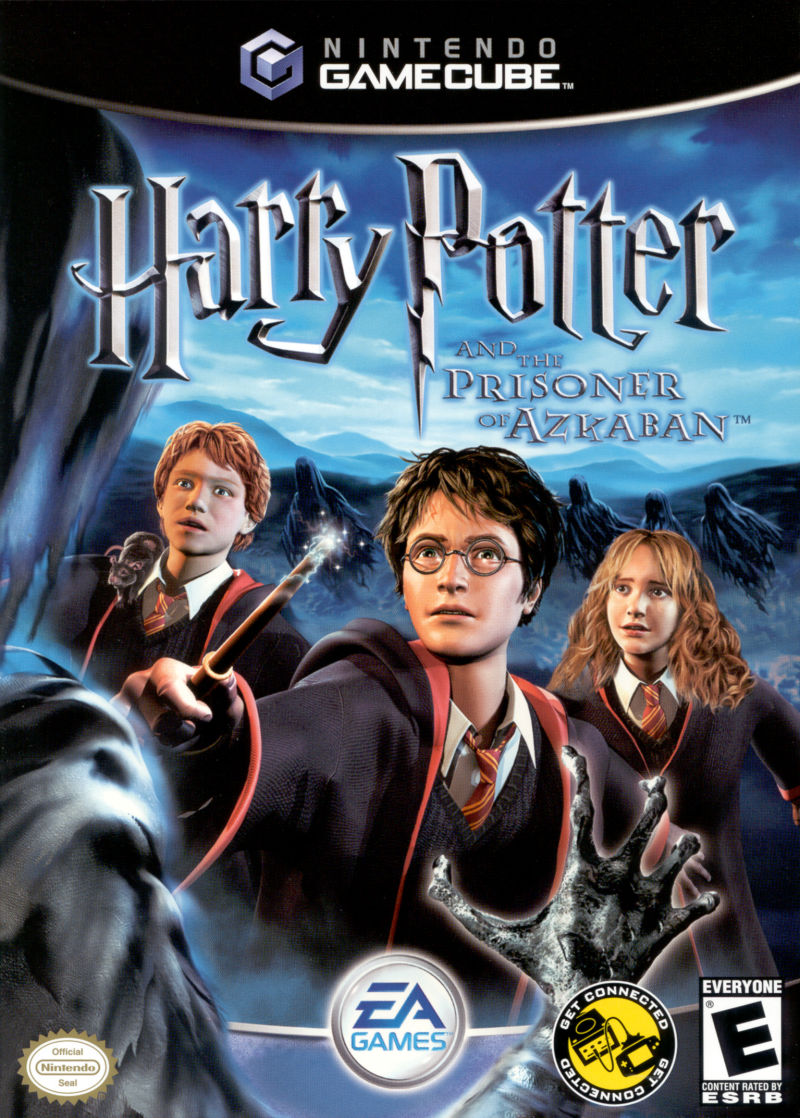 Now it’s time to look at the Prisoner of Azkaban. This Harry Potter game changes things up quite a bit from the first two. For starters the animation has changed entirely. The same is true for the voices and even the gameplay is a bit different. This one is going for more of a teamwork angle sort of like Sonic Heroes. Unfortunately this is easily the weakest Harry Potter game. It feels the last story based as the game spams you with dungeons and the gameplay isn’t nearly as smooth. Still, a decent game but not on the same level as the others.

Harry is back in Hogwarts and he is determined to have a good time. He’s an expert Quidditch player after all and his friend Hagrid is finally getting to teach a class. Everything is going well until Draco spreads word around that Hagrid’s pet is dangerous. Now the pet is slated to be executed and there doesn’t seem to be a way to stop this. Harry and his friends will have to think fast in order to stop this. Meanwhile they have to go through a bunch of dungeons in order to earn new spells.

The game is absolutely not playing when it comes to the dungeons. They’re just everywhere and around every corner. No matter where you look there are more dungeons at the ready. Each one has a bunch of puzzles so the game was really trying to channel its inner Legend of Zelda. It’s certainly a worthy attempt I will grant them that. The puzzles aren’t all that bad but it just feels like the game is stalling quite a lot. You go large portions of the game without a lot of big story developments and then suddenly the narrator will show up and fast forward the story for you. A lot of it is told through exposition instead of your actually getting to experience it. In my mind this is definitely a mistake.

Unfortunately the controls are back to being very sluggish again as well. They don’t respond to you very well. In particular turning can be quite the challenge. You just don’t go where you want to go which is pretty tough. It’s often easier to run off into the distance and then return because a simple turn is just that broken. Likewise with aiming as you’ll often shoot straight into the dirt instead of at an enemy. Additionally when you defeat an enemy instead of locking onto the next one as you would expect, the character just loses the lock entirely which is pretty unfortunate.

The graphics are a big step down as noted with the animation change earlier. The character designs just aren’t on point now and the whole thing looks pretty low quality. In general this game just feels like it’s a true tie-in as opposed to being a classic platformer that just happens to be based on the movie. There’s a world of difference between the two styles. At the same time it’s not enough for me to call this a bad game. It’s just inconvenient a lot of the time but not bad.

For example, this is the first game where you can play as Hermione and Ron as well. The issue is that doing all 3 characters can still only equip 2 spells and they all know around 4. Most of the spells are unique to each character as well so there’s a lot of switching and pausing going around which means double the interruptions from gameplay. There should be a much more intuitive way to switch out spells than by going through all of these steps. It just doesn’t feel quite right.

The game also adds a lot of new stealth levels to the mix. I think the developers were likely proud of how well it came out with how frequently they appear but it’s not a good match with the dicey gameplay. If the trolls or prefects see you then unlike the last game where you start from the beginning of the room, you’re actually booted out entirely so you have to enter again. Have I mentioned that whenever you enter a room there is a long loading sequence? Each room has to be loaded for some reason. The stealth levels could have been a little better if not for that but it definitely ended up hurting the experience.

In terms of length I would say this game is also around 6-7 hours long. I’m sure you could beat it quicker if you put your mind to it though. For replay value there are some cards to grab I suppose. I think if you get enough of them you may get some extra health but it’s not like it’ll be very useful to you by then since you’ll have already beaten the game. I’ll give this one kudos for actually coming up with a fishing minigame as well. It’s not very fun or anything like that but the more content the better. The team mechanics also could have been fun if they had been smoother. Perhaps upgrading the A.I. so the partners actually follow you without you having to call them at times. Sometimes you have to wait way too long for them to arrive. I got stuck/lost in the courtyard for a super long amount of time before the gang finally caught up to me.

Overall, The Prisoner of Azkaban is more interested in throwing you into long dungeons than actually following the story. The whole thing is really glossed over by the end. Even all of the Quidditch matches are played off screen. I miss being able to just jump on my broom and start giving opponents the work. In this game I’m not able to do so and it just feels like a missed opportunity. I think this game would fare a little better if I didn’t play it immediately after the other two which really highlights how it couldn’t match up. It just really paled in comparison to the last two. They had a lot of heart and great gameplay mechanics at their disposal. This one never really felt natural like that. We’ll see how the Goblet of Fire performs since its turn is quickly closing in.