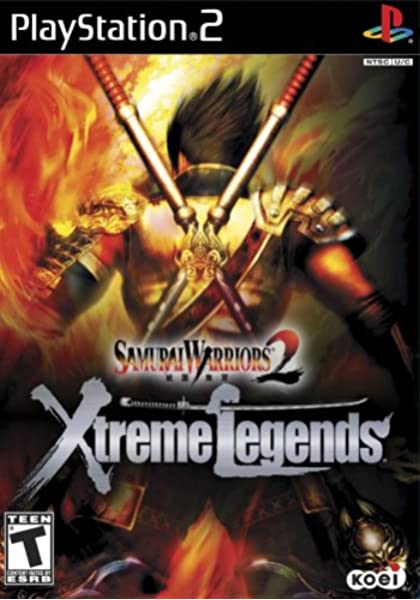 It’s been a very long time since I played the original Samurai Warriors. I had been focusing on Dynasty for a while but now that I’m caught up with that series it was definitely time to go and check out how this one was doing. Well, it’s definitely a game that has aged really well. You can feel the power behind your attacks and taking down hundreds of opponents all at once certainly never gets old. I definitely look forward to playing the next installment in this series soon.

As with most warrior games you can pick whose story you want to play through. There aren’t a whole lot of options initially but I believe you can unlock more characters as you play through. I played as Kojiro Sasaki. I always like to pick the fire type fighters in these and since Yukimura Sanada wasn’t an option yet I figured this could do the trick. That said, he’s certainly more of an antagonist than I would have figured. Effectively he just wants to destroy a bunch of people but he feels like it’s all a waste. He wants to find someone super powerful to destroy so he goes around on the battlefield until he finds such a person.

I did not warm up to this guy by the end. He’s definitely crazy but would make for a solid antagonist to someone else’s story. At the very least you can’t deny that the guy has some pretty serious skill here. It’s his story so his abilities probably get embellished a bit but he ends up taking everyone out.

The gameplay is fairly standard of course. You go around beating the life points out of all your opponents. You have your standard moves, power moves, and your super attack. I recommend keeping your super on hand for whenever an opponent general shows up because it works as an immediate combo breaker. Just activate it when the opponent lands any kind of hit on you and you’ll be set. The gameplay is very smooth and landing hits is fun. To add some depth here you can power up your weapon at the shop and even buy special abilities that amp up your stats or even control your level ups.

I recommend spending all of your money on this because it’s just a great way to keep your guy ready for action. Your weapon’s important too but the upgrade doesn’t seem to do a whole lot there. The only part of the gameplay where you can tell they haven’t fine tuned it yet is the speed. Your character walks incredibly slow throughout the levels. So it can take a while to get anywhere. I suppose this helps to prevent you from running straight to the goal though. It also adds a little strategy here because moving too far away from your camp is dangerous as a result. After all if your leader dies then you lose the mission instantly.

The game had 5 levels in the campaign I played and I believe it can go up to 7 in some cases as well. It’s fairly short if you’re just playing one character and you should have it beat in around 2 hours. If you do it with all of the characters though then this definitely ought to take a long while. You have no shortage of replay value in this game which is no surprise because that is often the case with any game in the Dynasty franchise. Considering that the games go for around 10-20 bucks now, it’s a good bargain.

The graphics look pretty good here. I always appreciate the fact that there are loads of cutscenes and cinematics everywhere. You’ve got the big budget ones which appear at the beginning and end as well as the mini ones that show up whenever an enemy officer appears. It helps to make these moments feel like a big deal. The attack animations are also on point. As for the soundtrack it’s a little more on the forgettable side but it’s not bad. I’d like to have had more of a signature theme show up at some point. That would have been neat but maybe in the sequel.

The game is reasonably challenging. In particular what makes it pretty tricky here is how long the levels are. If you’ve already polished off about 600 enemies then nothing will be more disheartening than losing at the last second right? There were a few levels where I just had to run for a while to look for health items. The nice sweet spot to be in is when your health is in the red since you can use unlimited super attacks as long as you run a bit. That’s also a good strategy but they take time and it gets pretty intense. You know that a hit could be the end for you. That’s a fun feeling when you come out on top. Fortunately I didn’t end up losing here but that could have been tricky.

Samurai Warriors 2 feels very basic in a lot of respects but it’s part of the charm. You have a pretty direct plot and a lot of good gameplay for each level. In some ways this plot felt a lot more direct than the more extended one in Dynasty Warriors 9. It’s less grand of course but Sasaki’s plot was just interesting and the whole rivalry aspect with Masashi was cool.

Overall, Samurai Warriors 2 is definitely a very good game. I’d call it a great one at that. If you have time then beating it with all of the characters would be a blast since the stories should all be fairly different. I’m far less familiar with the base story here compared to Dynasty as well so it all feels pretty fresh. It seems to take place way after most of the Sengoku Basara anime since the main kings are already gone. The new characters look fun though and I wonder if the rest of the games in this series will deal with the same era and plot like Dynasty or if we’ll be jumping around a little more here. I’m not sure when I’ll get the third game but it shouldn’t be too far in the future I would say.