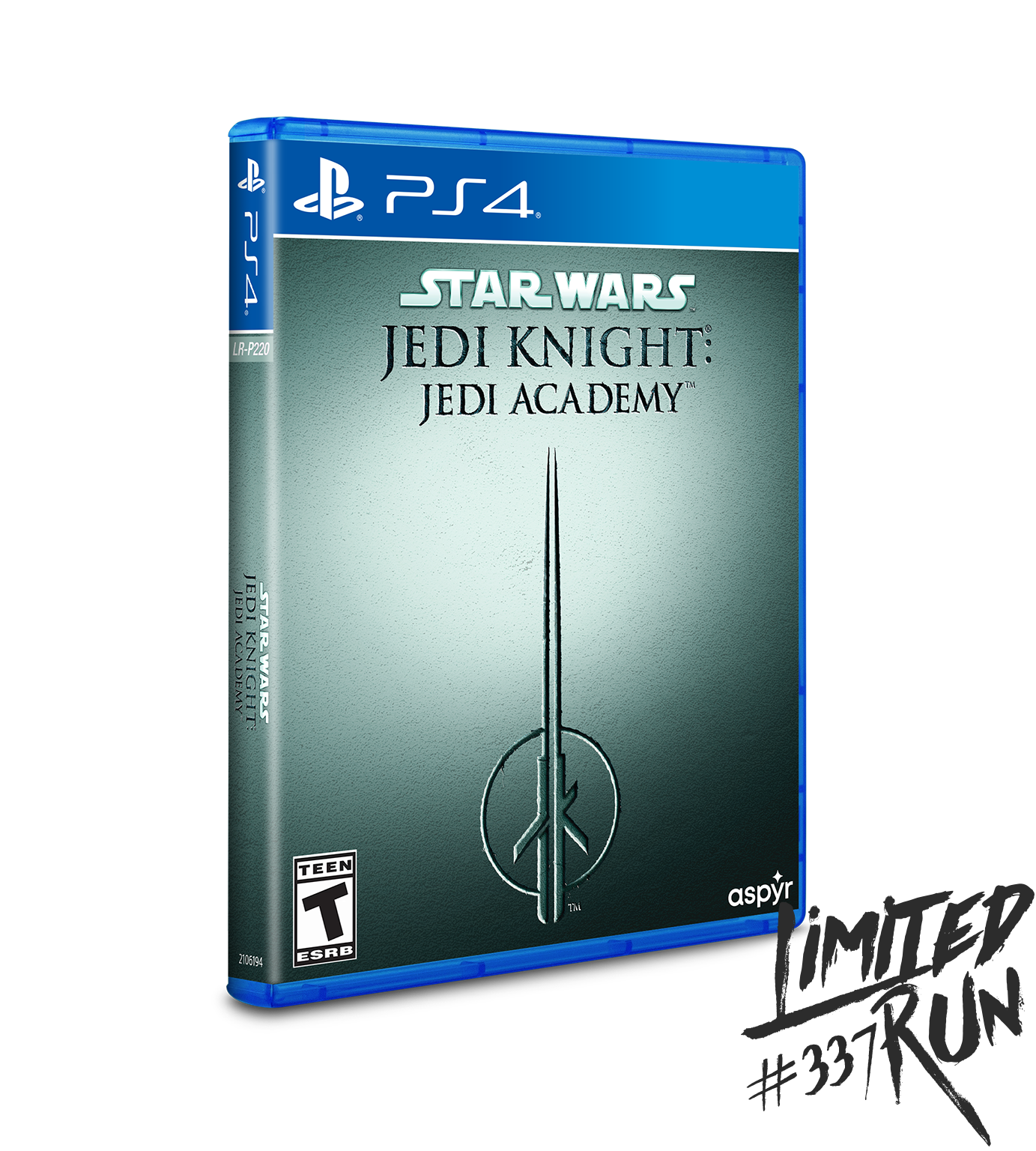 The first Jedi Knight game may not have been all that impressive but how about the sequel? Well, you’ll be glad to know that Jedi Academy is a big improvement. This game focuses more on the combat elements of the series so you don’t have to worry about puzzles and mysterious levels anymore. The game can still be challenging but in a straight forward combat sense instead of just tricking you the whole time with a lot of extra elements. It’s why Jedi Academy really ends up succeeding in a big way.

The game starts by introducing us to Jaden. He’s a promising new recruit who was even able to build his own lightsaber which is pretty much unheard of. He’s looking forward to learning a lot at the academy. Things are a little more tense than expected though as someone broke into Luke Skywalker’s computer records and we have reports of Dark Jedi attacking temples. The main goal will still be for Jaden to learn new skills of course but in the meantime he will also have to be on the lookout as well now. He really can’t afford to let his guard down or things could get ugly.

Right from the first cutscene you’ll probably be thinking that one of the other students is fishy though. There’s this one guy who tries to be your friend right away and is awfully pushy. He’s also very quick to talk bad behind the teacher’s back so he’s not someone that you want to get involved with. Additionally he even came close to accidentally murdering Jaden during the very first training mission. Needless to say, he never gets better.

Jaden is a good lead though. He’s pretty reasonable the whole time and a talented fighter. Of course how his character story ends up will really depend on the decision you make at the end of the game. After each level you are able to unlock and power up new skills. You can choose to focus purely on good abilities or grab some from the dark side. Personally I maxed out healing first and then went on to Force Lightning. There’s a good chance you’ll never use any of the other abilities so grab these first and then worry about the rest later. I recommend grabbing the Lightning because it’s incredibly handy for taking out any minion in a single blow.

The key branching off point though is near the end of the game. Effectively you have to choose between destroying or sparing someone. Based on what you answer will determine how the ending plays out. I ended up being on the dark side so the ending was crazy as you have to fight off waves of both Jedi and Sith. At one point both sides were even teaming up to stop Jaden which I thought was pretty crazy. I guess Jaden’s so powerful that everyone has to go after him. I imagine that the good path may have been a bit easier since there’s at least one boss fight you wouldn’t have to go through plus in all the levels the Jedi will be helping you but I’m sure it’ll still be a tough endeavor.

As mentioned, the game’s difficulty here is pretty fair. Most of the time you can just win any fight but it will take some time. You can also go the more reckless path which will be quicker but result in more deaths. If you die enough times then it will ultimately be longer. I enjoyed the gameplay a lot but even I would just jump past the Dark Jedi at times. Keep in mind that there’s no EXP system so there’s no real reason to fight them. You can pretty much always choose to just skip every minion in the room and keep on going. Just watch out for one of them trying the ole Force Choke from behind move though. That can be hard to dodge and deals quite a bit of damage.

The gameplay is pretty much unchanged from the first. You have an array of blasters and light sabers at the ready here as you attack enemies and try to get to the goal. The mission objectives will vary from defeating enemies to just securing some bombs and getting out of there. Your power up tree gives you a point after each level. Once you’ve completed 5 levels you have the option of entering the next chapter or completing a bonus level to power up your fighter more. Naturally doing the latter may make for an easier game experience but since you don’t need anything beyond healing or lightning it’s really optional I would say.

Your lightsaber has more customizations in this game as you can choose to have two light sabers at once, a double edged one, or stay with standard. I went with the double option as soon as it was possible and never looked back. Duel wielding is just too much fun to pass up. I also feel like it’s a lot more powerful in general although I assume they all have their pros and cons. You can even choose which attack strategy you want your moves to have, speed, power, or balanced. I went with full on power which is a departure from my usual pick of speed but it just felt right.

The graphics here are really solid. All of the action scenes are on point. The soundtrack is still more on the forgettable side but it was pretty hype to have Jaden get the Darth Vader theme. I was not expecting that. The story is really engaging as expected. I would have liked to have seen Luke step in a bit more but at least having Kyle from the first game return as a main character was appreciated since it helped to give him some real closure here.

Overall, Jedi Academy is a great game. It’s got a nice balance of action gameplay and story content. It’s a breeze from start to finish. The game feels relatively quick but at the same time I would say there is a satisfying amount of content here. The main campaign is probably around 7-8 hours I would say and then you can go back to quickly get the second ending. Additionally you can also try to get the Platinum Trophy here. That will take a little more time to be sure as some of these trophies can be tricky. I missed out on quite a few myself because I didn’t realize I should have let multiple bosses destroy me…….It’d be nice if we could get another game in this series at some point. There’s always a lot of potential playing as a Jedi.