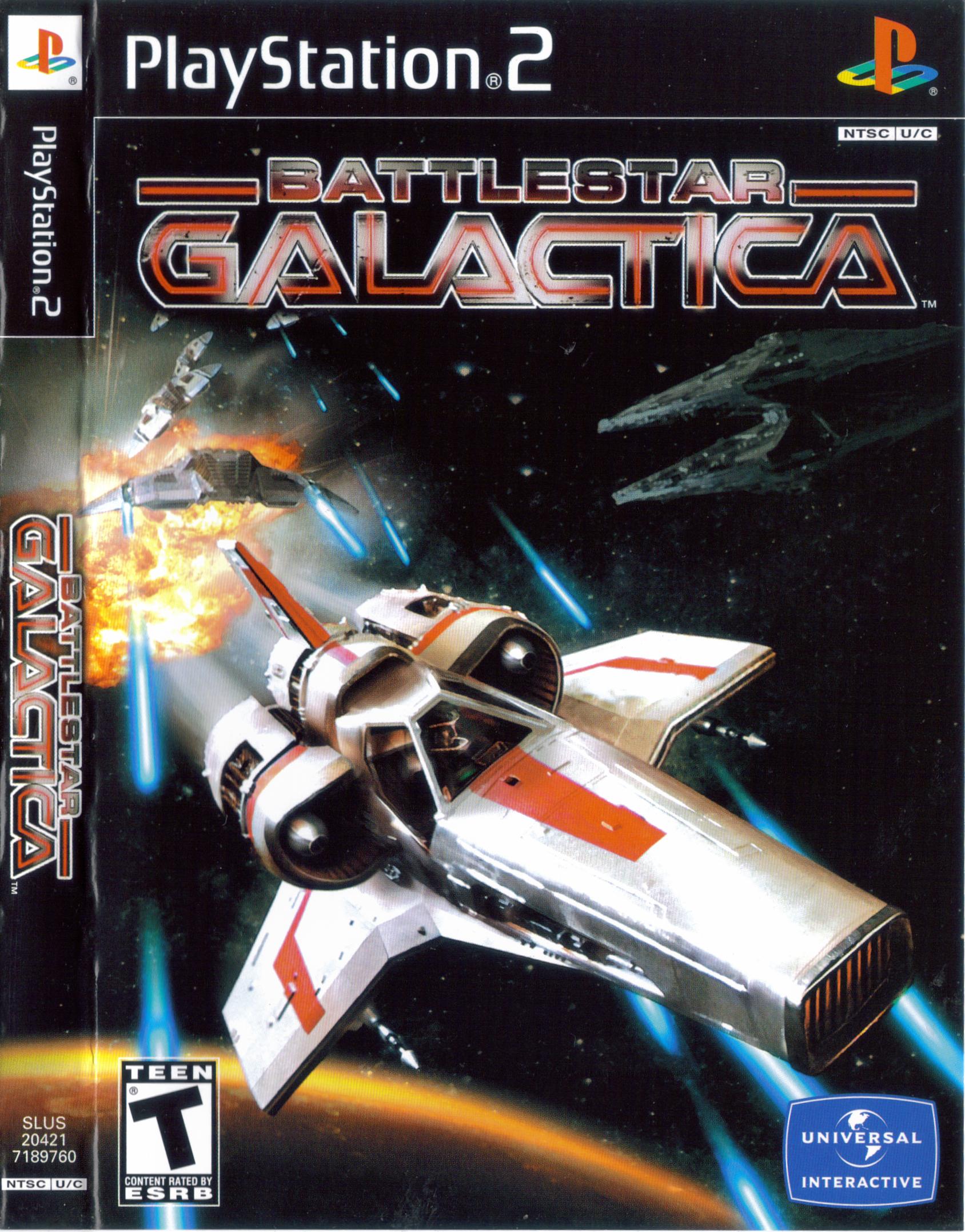 Battlestar Galactica is one of those games that should have been good by all accounts. It’s a Sci-Fi game like Star Fox with a direct plot involving aliens and a main character who’s already showing some sass in the first level. How could it fumble the ball this hard? Well, unfortunately the controls are pretty bad and the game design is even worse. You have to be prepared for an incredibly long level and if you die at any point during it there are no checkpoints. That’s exactly the kind of thing that you don’t want to do.

The game starts off with a bunch of alien robots showing up. They want to destroy the Galactica. Your mission is to stop them and prevent the Galactica from being destroyed. Simple enough right? Unfortunately not really and this was the last level I would see. I gave it a whirl for around 3-4 hours but it was just not enough to get through. You have to see the same cutscenes and dialogue each time too which can get old. The main character constantly saying that he’s not a cadet but the other characters mock him anyway gets old pretty quick. It’s a shame because the main guy had some potential here.

The core gameplay is that you’re in a 3D environment where you have to fly in and start taking names. You have your main weapon, your sub weapon, boosters, and a few other tricks up your sleeve. You can reallocate your stats to increase attack or speed. Additionally you have charge missiles and other weapons by holding down each button. I think this may have been part of the problem though. The game just got a little too ambitious with all of this. At the end of the day the main issue here is there are too many controls. You have so many different attacks and movement options that none of them are actually reliable.

Then you have the fact that the levels are massive so it feels like you are never making any progress. I’m telling you, I’ve gone through that exact same intro so many times in this game that it’s incredibly old at this point. It’s just the same dialogue options over and over and over again. You really need a checkpoint system in this game or in any game with long levels for that matter. The worst feeling is dumping a few hours into something without anything to show for it. While minor, I’d say at least adding a play time ticker somewhere in the game would do it wonders. Then I could at least put that down somewhere as a quick achievement. Without it, the game feels like an empty experience.

The graphics are really good at least. The game looks surprisingly solid for the PS2 era and you could make a case for this looking like a PS3 game. It’s got full voice acting and the soundtrack is on point as well. On a technical level this game can hold its own and that’s more than I can say for other games at this level. That’s part of why the whole situation is tragic since at least some of the departments working on this game seemed to try hard. Just not hard enough to really make this a good game.

So, how would I fix this? Well, aside from adding checkpoints I would remove some of the control options. We shouldn’t have 3 different ways to boost. Make R1 the boost option and otherwise you are accelerating by default. L1 will be to slow down. Square button will fire the homing rockets. No need to have it twice. I would make the lock-on system a whole lot more pronounced so you don’t have to be wondering where the enemies are. Remove the team strategy options or just make it something you control from the pause menu. Same for redistributing your skills in the level, that should be through the pause menu. Now with this we’re cooking with gas.

Next up, instead of making each level 20-30 minutes and only having 7 levels in the game, make it 21 shorter levels. Each level is the objective so the length is more akin to what an average Star Wars or Star Fox level is like. Bite sized levels like that are perfect for objective based games like this one. For that matter they make a lot more sense as well. With these changes I think you can instantly bump this game all the way up to a 7. It would feel like a completely different game in a good way.

Of course at the end of the day that’s all just wish fulfillment. The game exists and nothing’s really going to change that. Perhaps if the developers see this they can use it for context on their next game though. For some reason sci-fi games just tend to have a lot of issues I’ve noticed. Star Trek hasn’t exactly hit it out of the park and then you had that game about visiting planets a while back. Star Wars has had its hits but it’s also definitely had some titles that didn’t hit people the way you would have hoped they did. I don’t get what’s so hard to make about a space shooter. Just look at Star Fox Assault for a good idea of how to handle it. That game is quite old by now and yet to this day it is easily the best sci-fi shooter I’ve ever seen. It could handle both aerial combat as well as on the ground. It’s a true legend.

Overall, Battlestar Galactica is not a franchise that I’ve ever started and this game definitely wouldn’t help me to turn around on that. It’s just not a very well developed game with the level designs being too long and the controls are overly complex. The series in general always seemed like an alternate version of Star Trek so there’s a lot of potential there. We just need a modern game version to really adapt the series and give it more respect with the fundamentals. I think if you handle this right then you may definitely have something here. Until then though, stay far away from this game and buy Star Fox Assault instead. You’ll be glad you did.