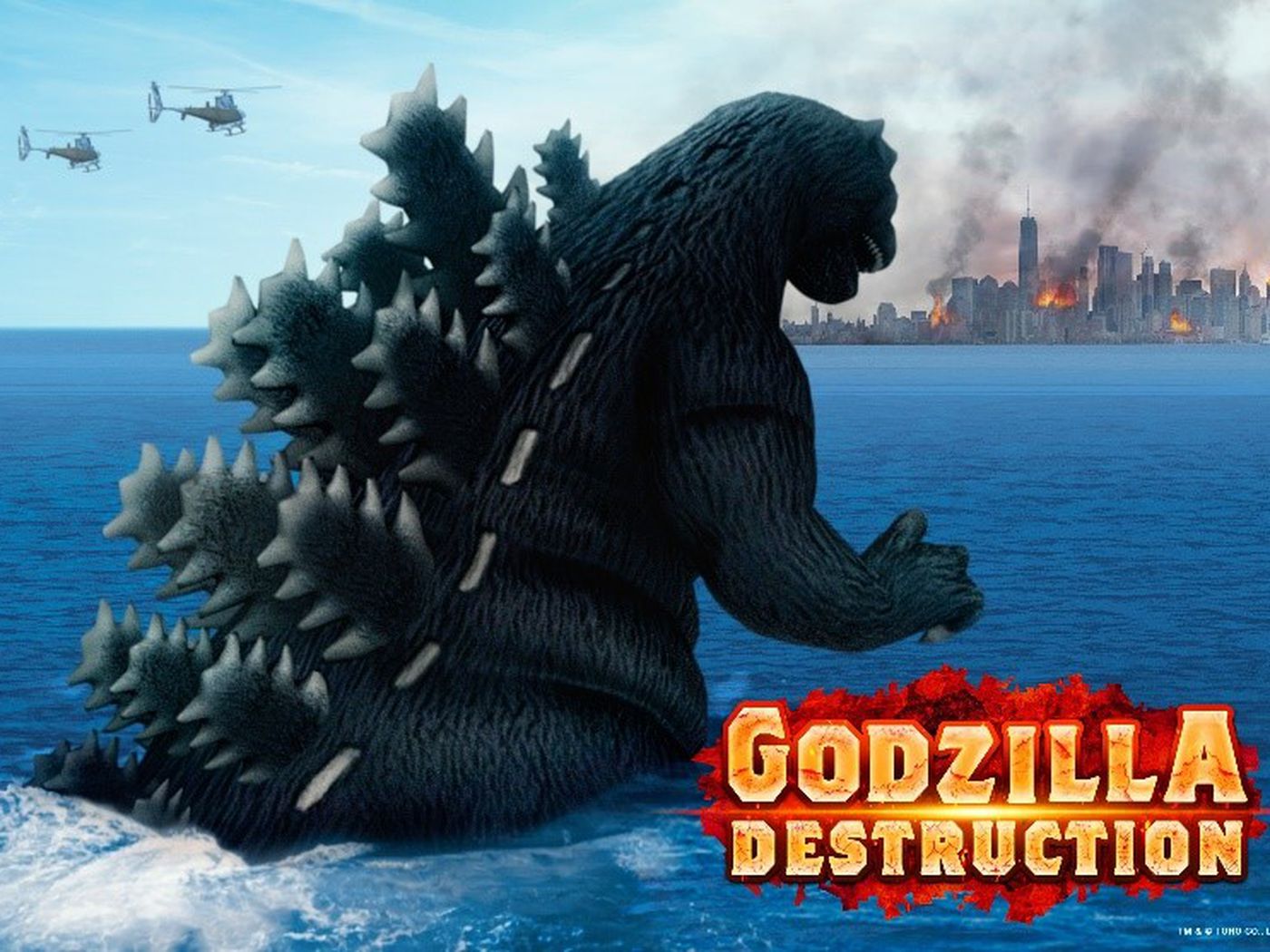 Clearly making these mobile games is tougher than I thought because this is another one that just wasn’t very good. If all 3 of the Godzilla games that were announced at the same time are by the same developers then it makes a lot of sense. This one seems to be using a lot of the same assets from Run Godzilla. While the gameplay is slightly better there are still a lot of really weird game design choices. Ultimately it just feels pointless to play a lot of the game.

The game has no story this time so you can forget about that part. You’re thrown in without much of a real introduction or anything. The gameplay is simple. You move Godzilla around with the touchscreen and if he is near an enemy he will attack automatically. Pretty handy right? That’s the extent of the game, there is literally no other gameplay. Each level has 15 mini levels in it which have around 5 waves each. I wouldn’t say the levels are incredibly long but they’re longer than you may think.

Any level ups and power you get in the levels are lost afterwards as it is all temporary. If you’re lucky you will get enough flames and G Profile Pics to help level up your Kaiju and try the whole thing again. Of course if you die during the experience you won’t get almost any rewards which is unfortunate. The game is set up so you should be playing for a very long time if you want to get anywhere. Of course you can pay the big bucks to get the content up front. That’s really your only other option.

For a video game just about anything can be forgiven if the gameplay is good. The problem is that it’s not very fun though. It’s just not all that satisfying to watch Godzilla attack all of the enemies for you. You’d like to be the one blasting away at them. Instead it’s almost like you’re the driver and the computer is the actual player. You can see how that would make for a rather hollow gaming experience right?

The levels all blend together really quickly so it gets rather dull. It’s not as automatic as the Run version but it’s still almost all done by the computer. You don’t feel like you’re really doing all that much. The game also just feels very limited in what you can do. This is literally the only game mode. Everything else is looking at items or your Kaiju and things of that nature. In 2021 I don’t think you can survive on a single game mode unless it’s a Story Mode or something like that.

Additionally the menu layouts don’t make much sense. Good luck equipping any of the gems you unlocked in the game. I could not figure out who to do this since every time you try to put one on it just falls right off. Perhaps that feature just isn’t set up in the game yet? It wouldn’t surprise me a great deal if this game is just severely incomplete. If anything it may even add up quite a bit.

The graphics are not good. It’s using the same character model as mentioned earlier which was already not that good. The level designs are uninspired. I suppose the enemy tanks look okay but there’s nothing too special about them either. The soundtrack is basically nonexistent as well.

What this game needed is really a complete overhaul. Throw in some real gameplay, a bunch of extra monsters, and even a quick story mode. Do those things and you could have a real winner on your hands. I don’t think there’s a big target audience for just walking around as your player does everything on his own. Where’s the excitement and the danger? I’m sure a game could pull this style off with enough development time and unique ideas but this was definitely not going to happen here. This mobile game seems like it was finished awfully quick.

In terms of content I suppose I should say that this can last for hours I guess. You can try completing all 4 worlds which each have several levels in them. Additionally you can keep on replaying the levels over and over again to farm materials and get level ups. That at least gives you a reason to go on back right? Keep this up and you should be in a good spot. Of course the replay value will depend on if you like the gameplay enough to do those things but if you do, the content is certainly here at least.

Overall, Godzilla Destruction is another disappointing mobile game. It’s a shame because most mobile games end up being quite amazing but this one was clearly not at that level. It does beat the first one so if the third in the trilogy can win then we might be in a good spot. Otherwise I’m afraid they will forever be known as a very weak trilogy of games. Better luck next time and all that.