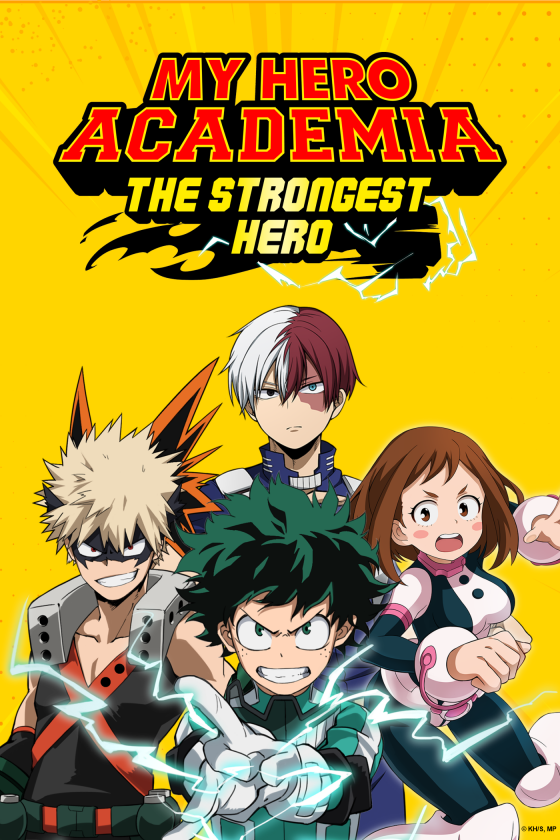 The next mobile game I gave a whirl was the My Hero Academia title. This one was getting a good amount of promotion and it’s clear that there was a good budget behind it. As MHA is really big right now they wouldn’t want to weaken the brand with a total cash-in. The title definitely delivers on that front although at the same time it’s so high budget that it has the same weakness as the Sword Art Online title in that it’s a lot harder to just pick up and play.

The game starts you off with a nice introduction movie complete with cinematics and voice acting. You learn about who Deku and All Might is before being thrown further into the story. You’re working with pro heroes on taking down crooks so I want to say at minimum this takes place midway through season 2. Deku seems to have a good handle on his Full Cowl already after all and while the gameplay uses his shoot style, that may be more of a mechanic than confirming that this is in season 3.

The story is separated into chapters which are separated into acts. Each act has a few missions which range from finding civilians to taking down villains. You can also navigate through the city to locate radio towers and collectibles which increases your view of the city. I have no doubt that the objectives in each level will continue to expand as you play through the game.

For the combat this is a 3D action title. You use the buttons on the touchscreen to attack, use super moves, and dodge. By mixing light and heavy attacks you can also perform various combos to take the enemy down more quickly. The gameplay is pretty versatile with each hats yet having many moves and they are all upgradable.

The hub world is also quite large. You aren’t really allowed to explore until you cover the first 2 chapters but after that you can have some fun looking around. The graphics are really solid and would not be out of place on the home consoles. Once again I wonder why mobile games are not automatically ported to console at this point, perhaps there is some kind of licensing angle that would make it slightly more expensive than being a mobile exclusive. Since being a mobile title can be super profitable anyway, I could see that as a reason on why you would not port it.

The soundtrack has a lot of the classic tunes from the show so you’re in good hands there. It goes without saying that there is a tremendous amount of content here. Just completing the current story chapters available will take you several hours. After that you also have all of the bonus missions to go through and then you can work on leveling up your characters as you wait for the updates. Usually this kind of game will update fairly quick with new levels and event missions so I don’t think you will have anything to worry about on that front. Each special event gives you the chance to farm materials and gems. Right now I’m not too familiar with each of the gem mechanics but one important rule for all gatcha games is that you want to save your gems for a long while. Never spend your gems early on because you need time to understand their true value and the game itself. Only then should you start spending them. The replay value here is quite extensive.

As mentioned, the game’s only weakness is in how expansive it is. One of the strengths of mobile games is being able to just turn it on real quick and knock out some levels. Perhaps while you are on the train or playing a bit before bed. This one needs a solid WiFi signal at all times so the train is out of the question. It also isn’t easy to just play for a few minutes because the loading times are quite long to boot up the game as it goes through the companies and loads the environments. It’s something you don’t really care about if you’re about to play the game for hours but if you’re looking to play for 20-30 minutes then suddenly that seems a little less worth it.

The Strongest Hero is definitely a game meant to be played like a console title. To make the most of it you really need to have some time and then crack down on it. It will be a very rewarding experience but at times you will feel like this should have gone on the PS4. I haven’t rolled too many characters yet so I can’t speak to how good the gotcha system is. At first they always appear to be pretty good and this one’s no different. Of course it’s easy to roll a new character when I only had one previously. I got Kaminari on my first spin which is cool, his gameplay is definitely fun to have. Naturally I was hoping for Bakugo but I suppose you can’t get there best character on your first spin. Right now characters are still being added to the game but we already have most of the important Class 1A characters waiting in the lottery zone.

Overall, My Hero Academia The Strongest Hero is definitely a mobile game I would recommend. It may need some more time than the others on the market but at the same time that speaks to the level of effort that went into this game. As I mentioned many times, it really could pass for a console experience. I definitely couldn’t complain if all mobile games were at this level. I’ve had a rather rocky string of mobile games up til this one so I was glad that it broke the streak.