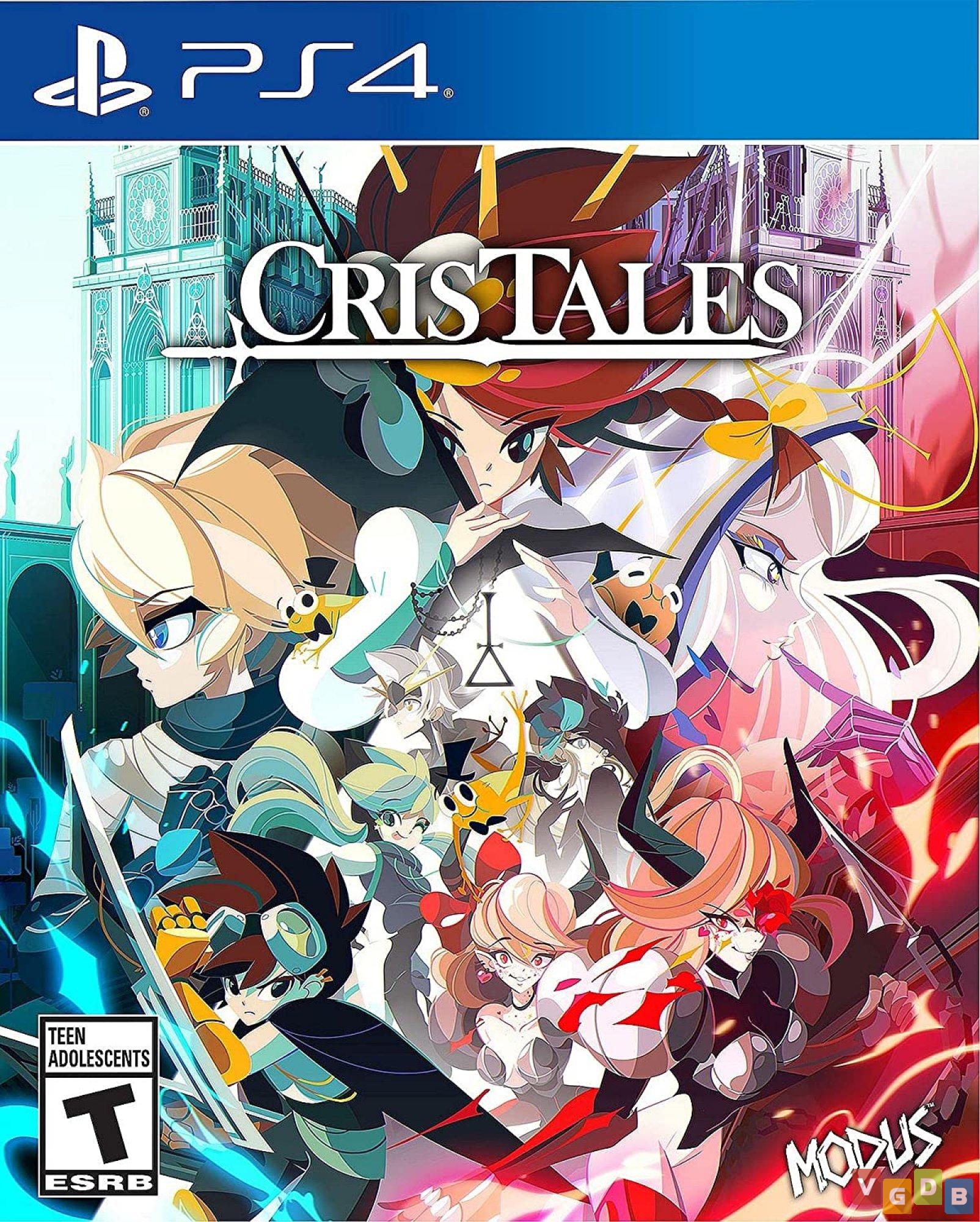 Cris Tales is an RPG I wasn’t super familiar with but happened to see the cover while I was at Gamestop. It looked cool and that was when I knew that I definitely needed to check this one out. It involves time travel which is always a win so I would definitely recommend this title. It’s a great game that has a pretty interesting plot and full voice acting which is always important.

The game starts by introducing us to Crisbell. She is a time mage who isn’t very powerful yet but serves the Mother Superior (Effectively the head priest of the church) and performs normal errands. One day a bunch of enemies storm the village and Cris only barely makes it out alive thanks to the help of a guy named Christopher. He’s a hero in training who wants to defeat the powerful spellcasters who are threatening the world. Another time mage named Willhelm shows up as well as a talking frog. Can these unsuspecting heroes actually band together to save the world or are they doomed?

The gameplay is a turn based combat style but with speed playing a big role similar to titles like Megaman X Command Mission. When it’s your turn you can attack or do another action and there are also techniques that will allow you to take extra turns. These are definitely very handy so I recommend using them whenever possible. This is probably the first game where I had a dedicated character just for status effects since usually I just power through everything. In this case powering through everything is rarely a viable strategy and will likely just end with you getting stomped.

There’s a good amount of depth to the gameplay too so get ready for a lot of strategy. Your equipment is definitely a big deal here and you can go for pure attack, defense, special abilities, or something else. Preventing the burn status is what I would lean towards since that effect deals a ton of damage in this game. It seems like it always deals a percentage of your health as opposed to a static number which is what really makes this one so dangerous. So if you get burned that’s pretty much it since you don’t want to waste a turn to heal yourself.

One of the main gimmicks in the game is time travel but surprisingly you will want to rarely use that ability. More often than not it won’t actually help you in a fight and just serves to waste a turn. For Cris just focus on healing your teammates or speeding them up. That should really be the only two things you’re using those turns for and that will go a long way towards helping you win levels. As soon as Zas joins the group then this is the perfect combo. Speed her up and Zas can crush almost any opponent with ease. Her normal attacks do massive amounts of damage and since this isn’t magic, nobody (aside from 1 boss) can block it.

For most of the game I ran a 3 man team of Cris, Christopher, and Willhelm. Once Zas came in though then my end game team was Cris, Zas, and Jkr721. You can really pick any variation of the group for your team though as they all have their own strengths. I’m absolutely a power type fighter though so I like going for the combos and just putting an end to these opponents as soon as possible. What better way than to overload them with full frontal attacks right?

The graphics are pretty solid. The art style’s fairly unique, it goes for a hand drawn look but also with an older fairy tail kind of vibe to it. There are even fully animated cutscenes at different points which is a lot of fun. It really makes this feel like more of a cinematic journey or a movie of sorts. With the voice acting throughout that just seals the deal. The length is also fairly good so this is an RPG that will last you around 20 hours or so as expected. The difficulty is manageable but you will probably need to train at a few different spots or you may find yourself falling to the bosses.

Where the game really shines is with the story. It involves time travel which is an automatic win but even beyond that I would say there is just a whole lot of depth to it. There are twists galore and you learn a whole lot about each character. The final act effectively introduces a whole villain group as well. I say “introduce” rather loosely but can’t go into much more detail than that. Needless to say, the game will keep you on the edge of your seat. It had a relatively slow beginning so I was glad to see it turn up. By the end it’s almost like a whole different game.

Cris also gets a lot of development. At the start of the game she isn’t very self confident and doesn’t know a lot about the world. By the end she is a very capable leader who makes the most of her team. The game also has two endings so you get to choose what you want to do at the end. It’s at the very end so not much about the game changes but I’m always up for giving you a choice like that. The ending is fairly resolute but I would be down with a sequel. Once time travel is involved you never really have to say goodbye to the idea of more games in the series.

Overall, Cris Tales is definitely a great game. One thing that’s always been a big positive for RPG titles is that you get to really enjoy the journey with the characters since you are with them for so long. This one is no exception and you’ll know the characters like the back of your hand by the end. For replay value you can also try to get all of the trophies as well. It seems like a very achievable Platinum as well so that’s something to think about. Whether you’re here for the story or for the gameplay you should have a good amount of fun.