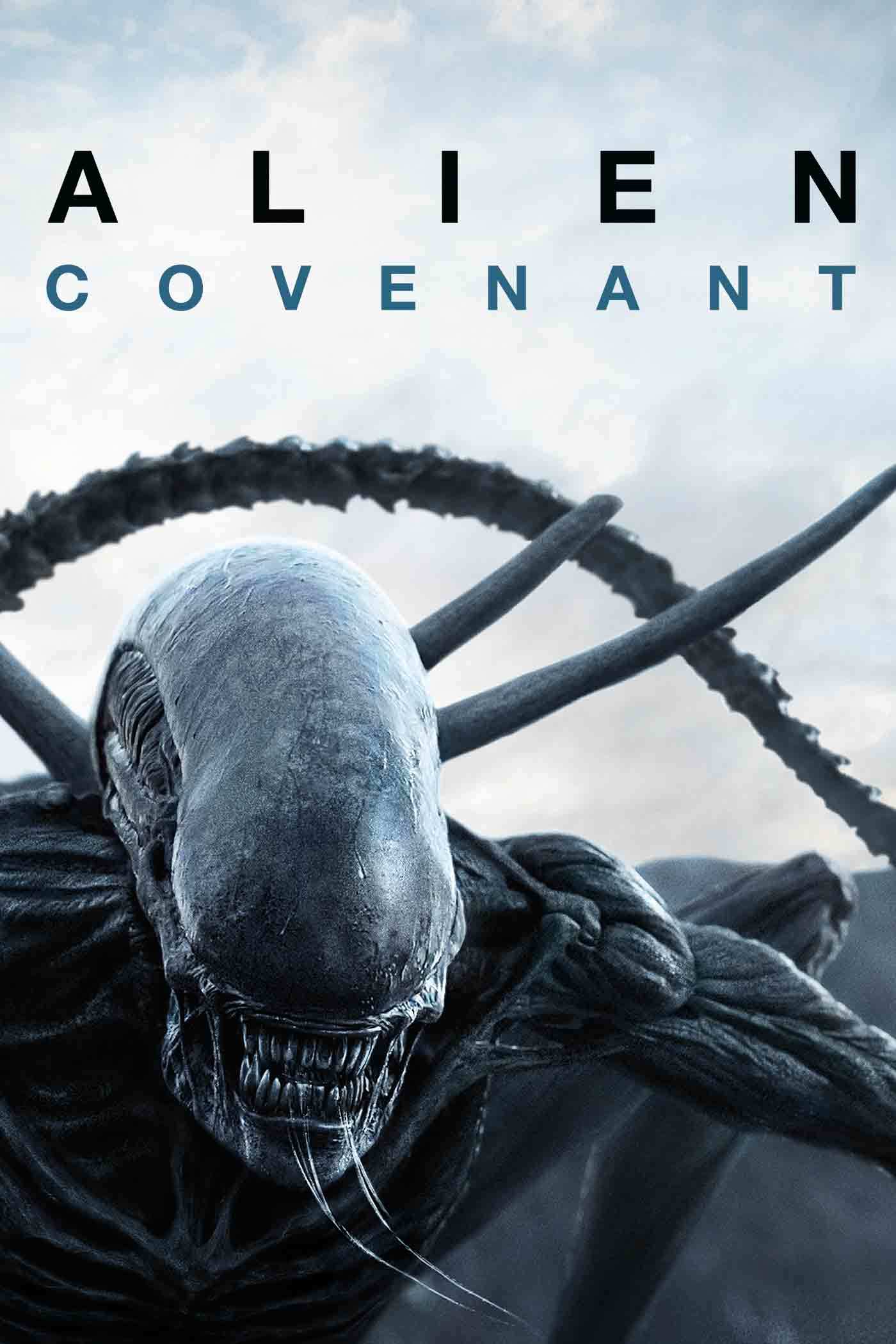 It’s time to take a look at the final Alien film on the block. It’s the film to end the franchise so this should be pretty intense right? Well, it definitely brings back the Xenomorphs which is cool and it continues on with a lot of the story elements from Prometheus. That said, some questionable decisions near the end shoot the momentum that the film had going for it.

The movie starts with a quick flashback scene where David effectively threatens his creator by talking about his eternal life and all that. The creator looks shook but still manages to keep his cool. In the present, the android Walter is overseeing a new ship known as the Covenant which is on a mission to land on a planet where humans can colonize again. Unfortunately a solar flare knocks the ship for a loop so Walter is forces to wake up members of the crew.

Naturally they aren’t too happy about this and take shots at Walter…of course. The captain burned up in his pod so now we have to have a replacement leader known as Christopher who is determined to get off on the wrong foot with everyone. Not only does he forbid a funeral for the very well liked captain but he is on a major power trip right off the bat. Yeah this is definitely not the kind of guy that you want in your corner. A human signal is received from a nearby planet that hints there may be life there. Christopher decides to land here instead of the safe planet that was previously scouted out and while there is some opposition, he makes a command decision.

A scouting party lands on this planet but shortly afterwards their craft is destroyed so they’re stranded here. The main ship won’t be able to dock for a few days due to the storm so now the heroes have to try and survive on this planet for a while. It’s filled with alien creatures though and the mysterious David has returned from the first film. Is he friend or foe? Can they really trust him? The heroes will have to think about this carefully because otherwise they’re going to be in a tough spot if they guess wrong.

This is definitely one sequel that’s doing its best to be bigger than the last one. Sequels have a rep of trying to outdo the last ones after all and this lives up to it. That does mean that the violence is at an all time high though. I would consider this to be the most violent Alien film although it’s probably close. As always the characters are completely slaughtered here once the aliens show up. They just don’t stand a chance and the thing is, you know this. There’s no way out for the humans to fight back especially without proper gear.

The chestbursters are back of course, definitely still the most vicious of the creatures. One character in particular acts like a bit of a sucker with how he approaches one though. Why put your face so close? I don’t care what the other characters say I wouldn’t be going near that thing. So if you want to avoid the ultra violence you’d want to skip this one right off the bar.

Then there is also David who was my favorite character in Prometheus but my least favorite one here. The film’s going for a very philosophical angle with his character but one that doesn’t work. He was a crafty villain in the first film to be sure but in this one he discusses the difference between androids and humans and tries to be all high concept. What it boils down to though is him trying to be as immoral as possible as that’s what it takes to be one of the creators. The scene with him and Walter, then him and Katherine are both pretty awful. This guy suddenly turns into a Sword Art Online villain and while the guy may lack emotions on the surface, I would say he’s developed them by this point with how he gets upset.

They just changed him from being a cool villain who enacts his plans in secret to one that is a lot bolder but more in a demented way. I wasn’t a fan of how that played out. He still is in the best scene of the film though when Walter shows up for round 2 and they have a fight. I didn’t expect there would be a fight between androids in an Alien film but that worked out quite nicely. It was a good battle that really went back and forth.

David does also add a lot of suspense into the film. As the only survivor on the planet you’ll be wondering what happened to Elizabeth and also how he has survived for so long. You’ll likely start figuring out the answers to that pretty quickly. There is an interesting flashback with the Engineers as well which was intense. In a way the humans from Prometheus may have been right about them creating humanity although to this day I still find their assumptions to have been rather large ones. They could have just been a random species that visited Earth a bunch of times right? Either way their planetary defenses need a lot of work.

The humans aren’t always great at being prepared for things either though. In Prometheus at least they waited to take off their suits and masks until they did a readout of the air. In this film they take off the suits almost immediately and surprise…one of them gets contaminated by a nearby plant that gets into his system. I mean that should be basic protocol for visiting a new planet right? Who knows what kinds of flus, bugs, and such this place would have. It felt a little lazy on their part. You’d expect better from the last hope of humanity.

As mentioned earlier, Walter makes for a fun character. This time we have an android who doesn’t have as much emotions and such so he is a bit more trustworthy. Like in the first film I feel like the characters are a bit antagonistic to him for no reason but it’s not quite as drastic. Walter shrugs off the blows and keeps going though. He does well against the alien in one skirmish although I feel like he should have taken more of an active role in the battles and that would have helped the team out a lot.

Meanwhile you have the new lead Katherine who is a solid character. She thinks this is a bad idea from the start and it’s hard to blame her since this planet has a huge storm going on and seems ultra suspicious. Once they’re on the island it’s not like there is a whole lot that she can do so she gets credit for doing her best.

Then you have Christopher who is just impossible to like here. He does a really poor job of giving out orders as the captain. He puts people in unnecessary danger and splitting up the crew so soon wasn’t a good idea. I was a much bigger fan of Tennessee who always put doing the right thing ahead of the rules. He would have made for a much better captain. Even once he loses his primary reason for dashing to the planet, he doesn’t hesitate to hurry as much as he can. This was a guy who was in control of his emotions.

A lot of the other characters were really below average though. First you have the two characters who figure it’s the best time to quickly have a shower affair even though they’re on an alien planet. Seems like just a really quick way to throw in some fanservice and both characters had huge red flags the whole time. Then you have the member of staff who locks in one of the girls with the creature. By the time she opens the door it’s naturally too late. Not only did this character choke under pressure but she made sure that someone else died as well which makes this mistake even worse.

I was just not a big fan of the characters here. That may be intentional to a point so you don’t feel bad when the aliens wreck them all but even in a horror film I think you should try to have a good main cast. The main positive here would be that it’s nostalgic to see the Xenomorphs. They look as fierce as ever and maybe even a bit stronger than they used to be. The sheer strength one of them had even as a baby was really impressive.

Then the film does have a really effective ending. You feel bad for any survivors because things are probably not going to go very well for them. In these films it’s often best to die quickly and painlessly early on because the more you survive the worse things get. Horror films should always have some kind of twist and this one was handled really well.

Overall, Alien: Covenant is probably the most intense installment in the series which is really saying something at this point. It makes for an interesting survival mission at times but the first half really destroys the second. Initially landing on the planet and trying to survive is always compelling. The second half devolves more into everyone just getting ripped apart or being played for fools. If you can get past the violence and are a big Alien fan then you’ll enjoy this one but otherwise it’s time to abandon ship!