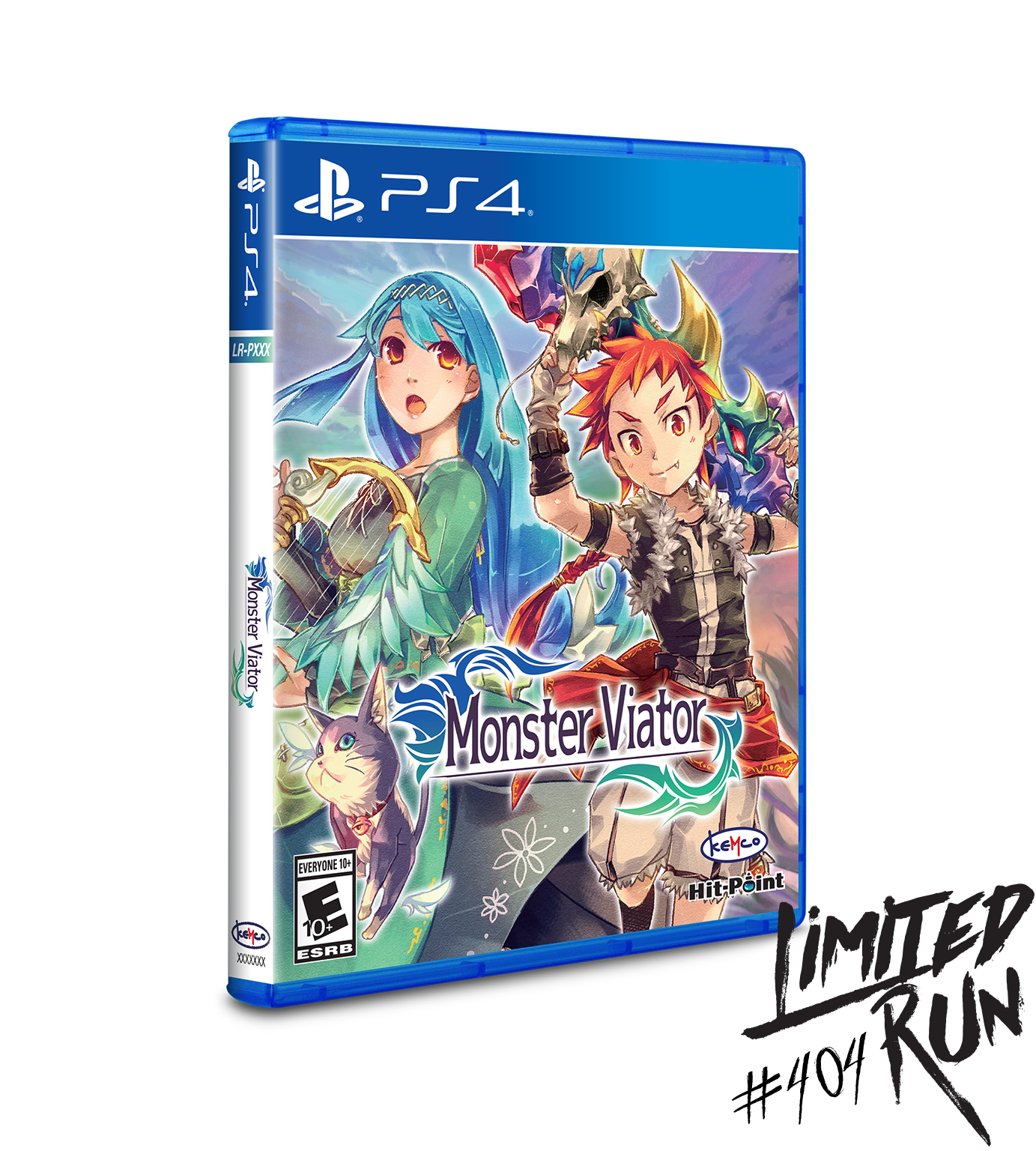 Time for the next Kemco game. This one may not be in the Asdivine series but otherwise it looks like it could be in that franchise. As always Kemco delivers with a quality game here but the gameplay is a noticeable step down from the other titles. Mix that in with the game not really having a big villain this time around and it isn’t quite ready to be challenging the other titles. Still, you’ll have a fun time playing through this one.

You start off as a kid who has complete amnesia. He has no idea how he got here or even what the world is all about. Fortunately he ends up near a fairly nice village. In this world, some people can talk to monsters and if they have a strong enough bond, the monster will be your pal for life. Most don’t have a whole lot of skill in this arena though so it’s considered a really rare skill. Well, Terry (That’s what I called the kid) seems to be a natural and can talk to any monster with ease. Is it possible that he was the world’s greatest monster trainer back in the day? It’s hard to say but he will need to gather his skills to stop a rather spoiled prince from causing trouble for everyone.

The prince will end up being the main antagonist by the end but for most of the game you’re really just travelling a lot and meeting new monsters. You help people at every place you go to and uncover some memories little by little. By the end of the game you get the full picture of what happened here. You’ll understand why he is always getting a lot of de ja vu and it works well as a final twist. The ending of the game also delivers with a classic final boss that’s super over the top. In an RPG the final boss always has to be some kind of deity with immense power after all and that’s an aspect I’m glad that the genre has continued to use.

The cast here is fairly small. There’s not much to say about Terry since he doesn’t really talk. He’s a lot more expressive than most of the prior main characters though as this guy will jump in the air, grin, do a spin move, etc. He’s having a lot of fun on the journey which is a good thing. After all, you have to enjoy the journey or else what fun will the resolution be right? It would all be futile if the whole thing wasn’t fun.

The main heroine here is Aira and she’s fun enough. She doesn’t have as much skill as Terry yet but she is training hard. Her flute allows her to still train her own monsters up and she is very determined to get Terry into fighting shape which is good. He at least has one ally who won’t rest until he gets all of his memories back. Then you have the villain Biscute who is more of a petty villain. He really just likes to show off and wants to own the most powerful monsters out there.

You have to give him credit for being skilled though. He actually did capture quite a few powerful monsters with no real tricks or sneaky tactics. It was just pure skill and you feel kind of bad for him by the end of the game. Things didn’t quite go as expected that’s for sure. So the story may not have been mind blowing, but it was entertaining enough to get you through the adventure.

The gameplay is a turn based style where you take turns slamming away at each other’s health points. You win by getting the enemy down to 0. You can use physical attacks, magical attacks, or skills. There are some unity moves too but I never got the hang of it. The gameplay itself is good even if it is a bit long. There’s no way to speed up gameplay or turn off encounters here. In fact, a lot of the big quality of life features I praise Kemco’s games for have been removed in this one.

I have to assume it’s because they brought another company in they decided to use that as an opportunity to test new things. It’s not as natural though and makes the gameplay more like any other RPG rather than really standing out like the other ones did. This one is more interchangeable with a classic RPG because there are no extra features. The biggest flaw here though would have to be that there is an extensive amount of grinding needed to beat the game. This is one of those games where it isn’t properly balanced so you go from a group of enemies being a little strong to suddenly being ultra powerful. Well over half of my gameplay experience was pure grinding.

The actual story was very short, likely under 10 hours. It’s the grinding that really stretches this out as you have to spend hours beating up on the minions to be strong enough to take these guys on. That’s really my only issue with the game. It just felt really excessive and then it also feels a bit sneaky when you realize that they sold a DLC pack where you could get triple damage and triple EXP permanently for the rest of the game. Seems like they intentionally made the end of the game difficult so you could buy the pack eh? I mean, it doesn’t even sound conspiratorial because that makes a lot of sense. Why else would you be selling a pack specifically for the two things that would help reduce the grind and allow you to beat the game?

There’s also a trophy for dealing 100,000 damage in a single blow which is incredibly hard without the DLC pack. It’s like a variation of the pay to win tactic and usually Kemco doesn’t go with that. Their other games have had DLC packs as well but you never felt like you absolutely had to get it. If you don’t have a lot of time, this would be one game where it is very tempting to just hunker down and pay the fee. I’ve got time though and knocked it out, but it felt extremely excessive.

The graphics are solid as always though. The game has a very colorful feel to it that works really well. The monster designs are on point and I liked the level layouts. Once you are able to fly, navigating the world isn’t too bad either. The enemies don’t spawn a crazy amount either which is good. So the terrain and gameplay outside of battle are good too. The game is also good with directions for the most part. Through beating the game I was able to beat pretty much all of the EXP monsters around the globe and felt like I almost 100% beat most of the game. The Platinum looks like it would still be really difficult but at least most of the trophies are straight forward. There is naturally a lot of replay value to be found here as well so you definitely don’t have to worry about that.

Overall, I thought Monster Viator definitely could have improved in some aspects. It really should have kept in the gameplay features that made Asdivine so much fun like being able to fast forward or even skip fights against enemies that were super weak. The story also won’t grip you quite as much even if this one’s going for more of an emotional feel. That said, this game may live in Asdivine’s shadow but if you look past that and consider this game as a stand alone experience, then you will definitely be pleased. It’s still a fundamentally strong RPG.