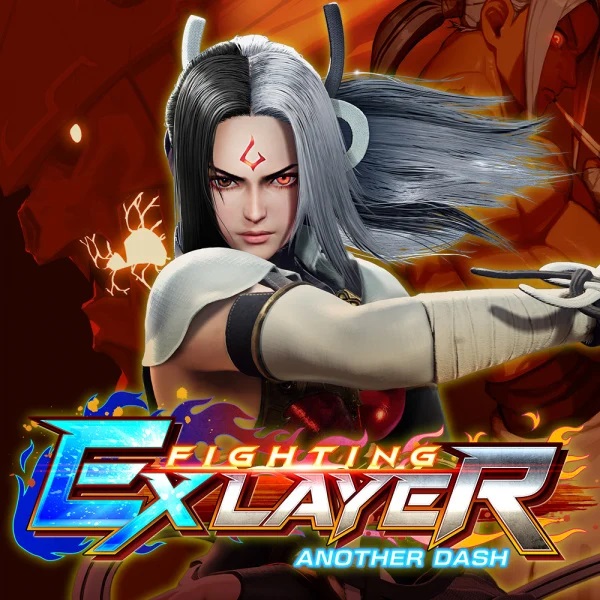 Whenever there is a free fighting game to check out, it’s definitely worth a play. Fighting Ex Layer is much like Street Fighter X Tekken in that you can see the full game content right out of the gate in the menus but you just can’t interact with them unless you pay the full price. I went into this one with the freemium version of course so I stuck to my selection. The game’s modes aren’t too extensive anyhow.

The modes here are vs mode (Online and Offline), Arcade mode, and Training. There isn’t a story mode here and Arcade only has one block of text as a character ending of sorts. So this is really a game that is focused purely on the combat. For most that will probably be enough for them to spend money on the full version so they can play the online vs mode. Battling against people online really throws in the replay value after all. If you stay strong on that though then your best bet is playing through the Arcade mode.

You get 4 fighters to play with and each one has their own special techniques and attack options. Mastering each character is your best way to win. I was able to complete the Arcade mode on normal and easy and they were reasonably tough so I imagine going on hard mode would really be a tough ordeal. Definitely not something to do unless you’re really confident in your own abilities. You have to have absolute confidence in yourself or it’s all over. I recommend going for the leg sweep, they seem to have a hard time blocking that move.

Mix in a few aerials and just keep swinging buttons. I can’t say I had an easy time finding out which attack combo’s into another so just find a 2 hit combo and you’re set. You can at least launch a flying kick and then go for a sweep which should work for any character. Pull that off and then you’re in a really good spot. You can also use an unblockable attack by pressing the A and X buttons at the same time. It’s super slow but gets the job done in a pinch.

Another benefit to jumping a lot is that if the opponent counters you will be just out of range. A final tip I should mention is grabbing is really good here. Just throw the opponent all over the field and you won’t have a problem. It’s a great way to keep the momentum at all times. It also deals quite a bit of damage so the game reminded me of Street Fighter V in that sense. Man I used to throw all the time there and it would just work. That’s how good the throws were.

The graphics are definitely really solid here. The game looks new and has a fairly sci-fi kind of feel to it. You feel like it’s a modern title and I would like to see the characters show up in a game with a story mode someday. Now that would absolutely have a ton of potential behind it. The soundtrack is more on the forgettable side. No real bad tunes or anything but none that you’ll remember once you finish the game. It could really use one rock solid rock theme if you ask me.

In general the game is just lacking in content kind of like Super Mario Run’s free version. It would be good to have added some more things to do here or maybe we could get a story mode at some point. The best thing to do if you ask me would have been to have added some text before each opponent so the arcade mode feels like a story. I think that would have hit the best balance by far and it’s a relatively low impact way to enhance the game as a whole. I’m surprised more titles don’t quickly slap a little story together like that. Would be a perfect way to pull it off.

At the end of the day the game is still good because the gameplay is solid though. It may not be the fastest paced fighting title but the moves make sense and you always feel like you have a chance. It’s got a higher bar to really learn the controls than a lot of the other fighting games so you can’t expect to just pick it up and start landing combos. This is one of those games where actually learning the moves will be absolutely mandatory.

Overall, Fighting Ex Layer is a game that I’d recommend giving a download. After all, it’s free so there’s no reason not to. Way I see it, downloading a free game is always worth the effort. Even if it doesn’t light your world on fire, you’ll have still gotten to play a nice game and it won’t have cost you anything. I don’t think you’ll be playing this game for very long as there isn’t much to do on your own but you can enjoy the nice gameplay and characters. Slap on some more content for this without having to purchase it and you’ll definitely have a winner here. It just has to be done soon before people have forgotten about the game. Honestly the marketing wasn’t that intense so you very easily could have missed hearing about it even from the start.