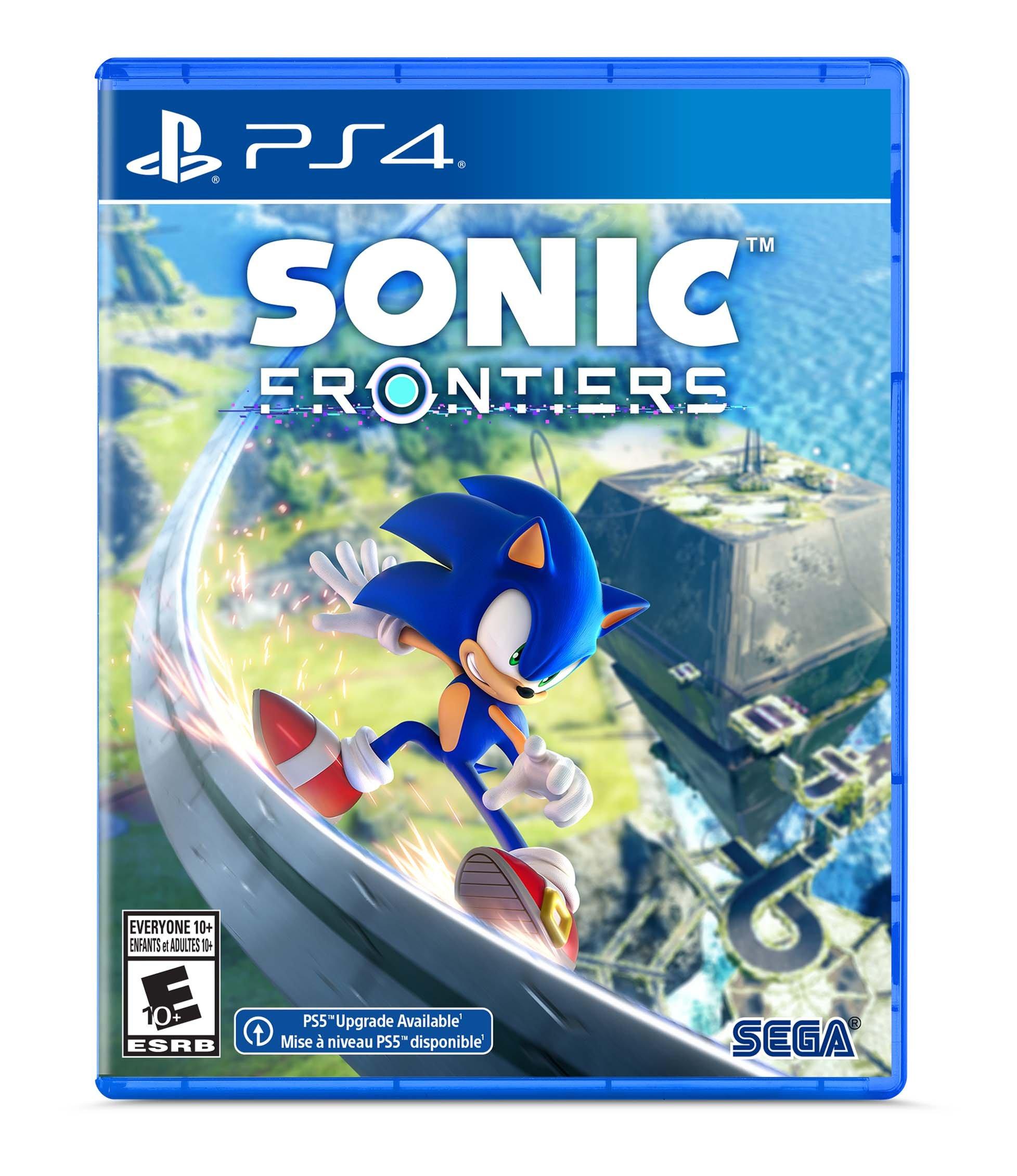 It’s been a long while since I went on an all day gaming binge but it was time to do so for Sonic Frontiers and ended up beating over half the game in one shot. It lives up to the hype of being one of the longer games as it took a little under 17 hours to clear. The hierarchy of the Sonic games have changed as this one actually surpasses the world renown Sonic Forces and takes its spot as the 4th best Sonic game of all time. Only Adventure 2, 06, and Shadow the Hedgehog are ahead of Frontiers. This game is really quite excellent and Sega did good in taking their time with this one to make sure that it would be perfect.

The game starts with Sonic’s plane crashing and when he comes to, Tails and Amy are both gone. Sonic is alone on a mysterious island except for a mysterious little girl named Sage. Sonic hears a voice cryptically tell him that to save his friends he will have to destroy a bunch of giant titans and tear down some towers to remove the dimensions between worlds. Only once that has been done will they be okay. Sonic’s a bit skeptical but there aren’t any other leads so he gets to work on this. The game’s main formula here is you will obtain enough keys and memory pieces to talk to your friend for the world and then obtain all 7 Chaos Emeralds. After doing this you move on to another world. There are 5 worlds in the game but one of them is fairly empty so think of it like 4 main worlds.

At about 17 hours you can say each world is roughly 4 hours long and the mini world is 1. It’s a really good balance and right off the bat I can say that the game has a whole lot of replay value you can have fun with. There are a lot of bonus conversations you can have with each of your friends after getting the right amount of hearts needed to complete the world. Additionally there are a lot of the cyberspace levels that you won’t even have played by the time the game is over. So you will be here for a good amount of time and getting the Platinum may even take you around 25-30 hours. I’m definitely aiming for that next now that I have this game completed and look forward to going after it. Maybe if I’m lucky they’ll do some really good DLC for this game with more story events or something.

For the gameplay it’s a bit of a departure from the usual Sonic experience as it’s an open world title where you run around and do a lot of platforming beyond the usual stages. The actual stages are only a very small part of the game after all so you won’t be there a whole lot. If you’re a fan of the usual Sonic structure then I can see you missing it a bit but the open world concept was done very well. You really feel Sonic’s speed as you run around and I just found that to be really ideal. As you level up the speed you feel better and better. My speed was only around level 20 when I beat the game so I’m curious what level 99 speed would look like. That has to feel incredible!

So for my money, Sonic Forces/Adventure 2 Battle probably had the gameplay layout the best in that you just pick a stage and get right in there. Adventure 2’s stages covered a lot of different terrain and could be long as well. You don’t really need the open world and just jumping in is a blast. Still if open world is the future then I’m still all in with it. I do like open worlds quite a bit and with fast travel activated it’s even better. World 3 is the only one that can be a bit annoying with the layout though. There’s a robot that lets you fly but it’s so short that it’s basically pointless and you immediately start sinking when you use it. I question the point of it being in there.

While the gameplay may take a little getting used to as I wouldn’t say it’s quite as sharp as some of the others, put in a few hours and you’ll be maneuvering Sonic like a pro. The best addition to the series is allowing Sonic to leave a light trail before him as if this was Tron. You can move in a circle to hit enemies or activate artifacts. In general Sonic’s attacks were all really great here and you got to use his speed in creative ways. You can also upgrade all of your stats by talking to elders and rescuing little creatures. The sound effects for the creatures may be ripped straight from Legend of Zelda but I like to think of it as a homage to Breath of Wild doing the open world first while Sonic did it best. One advantage Sonic Frontiers has over other open world games is how fast Sonic moves. Most other characters can’t quite move like this.

If I have a nitpick about the game, it’s that every cutscene opens in a smaller screen because they keep a border around it to show you the option to skip the cutscene. I feel like they could have it appear for an instant and then hide or only appear when you try to press X. Why have it always appear? It’s not like I want to skip the cutscenes most times. On the 1st run I’m not skipping any so I thought that was a bit odd. Can’t say I remember any other game doing that.

Part of why this game got a lot of hype was because it was finally going to be another plot driven game. Aside from Sonic Forces we haven’t had one like that in an extremely long time. If this is the return to the Adventure days then that would be great. There are a ton of great references to the past adventures as well including Infinite. It really helps make the continuity feel strong and it also underscores this as the final Sonic game. The characters are all really mature here and each character has their own character arc. Amy, Knuckles, and Tails all make big decisions here that should have big repercussions for the future games.

The soundtrack is also incredible. There are so many great vocal themes here. Each boss has their own unique song which is rare as most games will keep to the same boss theme. They all sound incredible and it also makes this game really feel like the most ambitious Sonic game out there. This is truly end of the world type stuff and these bosses are some of the biggest that Sonic has dealt with. The graphics are top tier as well so you’re really looking at a lot of great work put into this game.

It would have been great to have seen more characters thrown into the mix and parts of the plot can be a bit vague at times, particularly Sage’s origin and more about the digital world but it does add to the mystery and intrigue of the story. Sonic also stands out in particular with how great he looks here. He endures a whole lot of pain to help his friends and is always carrying himself in a very mature way. While I may miss the voice direction he had in previous games, I do understand the logic of making him a lot more serious for this one. He feels older like the rest of the characters which works really well.

Overall, I could go on but this is one game you really need to experience. It’s top tier in all aspects and is almost certainly game of the year. It’s unlikely that any other game will even come remotely close to topping it because this is what we’ve been waiting for. The greatest video game series of all time has returned with an all star adventure. If Sega keeps this up then Sonic is about to quickly become even more of a household name like back in the days and there will be no looking back. I’m definitely eager to follow along on this adventure but hopefully the next game doesn’t take so many years to come out this time.