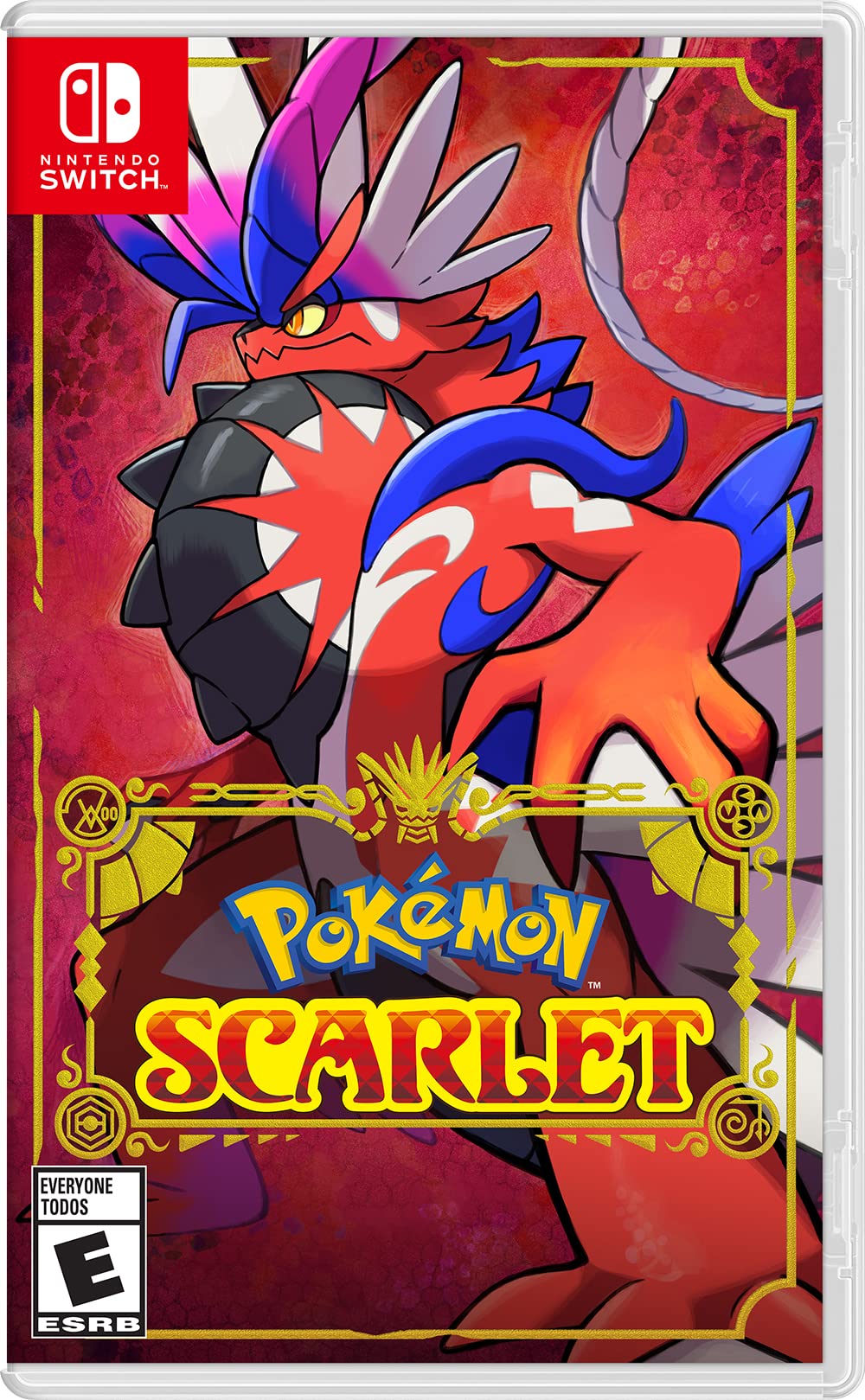 It’s time for the next big Pokemon event game! It’s always fun to have the Gym Leaders and Elite 4 running around. It’s been a little while since we really got to have that whole setup here as Arceus was a bit different from the usual path. All in all I would say this was definitely a big success. The plot may be the weakest one among all of the main-line Pokemon games but the gameplay is nostalgic and you should have a really good time here.

The game starts you off as a new student who will be attending a fun Pokemon school. There are 3 paths for you to embark on, the Gym Leader course, the Titans course, and stopping the Starfall group. Only after you have completed all 3 routes will you be able to unlock the final story and complete the game. Initially I thought it was going to be more like you complete one path and beat the game, then optionally play the others but in the end they’re all interconnected. The levels also match up that way and each path has their perks so I recommend just always going for the one closest to you.

The game has a map which is handy since the world is so big but it also does have its limitations. You can’t tell what level a raid is until you walk over there. It’s also hard to tell which gym/encounter is next on the list but I was okay with that one because it does help to emulate how a trainer might tackle things out of order. I found this to be the most difficult Pokemon game by far as I actually lost some battles and had to go back and train. It turned out that I was playing the Gym Leaders in reverse order by mistake. No wonder one of them had Level 50s early on. I must have taken a wrong turn on one of the routes but either way it was cool.

It did mean that the second half of the game mostly turned into a cakewalk though as I fought a guy with level 15s near the very end of the game. It did explain why my rival Nemona was so much weaker than the gym leaders at first since I guess the programming has a set level for her Pokemon based on how many badges I’ve obtained as opposed to which ones. Once you unlock sprinting and gliding you have a lot more fun traversing the world. It may be hard to adjust to the lower speed after playing Sonic Frontiers for so long but you get the hang of it. It was an ambitious map and I would say the game did a good job of it.

The gameplay feels like classic Pokemon once you actually get into the battles. For the first time in a while I also got to fight blind to an extent as I don’t know almost any of the new Pokemon and their types. It was fun getting that sense of mystery as I struggled to find the right attacks to use. This especially became big during the Elite 4 battles which are handled perfectly. You feel the majesty and mystery surrounding each fighter and the new musical theme that is introduced there works really well. Definitely no issues on the gameplay here.

The game succeeds because it’s just a lot of fun. At the end of the day who doesn’t like just getting out there and fighting in Pokemon battles right? What does hurt the game when comparing it to other big ones like Ruby and Fire Red is the story though. As I mentioned earlier, it’s just not that good. Most of it feels rather aimless and low stakes even for Pokemon. You fight a Titan and get a little cutscene, then this is repeated over and over for each fight. Likewise the Starfall events all have you beat someone and then see their tragic story. For the first time that I can think of, there is no evil group here. (Pokemon Shield may not have had an evil group either although I’m not 100%. If that is the case maybe they’re being phased out) So you’re never in any actual danger there.

The gym leaders are fun even if it’ll take me a while to learn their names. Larry is definitely the highlight there and it’s extremely impressive that he actually performs double duty as a gym leader and an elite four member. That has to be a huge time commitment and he makes it look easy. The game does start to turn up in the climax though so at least the final story event is pretty hype. I enjoyed the last battles but it felt like a preview of what the whole game could have been like. I’m not asking for anything crazy but even having an antagonist like Team Rocket running around would be fun. Give me some kind of trial to surpass as I prove that I’m the true Pokemon master.

A highlight from the characters perspective is Nemona though. She’s your rival here and while she is on the nicer side, she really likes battling. She constantly talks about challenging you and is very enthusiastic. Nemona is a supportive character who just wants to help the lead do his best and the fact that she beat the Elite 4 and the old champion so easily is impressive. Not only was she holding back but she was fairly young when she conquered them based on the dialogue. Yes, this looks really bad on the original champion who may be the least impressive one in the franchise but Nemona makes up for it by being the most memorable rival in a very long time. I am inclined to say that she beats every rival after Ruby in the game series.

As for the graphics, you’ve certainly seen the memes all around. There are a lot of visual glitches running around here like things popping in and out, character models being off point, and some severe lag. It’s clear that graphics weren’t a big point of emphasis here but ultimately it still looks good. In the context of this being a AAA Switch title then it’s well below expectations as it looks more like a Wii game but ultimately you can always tell where you’re at and the colors are fun. I didn’t really have a problem with it and you likely won’t run into any real glitches that affect gameplay so you’re good on this end.

The soundtrack is definitely on the weaker side though. Most of the new tracks don’t really land all that effectively. I liked the Elite 4 theme and the final boss theme but the rest weren’t so great. Still decent though and I don’t mind listening to them but they are a step below what you would expect. I think the issue is that most of the themes try remixing older tunes or taking elements from them instead of trying something completely new and that was a mistake. You always have to try and innovate as much as possible.

The campaign took me around 20 hours to complete so that’s a pretty reasonable amount of time. Between the 3 paths and then the last one it felt like there was a lot of content to play through. The game also has a post game that you can work on completing as well which involves a lot of battles. The game isn’t afraid to get a little difficult so you could look forward to some fun challenges there. In the end it did a great job of not being a cakewalk and so you do have to actually put some effort into the game if you want to complete it.

Overall, Pokemon Scarlet is a great game. At the end of the day it gives you all of the classic Pokemon staples that you would hope to see here. There’s a whole lot to enjoy and just filling up the Pokedex will likely take a very long time. I believe I caught less than 40 Pokemon and there are several hundred in here. Go forth and try to claim your mantle as the champion! Not sure how long it’ll be before we get the next big installment with a bunch of new Pokemon but this game can certainly last a whole lot longer if you want it too and then the gap won’t feel so large.