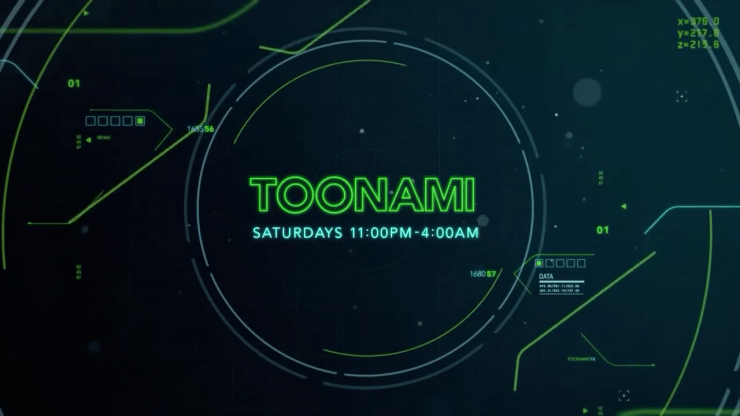 Toonami is a pretty cool TV block and I dare say that it’s the best block out there. It’s done a really great job of getting its brand out there. When something is on Toonami you know it. The channel has great bumpers, an actual ongoing story with TOM and manages to always have a pretty great lineup. Just having a place for anime to get aired nowadays is really cool since there aren’t many alternatives aside from watching online. At times the channel may make some questionable decisions (Super’s frame rate. There’s a bit of a blame game here with everyone deflecting, but ultimately it seemed to be on the channel not double checking their tapes) (The TV ratings for shows don’t always make sense. I believe channel ratings are up to the discretion of the channel so it could be more of a CN decision, but I imagine Toonami would have some input) but it’s still a top notch block. The channel has been through a lot, but there is one change I’m not too fond of. For a while the block always had 30 second promos for the top shows. Now they’re down to 15 per show and a lot of big titles don’t even get them.

To be fair, Toonami has never made it a practice to give every new show episode promos. I’m assuming this is due to budget concerns and not getting the content quick enough. Even so, I’m here to make the case that all new shows should have consistent episode promos of around 30 seconds. I really don’t think this would have a huge impact on the budget. Editing is no joke, but it’s something that they could certainly have staffers do. One way to get around the time involved would be to make episode promos based on the sub versions. You could just grab the entire thing, but of course this would be more of a last resort. Ideally I’d like to have 30 second dub promos for it the way they used to. For the purposes of this editorial when I say “new” shows I’m talking about anything that is airing on Toonami for the first time. For example something like My Hero Academia which is already available online is still on Toonami for the first time so that should get dub promos. Likewise if Sailor Moon Crystal were to air, I’d want that to get promos as well since it’s on Tooami for the first time. So…why are episode promos important?

1. They are your first glance at a show

Toonami has four kinds of promos. They have the motivational speeches every once in a while, the monthly lineup change promo, episode promos, and new series introduction promos. I’m mainly focusing on the third kind, but the fourth one has some overlap. Every new show does get an intro promo so Toonami does a good job with that. Typically this promo is a minute long and it’s a great way to set up a show for new viewers. To date the best series promo by far was the Sword Art Online Alicization one.

Despite there not being a whole lot of action in the premiere they used amazing editing and a rock solid music choice to get you hyped. I’ve seen that promo at least 50 times since it first aired. It’s just perfect and it’s an example of a show I could see myself checking out without knowing anything else other than the promo. It’s just that good. Episode promos can have the same effect.

Put it this way, the series premiere promo only shows up for 2-3 weeks. After that it’s gone so if you turn on the TV at a random time odds are that most of the shows airing won’t have any promos. That’s where an episode promo comes in. Lets say you turn on the TV and you get the Samurai Jack episode 3 promo below.

You have no idea what this show is, but all you care about is when the episode is going to air. You’ll tune in and now there is a chance that you’ll pick up the show. You’re much more likely to take a chance that way after seeing something rather than blindly tuning in at the time and checking it out. A good episode promo goes a long way to letting you see if you’ll like the show or not. Actual footage goes a long way.

2. They get you hyped for the next episode

An obvious benefit of episode promos is they get you ready for what will come next. Especially as most of the Toonami shows are action ones. A solid promo builds up the hype and anticipation for next week. Lets take this Titan promo for example. We’re finally going to see Eren’s rematch against the titan from episode one. This is an event that viewers looked forward to for several years so just having that scene in the promo really gets you amped up. It’s just not the same with no promo or even with a 15 second one. They’re just way too short for you to do anything with them. We need consistent episode promos and all of the new shows deserve them, not just the top 2-3 each season.

3. A good promo may make you jump on board a show even if the first few episodes didn’t look so good.

This is similar to the first option, but a little different. Lets say you’ve got a show where the beginning looks boring? Say you turned on Dragon Ball Super and you saw the early Beerus stuff. You figure “I’ve already seen this as a movie” so you turn it off and don’t watch again. About a year later you turn on the TV and the following promo shows up. Now you’re thinking “Wait a minute, this looks hype!” and you scramble to watch the next episode. An episode promo like this shows you what you’re missing and may incentivize you to re-start the show. After all, you’re more inclined to do so if you know there is going to be some big payoff like this rather than watching something you’re not a fan of and hoping it’ll get better. A lot of shows have slow beginnings and for some they may never get better while for others they hit that next gear and never look back. Promos are perfect for this. 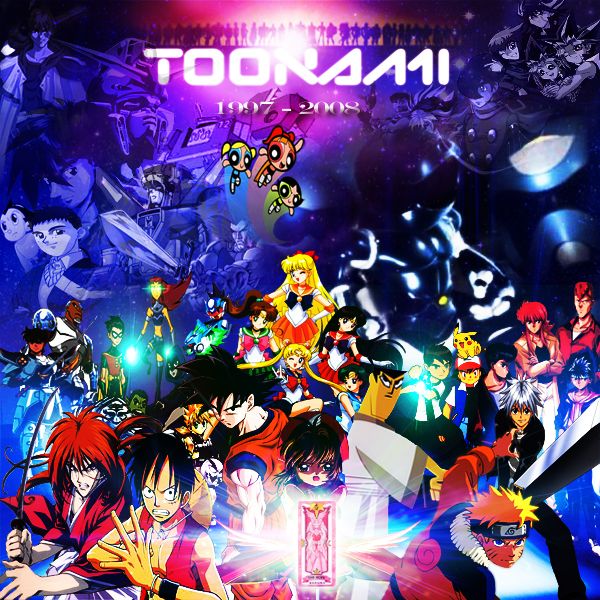 So, those are 3 reasons why I think Toonami should reconsider their current approach and begin airing 30 second promos for all of their premieres. It would really go a long way towards getting more and more people excited about their current shows. The biggest benefit will be for more casual viewers, but I just love promos even if I’m already watching the shows and am hyped for next week. Promos are just amazing and I’ve always enjoyed watching them a bunch. A good one just goes a really long way and also helps when trying to recommend a show to someone. Well, with or without this change, Toonami has definitely been a great way for us all to experience new titles. Without Toonami I doubt anime would be quite as mainstream as it is today.