Now is the title a bit hyperbolic? Perhaps, after all: 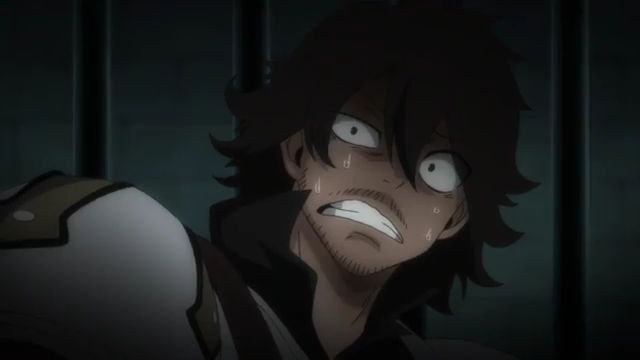 This guy exists. Who’d have thought that turning your city’s protector against you would be a bad idea, especially when she was the strongest in the land. But we aren’t talking about Rung right now, this is all about Clayman. This is what I would call an “emergency editorial” as after watching the “That Time I was Reincarnated as a Slime” episode leading up to the Walpurgis meeting, a certain scene happened which took me for a loop. It’s just such a crazy moment that makes Clayman look so bad, especially since he is supposed to be one of the smarter villains. It’s really a tutorial on how to speed run your own demise. Note that this editorial will contain spoilers up through Walpurgis and will reference events from season 1 although not in great detail. If you haven’t watched That Time I was Reincarnated as a Slime up through this point in season 2 then you will want to bypass this editorial.

It’s not easy to get that many people though, especially as there is a truce among all of the demon lords at the moment. You’ve been breaking this truce but doing so subtly in a way where nobody can prove it even if they suspect. Finally you have gathered around 30k-50k people at the ready to be murdered. Additionally you were able to mind control one of the true demon lords and are even blackmailing another one. It’s finally time for Walpurgis, the meeting among all demon lords. You’ve been getting your pieces ready for years at this point.

Now as you’re walking in it is important to remember that you are the weakest guy at the table. You’re barely even any kind of demon lord while the rest or at least most of these guys are “True” Demon Lords. There are 3 ranks to this: Demon Lords, which are quite powerful of course and still above most beings. I am not positive if Clayman is a demon lord or a pseudo demon lord as they keep mentioning he hasn’t achieved a true status yet but I think he has the normal status so he is higher than pseudo.

Then you have the True Demon Lords like Leon, Rimuru, and any other fighter who has completed the genocidal conditions. They have abilities that are leagues above any normal demon lord. Finally, you have the Elder True Demon Lords. While technically there is no extra rank, these are the 3 demon lords who have been around the longest and are at least implied to be far stronger than the rest. Milim is one of these three along with the red haired dragon demon at the front of the table and one other. So now you have the stage set for what is to come. It’s in your best interests not to make enemies of these guys right now while you are vulnerable . I should also mention that your attempt to claim the 50k souls was foiled by a bunch of mages and super powered orcs so you really don’t have an easy fallback option right now. You really just need to lie low and survive this meeting or throw in a lot of subtle burns and insults to pit the demon lords against each other. Okay with the stage set, here is what I consider the dumbest villain move of 2021 and you can probably take it much further than that with ease.

So what exactly happened here? Well, Milim is the demon lord who is being mind controlled which is why she didn’t react to the strike at all. However, everyone clearly noticed this and now know that something is wrong with her. Previously some were under the impression that they may have struck a truce or she was just teaming up as a whim. Not it isn’t easy to deduce that something isn’t quite right here and as quite a few of them get along with Milim, this instantly puts Clayman at a bad position.

Even if you ignore the fact that quite a few of the demon lords like Milim because they find her amusing, there is also a great sense of pride among many powerful fighters. To see the equivalent of a “commoner” striking one of their elites is sure to stir up some bad blood with the rest. As the demon lords may be immortal they also value any entertainment they can get so that’s another reason not to attack Milim. There isn’t a single good reason to immediately make an enemy out of everyone like that.

Now these are demon lords so you won’t expect a friendship moment where they talk this over. If any of them gets sufficiently upset they could just wipe him off the planet like nobody’s business. Keep in mind that some of these guys could potentially take him out in a single blow. He has Milim to protect him but Clayman is surrounded by demon lords so the odds of her stopping several attacks is slim. Additionally, now that they know something is wrong with her, the necklace will be an easy target.

I haven’t seen the next episode yet as I rushed this editorial out as soon as I finished this one but whether he gets away with it or not, it was a really bad move. There’s just no good reason to antagonize these guys when you could be turned into paste in a moment. This guy just can’t see the long game and ruins it all with spur of the moment decisions. Rimuru was already making moves against the guy but it was really a proxy war at the time. Now you have Rimuru promising to murder the guy. All it takes is one true demon lord trying to murder you and that’s it.

Now, Clayman may not have known that Milim and Rimuru were “besties for resties” as they put it, not very many people knew about that. But, he still knew the risks of the others seeing what was going on and turning on him. Now he has infuriated one of the most dangerous guys at the table. Rimuru may not literally be the strongest demon lord in the room but the fact that it is even debatable makes things really bad for Clayman. Rimuru also has the largest army of powerful monsters at his beck and call. If he summons the Tempest Alliance to wage war against Clayman, there is no escape. While Rimuru could solo him 1 on 1, it also means that Rimuru could destroy his castle, reputation, and every trace of him on the planet.

There’s another wrinkle to this as well. Milim has a self defense function which activates if she takes damage or is attacked. Fortunately for Clayman he is so weak that it didn’t activate but he was already warned about this earlier. If he had triggered her defense function it was already made clear that she would destroy him instantly. That’s just another risk to take on top of all the others. Just like that all of his careful planning over the years will have come to naught. It’s also worth mentioning that aside from being one of the weakest demon lords in the room, he is even weaker than one of the attendants who it seems is a demon lord in disguise.

In the end Clayman is extremely lucky that he wasn’t obliterated on the spot. Who knows, maybe he will have some kind of master plan that will make this worth it but much like Athena’s plan in Saint Seiya, I can’t imagine it being anything other than some super convoluted endeavor that ultimately isn’t worth the effort and would have backfired under any circumstances. Clayman really made himself be one of the weaker antagonists in the series with this move. Imagine throwing away every possible advantage you may have had in this situation just to show off a bit. His days may have been numbered anyway but he really went out of his way to guarantee his demise. This is a fairly quick editorial but it was such a shocking moment that I had to write about it.