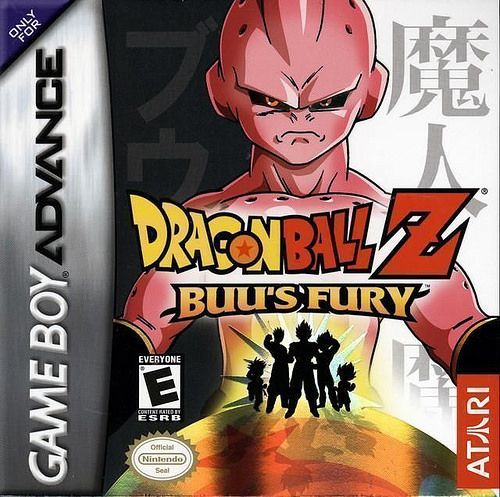 Stop the madness! Is this one of the rare DBZ games that I didn’t own before now? Yes, I finally took the plunge and got the game at long last. It’s a very solid sequel to the last one and the gameplay continues to be quite excellent. Leveling up never feels like a grind here and the game seamlessly throws some of the movies into the plot. It’s all handled very well and while the game is not particularly long, it makes for an enjoyable experience.

The game’s plot adapts the Buu arc from DBZ as you’ve probably guessed. If you’ve never watched DBZ before, it involves the world’s strongest heroes coming together to defeat an evil genie. They’ll need team work and a lot of heart in order to win this round. The text boxes do a good job of adapting the whole arc and keeping in enough details to ensure that you still know what is going on the whole time. It’s a good way of blasting through the arc while still knowing enough to bluff your way through a quiz.

The gameplay is the same as the two predecessors. It uses an overhead view as you can punch or shoot energy blasts. If you can block, then I’m not sure how as I never bothered. Punching is the way to go here and with each level up you can power up a stat. Go for Strength and ignore everything else. The rest are borderline useless by the end while strength will allow you to one shot all minions. This allows for easy level ups and then you can build up your defense. You can also turn Super Saiyan which gives you extra energy and increases your speed. I didn’t notice it actually amping up the strength of my attacks, but it must have had some kind of effect. The gameplay is easy to pick up and you’ll likely have it mastered in no time.

One thing that I’ve always really liked about this series is how easy it is to level up. You can gain 50 levels in a quick 30 minute run and even faster if you’re in the right place. At times, you’ll get a whole level up for each individual minion that you defeat. Considering that they go down like flies, this results in a huge rank up to your characters. It’s quite impressive to be honest and is the single best RPG at the leveling system. It puts titles like FF VII to shame where you’ll have to fight for a very long time to make any kind of head way. I’m still rather sore at that game for making the climax so much work. It’s not so much the difficulty but the fact that if you save in the wrong place…you’re doomed. It’s just going to be game over for you from then on. More on that in another review though.

The game holds up really well when it comes to the graphics and the soundtrack. The sprites are all pretty fun and the images that the game uses for the text are unintentionally funny as well. The characters are constantly yelling and panicking throughout which doesn’t always fit the lines, but that’s part of what makes it enjoyable. As for the soundtrack, there are a number of good themes here. One of them is a remix of a rock theme from the anime, but sadly it cut out all of the rock elements which was a little disappointing. DBZ 2 is still the best when it comes to the soundtrack because of the great Cell theme, but the music here will still get you into a nice groove.

There isn’t a whole lot for replay value after you beat the game. You can max everyone out and grab a bunch of items, but that won’t buy you all that much time. The fact that there is any post game content is still a plus though. The actual game’s story is roughly 6 hours so maybe you could take it to 10 or so by the time you’re done with everything. You’ll likely be buying this game for a very low price so the time is not bad. Especially when you consider how good the game is. Quality over quantity and all that right?

One thing I’d highly recommend is stocking up on food while you can. Save your money for most of the game and then just buy as many Onigiri’s as you can for the final part of the game. I’d also recommend leveling up Vegeta a little since you’ll need him at the end and otherwise it’ll be a little tough to beat Buu. Ideally you want to be at around level 130 or so because then you can finish him quickly. Never use any money to buy equipment since the enemies will all drop a lot of it towards the end of the game. Also, put on the heavy boots and gear to get level ups faster. It makes quite the difference and considering that the game was already easy to level up in…this almost feels criminal.

Overall, Dragon Ball Z: Buu’s Fury is a solid way to end the DBZ adaptions for the GBA. It was a really good trilogy and a very underrated one for DBZ. Granted, I’ll still take Budokai and Tenkaichi any day, but this was a great way to play on the portable. The series did everything that it could with the RPG format and I can’t imagine another title taking it out. Maybe if they ever made a big budget DBZ RPG with anime cutscenes and an awesome plot I suppose. For the GBA though, they maxed it out. I highly recommend checking this game out and seeing what you think of it. Now I just need to get the GT GBA game and I’ll have completed that saga of Dragon Ball adaptions. The gameplay shift is a little unfortunate, but I like beat em ups as well so it should be fun. Until then!