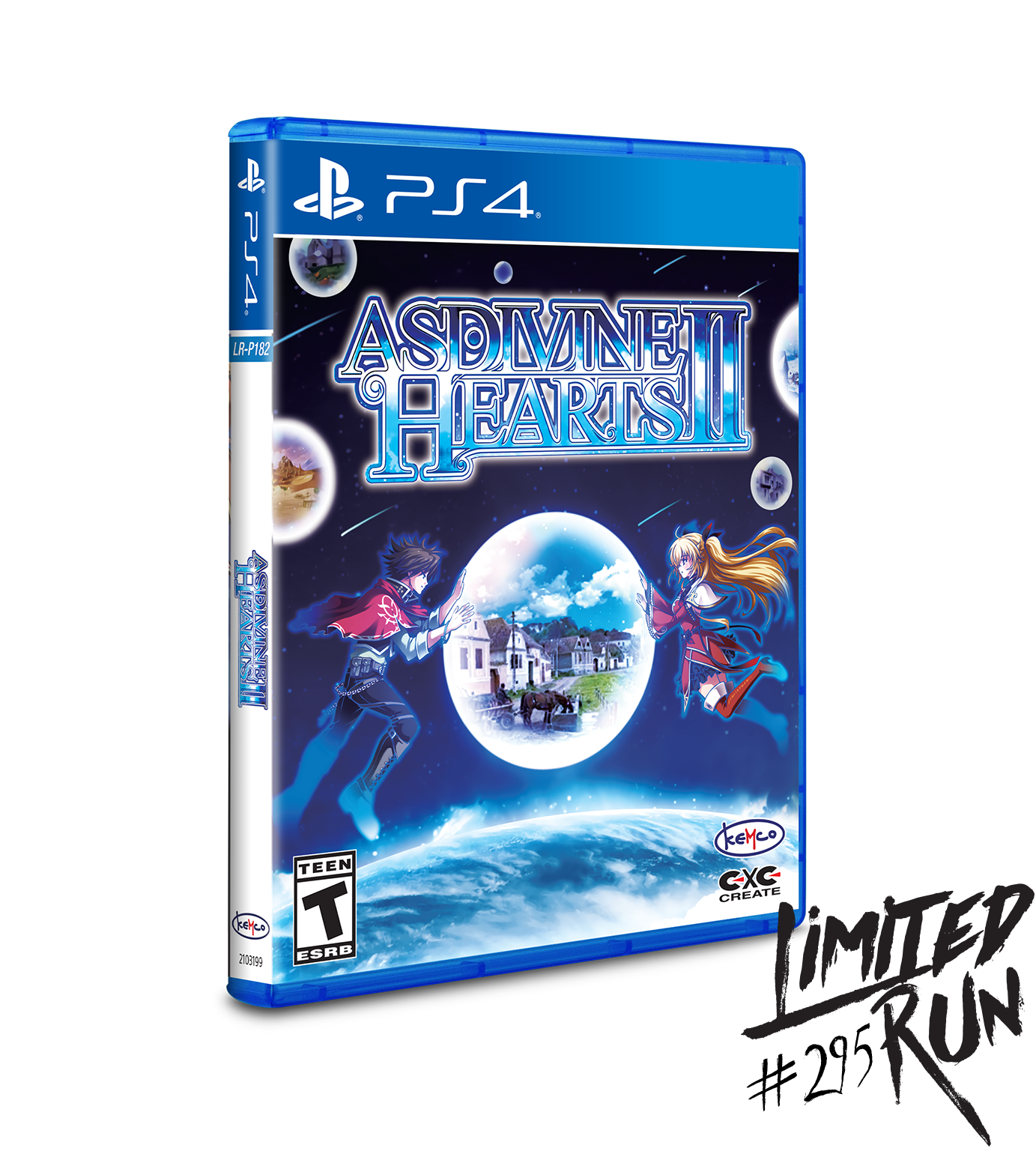 After a long time since playing the first game it’s finally time to take a look at the sequel for PS4 thanks to Limited Run Games. The first one was super memorable for me thanks to its really impressive UI and menus. The game is just super streamlined and has every feature you could want in an RPG. This one is a great followup even if the plot isn’t quite as good as the first one. Some of the characters can be a bit much, but either way I would definitely still recommend picking up this game.

The game takes place 2 years after the first one. Zack and Stella haven’t seen each other in that span of time, but they are called together once more by the light goddess Felix. She explains that something is wrong in a parrallel world so she wants their help in investigating. The dark goddess Nadia will be accompanying them as well as Uriel from the last game. Celine has to stay back this time to help with preparations for the Star Festival. The heroes enter the portal and find that the other world is freezing over thanks to the powers of a new deity. They will have to stop this guy at all costs, but is there more to this threat than meets the eye?

Naturally the plot expands quite a lot from the general premise as you would expect from any long RPG. This game is quite a bit shorter than the first one and you’ll probably beat it in half of the time. Still, at around 12 hours the campaign is still long enough to get your money’s worth as well as a bunch of twists and turns in the game. Whenever the climax approaches (We get 3-4 different climaxes) the game always draws you into the excitement thanks in part to the music. The soundtrack is pretty limited, but the tunes that we do get are quite terrific. I could hear the enemy theme on loop for hours and the final boss theme is suitably hype as well. The game does a good job of really selling you on the game ending before a twist suddenly throws everything for a loop once more.

The graphics are also very good. The cutscenes are told through image illustrations like a GBA game, but the character portraits definitely look like they are in HD which is good. Everything just looks shiny and modern which I think it a must for any big PS4 game. The gameplay graphics are nice as well even if I don’t look at the effects all that much since I have the game running at high speed mode. The attacks look great, but the animations do tend to take a while so after you’ve seen them all once it makes sense to just skip past them.

As for the gameplay, it’s your standard turn based combat system. Each character gets to attack and you can use various skills and techniques to speed up your turn or slow the opponent’s down. Each character can learn a ton of attacks including physical skills, magical skills, unity skills, combo skills, etc. By the end of the game your menu will be pretty cluttered with how many different kinds of moves you can activate. In most games this could be overwhelming, but Asdivine Hearts does a good job of never letting it get that far. Part of how it does this is by allowing you to control everything. You can put your guys on automatic for fights, you can skip fights with weaker fighters altogether, text speed, etc. Everything is customizable which is awesome.

I’ve never seen a game that can make grinding so effortless. Then you’ve also got other featured like gardening which increases your physical stats, tickets which gets you rare items, and power jewels which can be traded for great items like doubling your EXP for the rest of the game. I highly recommend buying all 3 copies of that as soon as possible. This is one game where you should never skip a fight because you’ll want to do as many as possible to get those gems. Trading them in gets you the very best rewards. Even with all of this the final boss is pretty difficult though. A lot of their skills will really test your abilities and put your skills as a player to the mettle. They seem to have almost unlimited durability and even with my characters at level 90+ I was having some real difficulty. The final bosses took around 30-40 minutes to conquer which was pretty crazy.

The main character cast is good for the most part. Zack is still a great lead who always does the right thing. He has a lot of confidence and usually comes up with the best plans out of the bunch. Even with his companions being a little crazy he never lets it get to him and always stays ready as the leader. Stella is a good main heroine as well even if her whip gimmick feels a little forced at this point. At least she is a little bolder than in the first game and also doesn’t get quite as jealous as last time. It would be nice to see her use her light powers a little more though.

Then we have Uriel who is the best of the training companions. She’s honest about her feelings the whole time and her subplot about being a little worried since she is a human was pretty emotional as well. Uriel was a good companion to have around. Then we have Felix who isn’t quite as solid as the others. She’s a goddess and yet she is always a few steps behind the other characters in just about everything. How can you be a deity and still not be prepared for what’s going on? That just doesn’t work and it makes her look pretty bad the whole time. Her whole fur gimmick is definitely not great either.

Then we have Nadia whose core personality isn’t bad, but her obsession with Felix gets to be a bit much. The game loves giving everyone a different creepy gimmick like this which can get old very quickly. Lets not even start with the character who wants everyone to stomp on her. (Or him. It’s hard to tell with some of these characters) The problem is that these traits start to take over the characters very quickly so it has to appear in every cutscene more than once. A lot of the cutscenes get pretty iffy as a result.

The villains are good at least. As I mentioned there are quite a few twists with each villain getting a different “All according to plan” moment which is nice. The hype music also really sells these scenes so that the game can get quite epic when it needs to be. As a result I can’t say that the story was bad. Really it is great during serious scenes and then pretty bad when it’s back to slice of life mode. Hopefully it can be a bit more balanced in a potential third game as this is the only thing holding the game back from a full 9 star title.

There is definitely a lot of replay value here. Beating the game will take around 12 hours as mentioned, but if you intend to platinum the game you can expect to double that amount of time. Increasing everyone’s trust levels will take time so I’m thinking the best way to get everyone’s ending would be to save right before the end and give all of your trust items to one person. Then after the trophy pops you reset the game and do the same for each other character. Some of the other trophies will still take some time though. The game’s excellent gameplay mechanics for encounters and such do make it easier to explore and find all of the chests though. It’s a much more manageable Platinum than what you would see in most other games which is definitely appreciated.

Overall, Asdivine Hearts 2 is a really fun game. The gameplay is out of this world and the level of customization that you have at your disposal is quite impressive. It may all feel a little overwhelming at first, but I think the developers did a great job of making it all as straight forward as possible.The actual story is a little on the weaker side though with the characters going a little too overboard on how desperate to be quirky they can be. Still, it’s never too bad I guess and you can always just quickly skip through the dialogue when certain characters show up. You can set the text to instant so you blast through the conversations and you can then prep for the actual cutscenes that are important. I’d definitely be game for a third title in this series but with how overpowered the heroes are at this point it’s hard to see what could possibly be a threat to them at this point. I’m sure the developers can think of something though.