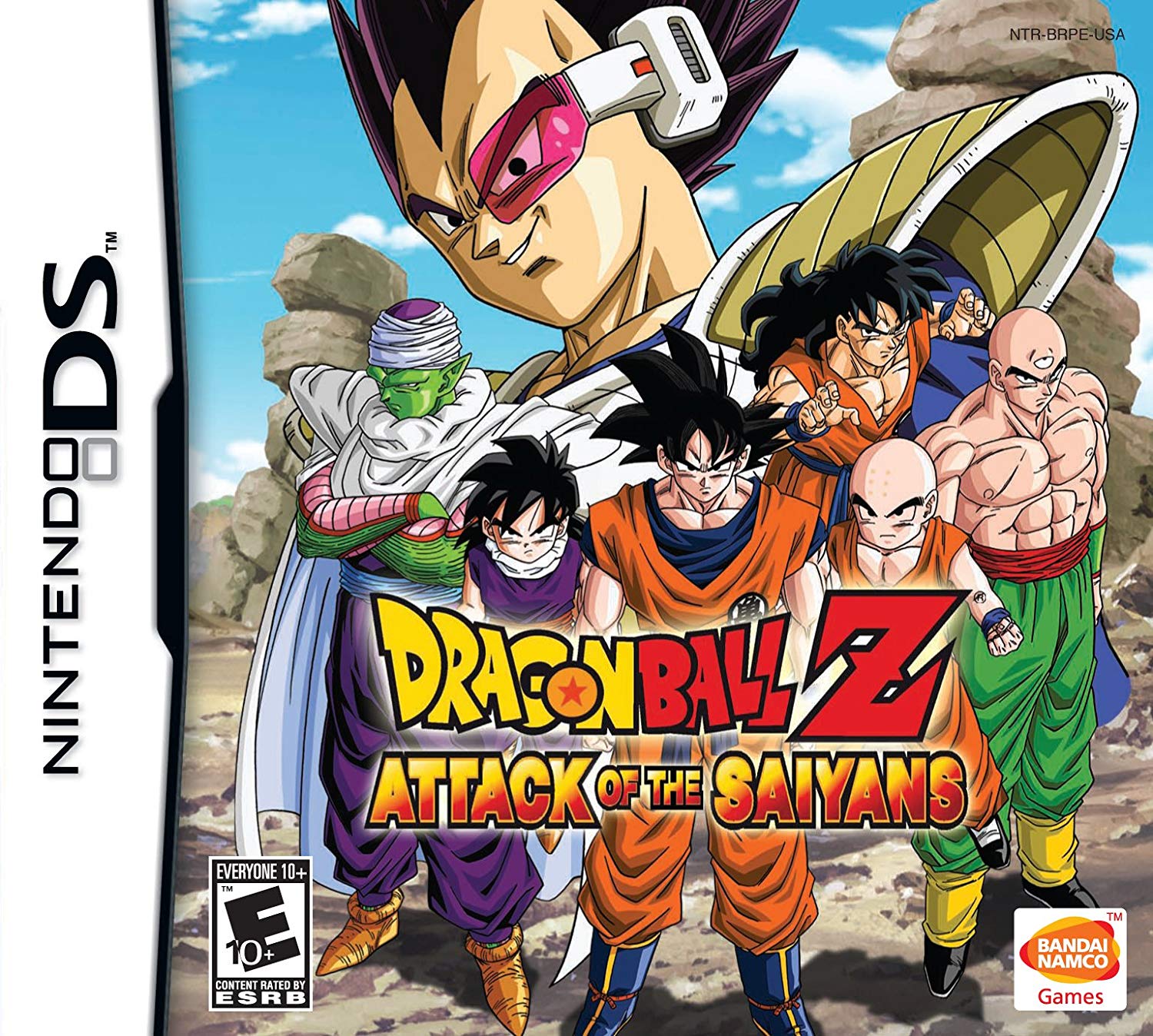 It’s time to look at a DBZ game that has always been quite well known as an underratted classic. Just about every threat I go to about great DBZ games there is at least one person naming this game. People seem to love just how in depth it went as well as the solid gameplay. While I’m not ready to call it the best DBZ game I will say that it is great. Ir’s too bad that they couldn’t have covered more of the story than just the Saiyan Saga, but you’ll likely never see such a detailed lookthrough in any other game. It’s impressive how much is shown here and the gameplay is pretty tight.

The story actually starts with some adventures from Dragon Ball. The main part starts when Raditz shows up halfway through the way though and we learn that more Saiyans are on the way. Goku and friends will have to surpass their limits if they want to beat these guys, but the problem is that time is not on the hero’s side. They will only have an hour to get ready and that’s a really short time table. Still, the heroes have been through worse odds before and come out on top so they won’t let this get to them.

So the gameplay is similar to the turn based style of Pokemon, but more interactive. I’d say that the Mario & Luigi series is a good benchmark for this one. The reason for that is because you can click buttons at the right time to minimize damage which is always an interesting change. If you get really good at blocking then you’ll need to do less grinding than someone who isn’t able to react in time. It adds some strategy there. Then you’ve also got the line-up strategies. You can have 3 people in the front and up to 5 in the back although you’ll never get a full party of 8 in the game. You will probably figure that having 3 people in the front at all times is your best bet, but there is actually a good reason to only have 1 at times. The EXP you get in battle is evenly split up between the characters in your active party with the backups only getting 10% of it. So if you’ve only got 1 guy in the front then he will get massive amounts of EXP. It helps a lot with leveling.

Typically I kept my whole group of 3 in the front though. If the other members die in one hit for the boss fights then you’d be in trouble anyway so at least this way it kept the fighters close. At first in the game I would lose to the boss each time which would then require more grinding. The game can be difficult so expect to have to level up quite a lot. There are numerous strategies to try out though and a vast level up tree. What abilities you decide to improve and rank up will play a huge factor in how your character turns out. Personally I decided to just max out attack power for everyone and I always ignored the other stats. Good attack will go a long way right? That’s the way I figured it. Unfortunately when you beat the game you are taken to right before the final boss so you can only control Gohan, Krillin, and Goku. Everyone else that you trained up is lost forever unless there is some way to find them again. That part’s a little unfortunate.

Most of the game you will just need to figure out on your own as you play through. I personally say you should max out one special attack for each fighter first. Then work on unlocking ultimate attacks by powering up other techniques and you should be good to go. Definitely buy a good amount of potions for the end game because you’ll be going through 5-6 boss battles in a row. Losing in the middle of those would have definitely been rough if you ask me. I recommend being around level 50 to make the battle go smoothly and be careful with the Kaio-Ken. It’s the best move in the game but if you can’t finish the opponent off before it runs out you are most likely doomed to be defeated since you can’t move or block for a few turns.

There is a lot of content in this game and it took me around 20 hours to conquer the main story. Should you decide to do the bonus content like fighting Broly and maxing everyone out it’ll take even longer. This is not a short game so you’ll have a lot of replay value here. Even without playing any side quests you’ll be here for a while since I didn’t really do any of them myself. The game can be a bit pricey online but at least you know you’ll be getting a great game.

Meanwhile the game doesn’t cheap out on any other areas. The graphics here are quite good. One thing that might drag on for you are the explanation points and other symbols that show up after every line in the cutscenes. Hold down the R button to speed things along, but let go when clicking on the dialogue or otherwise you’ll skip some lines. Doing this helps to make the cutscenes go by pretty quick. All of the attacks are flashy and I like that you can see the improvement as you level them up. Then you’ve got the soundtrack which is pretty good. The boss battle against Vegeta was great and I also liked the general danger theme that plays constantly. The basic boss theme is also sound. It’s just a very well rounded array of tunes.

Overall, Attack of the Saiyans definitely lived up to the hype. It’s a classic DBZ RPG that can hold its own with the best of em. I managed to beat the game on Friday the same day that Kakarot arrived so it was good timing. Now I can effectively take a look at the PS4 version of the RPG. I already know it’s going to be a top notch game for sure. While I’m sure most of my readers will be picking this one up, I’d say you should also buy Attack of the Saiyans if you’re a big fan of the series or if you just like RPG titles. It’s a lot of fun with really sound gameplay mechanics.