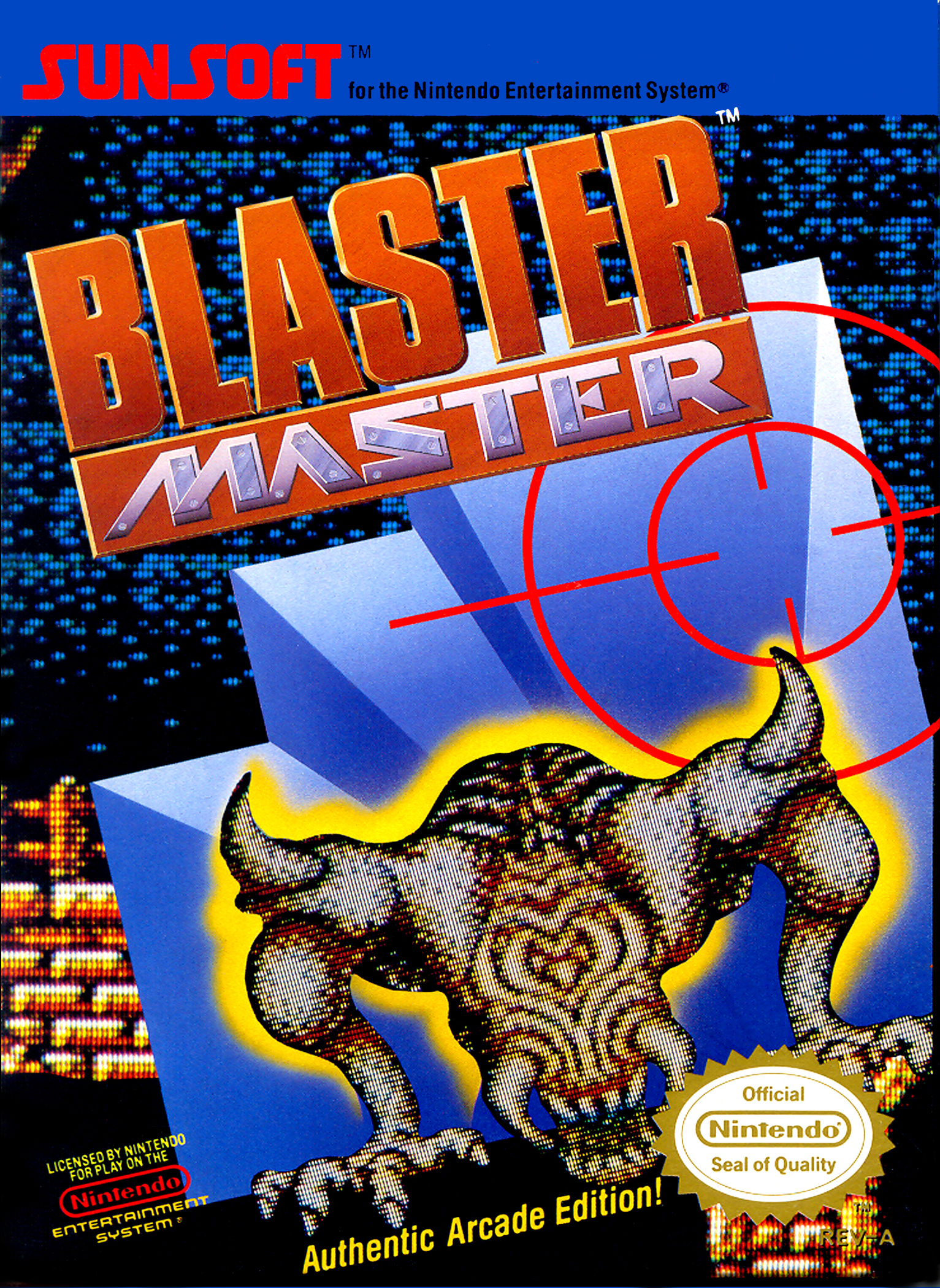 It’s time to look at another classic NES game. Blaster Master is pretty well known compared to most of the other titles on the console. This is due to an extent to newer games in the series being released but also because the original was simply ahead of the curve at the time. It has two different gameplay styles and even switches from 2D to 3D at different points. This is something that was really unheard of back in the day so that’s pretty crazy.

The game even has an intro cutscene which is also super cool. Basically a frog falls into the Earth and gets lost somewhere in the caverns so now the lead has to find him. Fortunately the main character has his trusty robot at the ready and is definitely going to cause some waves. He’ll destroy monster after monster until he finds his friend. That’s part of why this main character is so good. He is absolutely determined to find his pet and won’t rest until he does so. I’d be game for this getting a film at some point. The sci-fi/fantasy elements would really work quite well.

The gameplay varies as I mentioned, but for the most part it’s a 2D shooting platformer. The hub world has this style and then it switches to 3D when you enter a labyrinth. As a result it’s fair to say that you’ll be spending most of your time here. Make sure you figure out how to leave your robot to run around, that part took me a long time and I can guarantee you that you won’t get far if you stay in the robot. For one thing it’s impossible to climb ladders or enter labyrinths if you stay in the bot. The robot is fun though with how it can shoot powerful energy blasts. Naturally it’s a lot stronger than your human self. It seems like you can recover your health if you leave the robot for a little while so if you’re low on health that may be a good exploit. I only used this briefly though so I can’t guarantee that it works all of the time.

When you’re in the labyrinth you need to keep exploring until you see a boss. Sometimes these mazes can get confusing so you’ll find yourself back at the entrance but don’t leave. I did that a few times but ultimately I would need to go back and it would turn out that there actually was a boss there. I’m not sure if every labyrinth has a boss so it’s possible you will be aimlessly wandering but in all of the ones I went too there seemed to be bosses. The game gives you a cool special effect where the whole screen goes dark and then the boss shows up. The game seems to low key have some horror elements to it with that. It’s incorporating some Resident Evil/Metroid there. I’m curious how the final boss would look. Maybe like one of those creatures from the box art?

The graphics are pretty solid. There are quite a few backdrops to explore here and a lot of moving character models. The energy blasts are solid and I like the design for the robot. It feels like a real threat and not a machine you would want to fight in a life or death situation. The soundtrack is less memorable, but it sounded okay to me. The story mode being real was still overloading my mind at the time. The story is a pretty good length especially when you take into account that a lot of the levels are mazes. It can take a while to clear these dungeons. I managed to beat around 3 before I ran out of time. These are the real deal.

When it comes to replay value I don’t imagine there is much after beating the game. I guess you could try to beat the game quicker or through losing fewer lives but there aren’t really any other modes. Your main incentive for playing through this game is absolutely the story. Fortunately it’s a good story and with the quality gameplay at the ready that’s a winning combo. The game is also free if you have the Nintendo Switch Online so you can’t really go wrong there either right?

Overall, Blaster Master is one of those classics that actually lives up to the term. This is a game that has aged quite well to the modern day. You can plug it in and start playing right now. As long as you enjoy platformers or shooters then you will have fun here. It’s also got that Legend of Zelda dungeon exploring so that helps it appeal to even more audiences. This game was surprisingly sophisticated so I’m definitely up for playing future installments at some point.