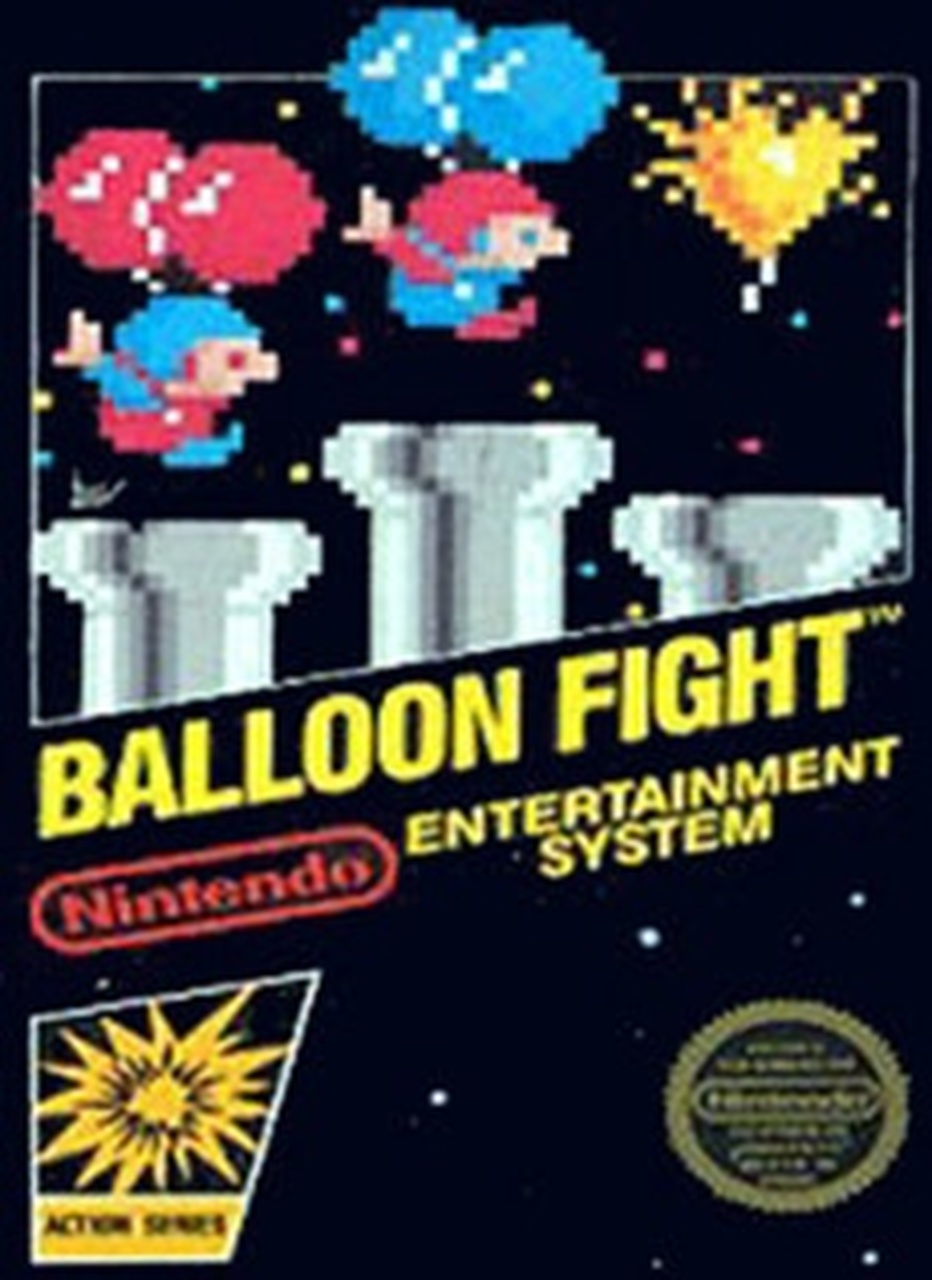 It’s time to look at another NES game I recently finished playing through. Balloon Fight is definitely a pretty popular one despite the main character not becoming playable in Super Smash Bros yet. Don’t worry, it’s only a matter of time until they fix that. In the meanwhile it’s fun to look back at how the franchise began. The game has aged quite well and does something almost no other NES game at the time had even thought to do….it has 2 modes. In almost all of my NES reviews I have to mention that there isn’t really anything to do in the way of replay value. Well, that’s not the case for this game. In Balloon Fight you’ve got the main mode and an endless score version.

So the main gameplay of Balloon Fight is that you have to try and pop the balloons carrying your enemies. Then you knock them out before they can grab more. The game is endless so you just see how many levels of this you can survive. Each level has around 4-8 enemies for you to beat. At first this is pretty easy as there are no obstacles or elements getting in your way. The game gradually gets harder though as eventually you have lightning bolts being fired at you and things of that nature. It’s a challenging but fun experience. Your main incentive will be to keep trying to beat your old score.

Then you’ve got the other gameplay mode where you’ve got an auto scrolling screen and a bunch of balloons floating around. Every few balloons you grab lowers your ranking. Your goal is to make it to Rank 1 and then you’ll have beaten the mode. It keeps on going endlessly if you want to keep getting more balloons but that is your main goal. It’s pretty fun and certainly different from the main mode so I like the diversity. You can tell that this game had a good amount of development time behind it. This is what I like to see.

The graphics are simple but effective. The enemies are colorful and the background is catchy. The music theme is also pretty iconic at this point. There’s not much else to say on a technical basis but it doesn’t disappoint. Between the two modes this game should last you close to an hour. There’s also a little replay value in trying to raise your high scores although I wouldn’t say that the replay value is too high either. It’s just right considering that this is a free title with the NES Online.

The controls are very smooth as well and I like how the physics are handled. You can’t just turn at the drop of a dime or anything like that. You do have to account for gravity and everything. If you tried going somewhere very quickly then you will not be able to stop as fast as you would have liked. Also, one fun thing about the game is that crossing the edge of the screen actually doesn’t result in you losing a life the way that it does in most games. That’s a fun little element that may seem pretty random, but I think it does serve to help make the game even more unique. It’s all pretty impressive if you ask me.

There’s not a whole lot more to say about this game in part because of how simplistic it is. The gameplay you’ll understand within seconds of playing it because moving and floating is really all you can do. You beat all of the enemies the same way after all. Sometimes it seems like the simplest games ended up being some of the most addicting ones. It’s the same principle behind a lot of current mobile games that hit it big. There’s just something fun about doing repetitive actions. You start to do them real automatic like and it works out quite well if you ask me.

Overall, Balloon Fight is definitely one of the better NES games. This is exactly why I played a bunch of the low budget type games first. I figured that the longer I kept putting off the big games the more satisfying it would be when I ultimately started playing them back to back at the end. Now all I’ve got are the really big games and the marathon works quite well. I’d definitely be up for a big budget sequel to this someday. I think that would really work well since there is a ton that you can do with the balloon setup. You could even throw a plot in as that’s not something you typically saw a whole lot of back in the classic days.