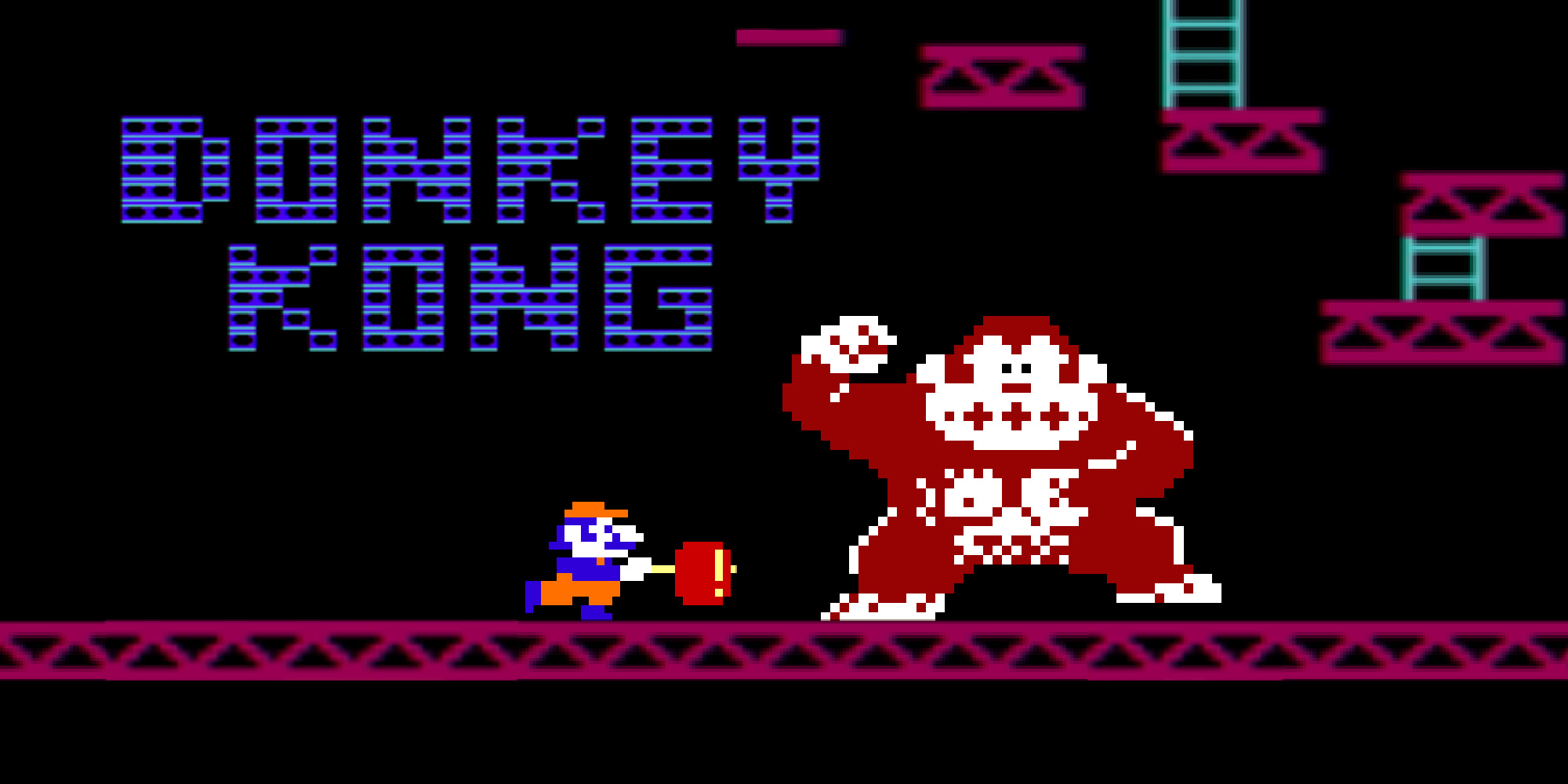 It’s time to look at the original Donkey Kong game! This is definitely a title that really helped to put Nintendo on the map. It really had just about everything you could ask for from a classic arcade title. The gameplay was simple but effective and the game actually had a bit of a plot. It’s rather short with only around 3-4 levels but then the game loops so you can keep going to really test your abilities. It’s a solid all around title and definitely a good one to take a look at if you haven’t played it before.

The concept of the game is that you have to climb to the top of the DK level. To do this, you run back and forth across the stage and use ladders to climb up to the next level. DK will throw barrels at you so you have to jump over them as you make your way to the top. Be careful when doing this because a single slip-up will cause you to lose. As you get to the end of the game actual minions will also show up and you can’t touch them unless you have a hammer activated. This does force you to go with a slower, more concentrated approach. Don’t make any move without being absolutely ready for what’s going to come next. Also, you can’t fall from a great height or you’ll die. This got me in the level with the elevators. If you want to make it to the next place make sure that the distance is very short so you will be able to cross with ease.

The graphics are definitely very nice here. It’s got that classic Mario look throughout the game and the colors are pretty vibrant. It definitely looks considerably better than a lot of the other NES games I’ve played. I think what goes a long way to getting this look across are the level designs. It just helps make everything stand out. As for the soundtrack, the main theme is definitely quite iconic and works really well. You definitely aren’t likely to forget it anytime soon. I can’t say the same for most games on the console so that’s another win for Donkey Kong.

Ultimately what does hold this game back from a higher score is really just the fact that it is so short. Of course you do have replay value here for things like increasing your score and such but ultimately that’s it. The gameplay isn’t that different or difficult so it would likely get repetitive quite fast if you’re just trying to stick to this game. It’s free if you have the Switch Online but otherwise I can’t really imagine paying for this game. As such, it is a good title but these factors are holding it back from being a great one.

Overall, Donkey Kong is a game that lives on in the Nintendo legends. Without this game the video game industry would be quite different that’s for sure. It is pretty fun and I had a good time with it. It may not be a game that will last for very long but more importantly, it is a game that you will remember and that’s always a good thing. If you have the Switch Online then you should definitely go and check it out. I’d be game for a modern remake of this someday. I think you could actually make a full fledged game out of this style. You’d just need to add some more stage layouts and minions/obstacles but it could certainly be done. I’d definitely be interested in seeing what ideas they would come up with for that.