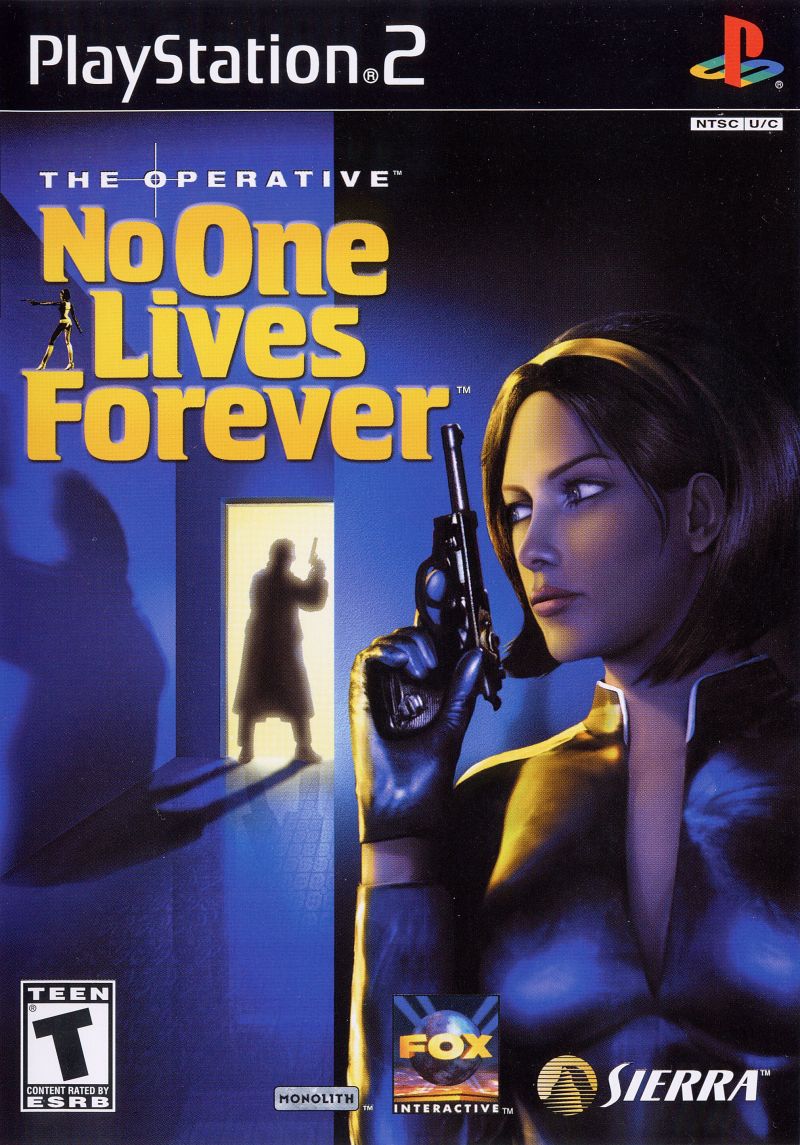 This is another game from my past that has finally re-emerged. One of the benefits of finally getting my video game backlog down from 100+ to under 50 is that these games are finally crawling out of the woodwork. I had made it decently far in with this game but got stuck on a stealth mission (Man of Influence) for an incredibly long time. Well, I finally made it out. The rest of the game was still surprisingly difficult. It would not be an exaggeration to say that this is easily the most difficult stealth type game I’ve played and I would put it up there as one of the most challenging ones in general. The story is good but I didn’t care for how the stealth was incorporated.

The game follows an organization by the name of UNITY which keeps the world safe and secure from the shadows. They have been doing this for a long time to great success but now they have a new threat on the horizon. The name of this terrorist organization is HARM and they have already taken down most of our operatives. They have some big plans for the world and we can’t wait to find out what they are. This forces us to mobilize our fairly new recruit by the name of Cate Archer. She used to be a thief but has since turned into a dependable field agent. One of the higher ups is pretty convinced that she will fail so we have to prove him wrong. This leads to a whole lot of missions across the globe as we get closer to finding out the truth behind this organization.

The story is quite cinematic and feels like a 007 adventure. Each level introduces more and more characters as well as new gadgets. The villains have quite a few generals at their disposal all of whom get their own levels. There are a lot of twists and turns to the story as well. You even have multiple choice based levels where your answers will determine if you win or lose. There isn’t any gameplay in them aside from answering questions. The gameplay varies rather dramatically from stealth to full on action to dialogue. There were even a handful of levels that were purely cutscenes so it was like watching a mini movie. By the end of the game you’ll really have to re-evaluate everything you’ve seen up to that point. It’s hard to trust anyone but such is the life of being a secret agent.

So the story is absolutely great but as I mentioned I had some problems with the gameplay. Ironically it is in a similar case to Pryzm at times. You gain new gadgets in many levels but the game doesn’t tell you how to use some of them. For example towards the end of the game you needed to use a blowtorch to get through. The way to do this is to take out your lighter and then switch its mode so that you have the more powerful flame item at your disposal. The game ambitiously tackles a lot of different gameplay options such as even adding in levels for driving cars but because of that each mode is less polished than it needs to be.

Take the stealth levels, not only are they extremely difficult to get through but when you die there are no checkpoints in sight so you’ll be sent back as long as 15 minutes. Other times there will be a camera around but you can’t check where it is facing without running out of your cover so if it’s looking at you then it’s game over. The only way to get through these levels is to muscle through them at times after dozens and dozens of attempts. You’ll be tired of the levels after a while. I never like having to wait in a level but in these cases you need to. For example, in some stealth missions you have to wait until the characters are properly arranged for you. That can take a minute though and the minutes add up every time you die. I’d love to have seen what the play time looked like by the end because I imagine it must have been pretty high at the end of this.

It’s not all bad though. When you’re allowed to just go in and start blasting then the game can be quite fun. Make no mistake, the game is still incredibly difficult but it doesn’t feel as bad because you know exactly where you went wrong and how to correct it. Perhaps you tried taking on too many of them at once or something like that. You may die a lot but you don’t have to wait for anyone either. You just dive in. This does lead me to one more issue though. Each level has multiple acts in it so if you turn off the game you can continue from the latest one so long as you remembered that there is no auto save here and manually got it through. The tricky thing is if you win an act with low health then you don’t actually want to continue to the next one or you may be stuck in a loop. For example there was one level I completed with only about 1 health point left and in the next level there were a ton of enemies to defeat. I ultimately had to restart the whole level again from the first act because you can’t just pick an act to start off of. You either go to the latest one or the beginning so take that into consideration when you save.

The graphics are definitely solid though. Everything looks pretty impressive here which is important since there are so many cutscenes all over the place. You need to have a good looking game or these will probably really get to you by the end. The soundtrack isn’t quite as noticeable, I don’t recall any themes outside of the main menu. That one is pretty catchy though so as a whole I’ll give the game some kudos there. I suppose with all of the shooting it would be hard to hear the songs anyway. The length of the game is pretty good and there’s a ton of replay value as you try to assemble all of the Intel. When you put all of that together then you’ve definitely got a complete experience here.

Overall, No One Lives Forever is a mixed bag. At its best the game is quite brilliant and at its worst it can be painful to get through. That’s why at the end of the day I’d give this a score right in the middle. Even if you enjoy playing games that are super difficult you only might enjoy this game based on how it’s handled. It’s always rough having to figure things out on your own especially if you’ve already played the game many times over. After a while the level will just lose its charm. Stealth games always have a hard balance to try and attain but this game could take some notes from Carmen Sandiego or Barbie Secret Agent, both top notch games from back in their days with how they handled the stealth elements.